Might as well make a forum thread of this topic:

Apparently Kepler has spotted a star with strange (and since its far away, giant) objects in orbit around it. So strange that the likelyhood of it being non-natural structures is being brought up.

This brings us onto many topics, one of the first is the topic of the Kardashev scale. If this is something sentient, it has built something pretty advanced. And since its 1400 light years away, it has been doing this for some time.
It would be fascinating if we would see this star being covered more and more up as decades go by, even though I'd suspect it would take centuries if not millenia to cover a star up with material.

Though, I guess the primary topic is that someone is suspecting they've found traces of sentience out in space. That's sort of interesting too, as it might have effect on the Fermi paradox. So if there are super-advanced civilizations out there, and relativity isn't breakable, they'd still have plenty of time to find us. And if they wanted to keep their existence a secret, they probably should have covered up their dyson sphere construction work. Maybe its the ancient remains of a defeated civilization that merely chugs along?

Maybe its the ancient remains of a defeated civilization that merely chugs along?

If we go with aliens, this would be my suggestion. Personally, as excited as I want to be, I can't help but think it's another space-thing, rather than alien-thing.

A crowdsourced group of planetary detectives may have spotted a massive cloud of comets orbiting a distant star.

By considering the observational constraints on dust clumps orbiting a normal main-sequence star, we conclude that the scenario most consistent with the data is the passage of a family of exocomet fragments, all of which are associated with a single previous breakup event.

You mean this discovery? =p

Don't come here with your half empty glasses of rain parades Mattie.

We need dreams of a glorious annihilation from guns the size of moons!

Either way, I guess they could be chunks of something blown up, but they say that such events would leave dust that is clearly visible in these sort of scans.

They're called Pleiades and have wicked healing chambers. They splintered off from the Lyrans.

Finicky telescope people and their obsession with seeing things, and assuming the extreme.  It just gets more ridiculous every day: http://www.huffingto...kushpmg00000022

You're not really comparing the paper Duke made this thread on with people seeing shit in Mars rocks, are you?

They're called Pleiades and have wicked healing chambers. They splintered off from the Lyrans.

A Borg cube that close to our solar system?  Nonsense. 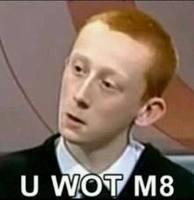 A lot of aliens have been sighted in the internet for at least 11 years. You may find many of them in this internet address

. They seem to be humanoids or look somewhat like humans.

You're so funny, it makes me angry.

Maybe with these new information, that might be mentioned in a future new episode of Unsealed Alien Files.

The human race was genetically engineered by a bunch of lizard assholes that traveled to our solar system from the Orion system. They spliced their own genes into the primate genes on Earth, 7 billion years ago, to create a new race as a cheap source of labor to mine gold for them. They made us smart enough to operate the machinery, but dumb enough to never, EVER, think outside this rotting cardboard box. You see the lizzies like to chop up and snort gold, it gets them SUPER high and helps expand their pineal glands so that they can use psychic powers and shit. Their own planet was running out of gold. So planet Earth has an abundance of gold. The lizzies are naturally lazy, cold blooded pricks, and they got super bored with mining the gold by themselves. So they made us slaveltons.

You can be retarded in these sort of topics, but it's a bit pointless in more than 3 sentences.  But to put some relevance in your derailment attempt, people came from fish, not lizards.  In fact, everything came from the same speck of bacteria that was similar to a fish.  It's not a coincidence that mammals and fish nearly all have the exact same anatomical components.  Nearly everything living has a brain, two eyes, a circulatory system, a supporting skeletal structure, and rotating limbs.  So whatever speck of bacteria was left over in Earth's waters a billion or so years ago came from something that looks very similar to what we're familiar with.  And how it got there is proof of outer life.  It was either apart of the hunk of mass Earth was launched from, or it got here by extra ordinary ways.  Space Ships... sure.  So there is, or has been life off of Earth.  Life is proof of life, but abnormal light is proof of... well... light.  There is something to see out there, but people really need to quit disheveling their hair and declaring "aliens" every time there's something they can't explain in space.

Odds are life originated on earth. Amino acids, etc. It could be that extraterrestrial bacteria had something to do with it, but that's got nothing to do with something that 'looks like us' or 'everything having two eyes and a brain'. Early life did not have a circulatory system, eyes, brains, etc. Lots of current life doesn't either. How 'bout them sponges? They're pretty different from the blood-eye-and-brain-formula. Did Spongebob visit us in the distant past, alongside the Prometheus alien guy?

Oh yeah, we were fish alright. We had to learn how to swim, and learn fast:

Our DNA seems to have been manipulated in the past by beings that passed themselves off as Gods. In the Sumerian language, the alien race of "gods" were known as the Anunnaki.

It was a collision of Nibiru with another planet in our solar system which created Earth according to many of the world's mythology.

The gods themselves had their own monarchy, with laws of succession similar to our own, and they built a global empire upon the Earth, with great cities, temples and monuments, and mighty nations established on several continents. They created mankind as a slave race to work on their farms and in their gold mines, among other things.

The Sumerian legends are very clear: man was made to bear the yoke of the gods.

Man was separate from the gods, like a domesticated animal, and there was a great cultural taboo amongst the gods against sharing any of their sacred information with humanity, even things such as writing and mathematics.

These gods ruled directly over Egypt, Mesopotamia, and the Indus Valley, and their rule is recorded in the histories of all three civilizations.

At some point, it is told, some of the gods broke rank. This is again recorded in just about every culture on Earth that has a written or oral history of legends. Some of the gods, finding human females most appealing, intermarried with them (breaking, of course, a major taboo within their own culture), and creating a race of human/god hybrids.

However, these actions (the interbreeding and sharing of secrets with humans) incurred the wrath of the Most High God, and a number of other gods who were disgusted by this interracial breeding. This sparked the massive and devastating battle of the gods that has come down to us in the legends of both the War in Heaven, and the Deluge.

Interestingly, this flood is mentioned in the legends of almost every ancient culture on Earth.

Etheric intelligent civilization created and are designated the guardians of Earth, but they were to find physical guardians also

^^ The plot thickens... my god, Pasidon... you were right! That is some fishy shit right there. Mathijis, you were wrong. There are way too many planets for earth to be the only one to have life on it, thats for sure. Case dismissed.

Mathijis, you were wrong. There are way too many planets for earth to be the only one to have life on it, thats for sure. Case dismissed.

That's an assessment I agree with, and one that has nothing at all to do with what we were talking about.

Look, you're free to spout your bullshit, but please keep it out of threads that could lead to some actual, interesting discussion. Go start a thread in the Spam Factory and let loose in there, but stop derailing other threads.