It's now been a month since I started clearing the backlog of D-day units and in that time I've managed to post roughly a quarter of them, so at this rate I should be done by February! Spending the next three months doing nothing but posting units is a daunting thought tho. So I'm going to to cutback and focus on the remaining Japanese units, I'll post some other sides units sporadically as my mood changes but most will have to wait until after the release of v3.8. Now with the bad news over with lets move on to some fun stuff

Trains have been a part of D-day since the beginning of the mod, train tracks being the first new terrain ever made for D-day. Over the years the graphics have been improved several times but they have always been used as simple map decorations. With the latest evolution of D-day's trains though you can now build and control your own armoured train units! 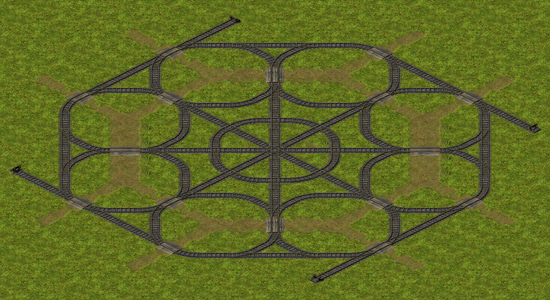 
Click of the unit names to visit their D-day wiki page for more information & pictures. 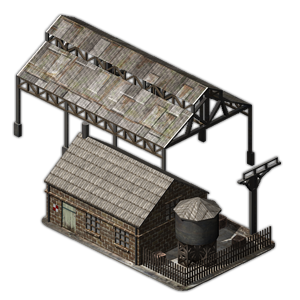 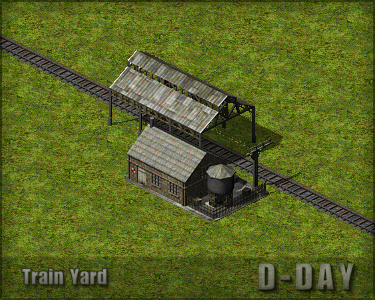 The Train yard is a Tech building that is only available on specific maps, once captured it gives the player the ability to build armoured trains. 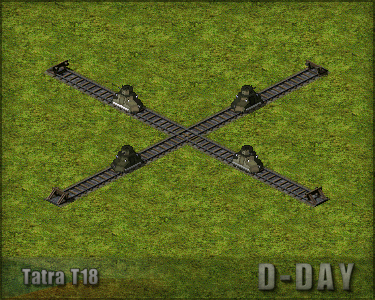 The Tatra T18 was a Czech armoured draisine built in 1925 for the Polish army. Based on the T14 cargo draisine, it was fitted with an armoured body and a turret equipped with two 7.92mm machine guns. The Polish were unhappy with the design owing to it's weak engine and slow acceleration, changing the engine would however require a complete redesign of the chassis. Nevertheless a further nine unarmoured chassis where ordered in April 1927 with the intention of building the armoured bodies in Poland, but it is unknown if this was accomplished. During the annexation of Czechoslovakia and Poland the Germans captured several T18s, they were then incorporated into the Wehrmacht and used until they were worn out. 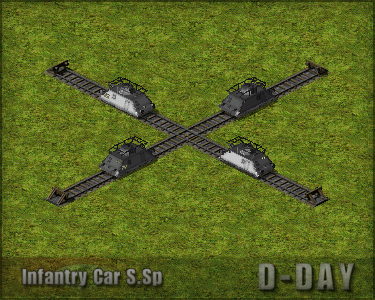 The Schwerer Schienenpanzer (Heavy Rail Tank) class of armoured train cars were built by Steyer in 1944 for the Deutsche Reichsbahnin. Although designed to operate in a train with up to 20 other S.Sp cars, they were also capable of operating independently. They were mainly deployed to the Balkans to patrol for partisans attempting to sabotage the rail network. This is the Infantry variant of the S.Sp design, equipped with a long range radio and heavy machine guns. 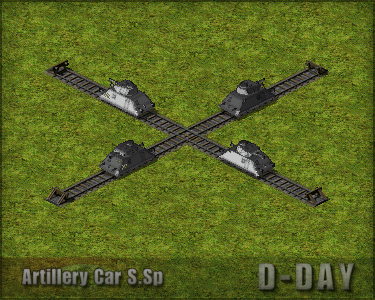 This artillery variant of the Schwerer Schienenpanzer (Heavy Rail Tank) was fitted with the turret from the Panzer III Ausf.N and equipped with a 75mm KwK 37 L/24. It was designed to provide high explosive fire support for a S.Sp train but it could also operate independently. 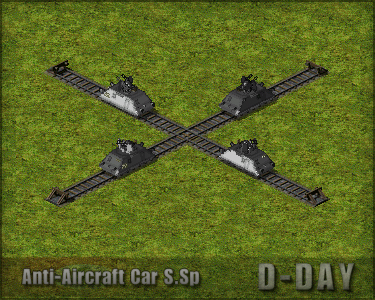 By 1945 the Allied air forces had gained air superiority over Europe, with the loss of air cover it became extremely difficult for Germany to move any troops and supplies without gaining the attention of the Allied air force who where attacking every truck and train they could find. In an attempt to combat this threat a project was started to fit the Schwerer Schienenpanzer with a 20mm Flakvierling 38 Anti-Aircraft gun. No photographs of this variant have been found and it is unknown if any were completed before the end of the war.

Also tagged with one or more of these keywords: d-day, trains