4 replies to this topic 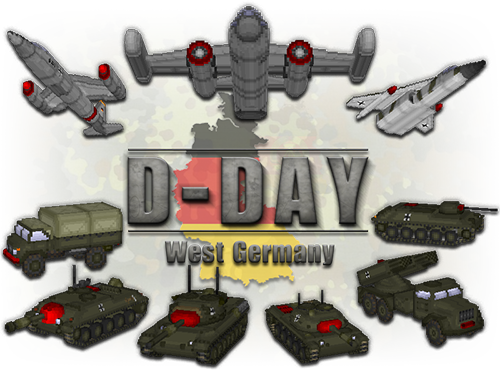 I am proud to announce the addition of West Germany to D-day as a new sub-faction. They will be playable in the Post-War time frame as an alternative to the Third Reich. While the normal Third Reich faction makes use of prototypes and paper projects designed during the closing stages of World War II in a hypothetical scenario where the war continued on. The West German faction on the other hand uses equipment developed in the 1950's and 1960's for the newly established Bundeswehr, as in our real timeline. The addition of this sub-faction lets players create Cold War scenarios gone hot as you stand with you American and British Allies to fend off a Soviet invasion of Europe. Access to the West German sub-faction is done in the same manner as the American Marines sub-faction, where after deploying your construction vehicle you are given the choice of two factions to pick from. Once chosen you will not be able to change sub-factions for the rest of the game. 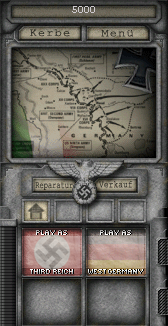 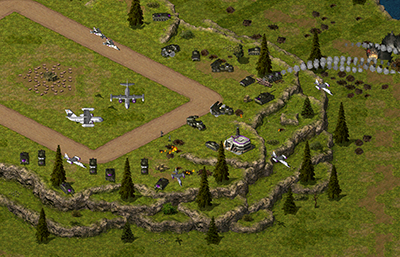 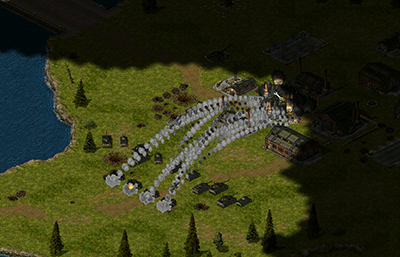 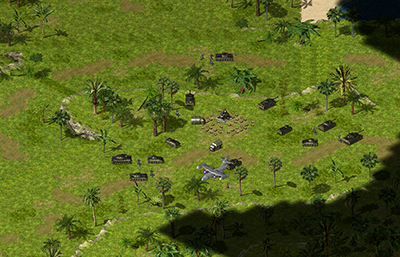 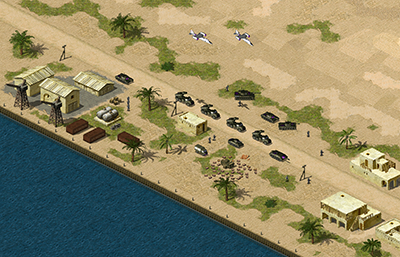 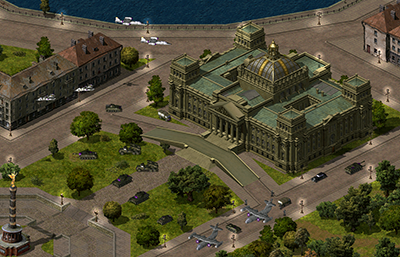 Here is a more in depth look at the units available to the West German sub-faction. As usual for more information and pictures click on the unit name/animation to view their D-day Wiki page. 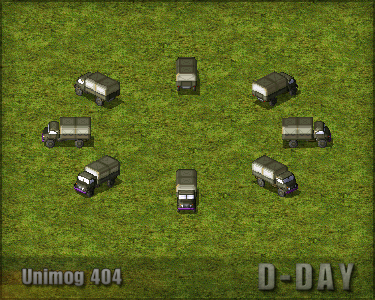 Development of the Unimog series of trucks started in 1946 as a truck that could also be used as an agricultural tractor allowing great versatility for farmers struggling in the post-war period. The first prototype was ready at the end of 1946 and after trials and adjustments was put into mass production at the end of 1947. In 1951 Daimler-Benz bought the Unimog company and in 1953 launched two new versions, the 401 and 402. In 1955 with the formation of the Bundeswehr Daimler-Benz designed a new 404 version of the Unimog truck specifically for military service. Production started that same year and continued until the 1980s, with various upgrades being made over the years but still keeping the same rugged and proven design of the original. The civilian version of the Unimog also continued to evolve over the years and remains in production this day.

Note: In game the Unimog 404 is used as a supply collection vehicle 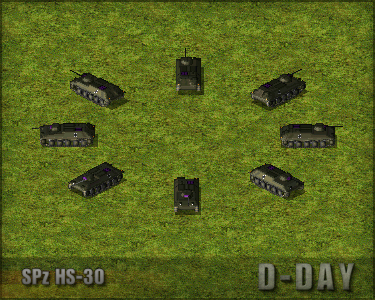 The Schützenpanzer HS.30 was a infantry fighting vehicle developed by the Swiss company Hispano-Suiza for the Bundeswehr in the 1950's. It was the first armoured vehicle to be developed for Germany after World War II. Unlike other armoured personnel carriers that were in use at the time the HS.30 was fitted with a turret equipped with a 20mm auto-cannon. This gave it the ability to engage enemy infantry and unarmoured targets, making it arguably the worlds first infantry fighting vehicle. The HS.30 was authorised for production before a prototype was ready and tested. This meant that early production versions suffered from many problems, especially with the engine and transmission which were originally designed for a lighter vehicle. This rush into production along with an inordinate order of 10,000 vehicles (much more than what was required) raised some suspicions. An investigation revealed that personnel associated with the procurement process and several politicians had received in total over 50 million Deutschmarks in bribes for their support of the HS.30, creating a scandal within the German government. Eventually the early problems with the HS.30 were worked out and the order reduced with only 2,176 being built between 1958-1971. 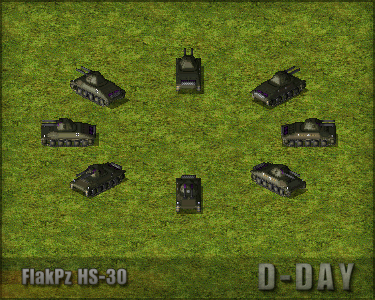 The Flakpanzer HS.30 was an anti-aircraft system developed by Hispano-Suiza on the base of the HS.30 infantry fighting vehicle. Two different prototypes where built in the mid 1950's, one using duel 20mm guns and the other fitted with a larger turret equipped with duel 30mm cannons. Neither of the designs were put into production, further information is limited and the fate of the prototypes unknown. 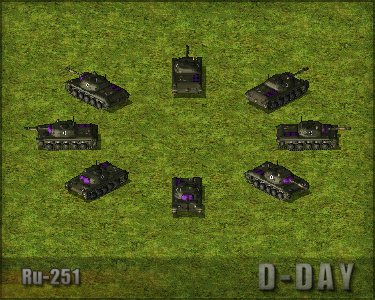 The Spähpanzer Ru 251 was designed in 1960 to replace the M41A1 Walker Bulldog that the Bundeswehr had been using in the reconnaissance role. Prototypes where built in 1963/64 and underwent testing, it was however decided to cancel the project as the newly deployed Leopard 1 tank was just as if not more capable of fulfilling the intended reconnaissance role. Documents related to the development of the Ru 251 are still considered classified material by the Bundeswehr and the surviving prototype is kept in a secure storage facility, as such there is only basic information available and a few photos from during it's testing. Recently someone working at the storage facility managed to take and release several photos of of the prototype tho, marking the first time it has been seen in several decades. 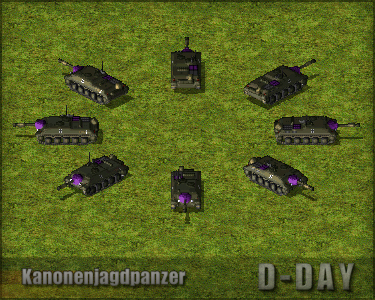 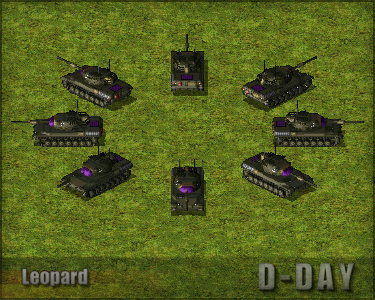 Development of the Leopard tank started in 1956 as a part of a joint project between Germany, France and Italy to create a new standard European tank (a.k.a. the Europa-Panzer). In 1960 Porsche, Rheinmetall (Germany) and AMX (France) submitted prototype tanks for evaluation. Disagreements in the design and manufacturer of the tank put a strain on the project and political changes in France further exacerbated problems. So Germany and France decided to end the partnership and continue development of their own designs independently. For Germany Porsche's design was chosen and after a second prototype and a limited run of 50 pre-production vehicles it started mass-production as the Leopard tank in 1964. The Leopard went on to also became a huge success on the export market, being bought by many European countries thus largely fulfilling it's originally intended role of being a standard European tank. While being largely replaced by the Leopard 2 in Europe the Leopard 1 is currently still in active service in several South-American countries. 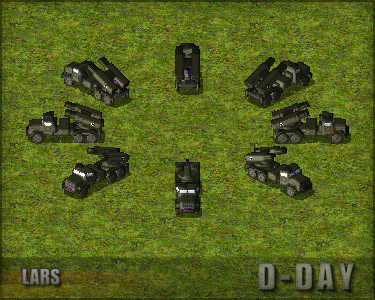 The Light Artillery Rocket System or LARS was a multi-barrelled rocket launcher fitted on the back of a Magirus 6x6 truck. It could fire 36 110mm rockets which could be fitted with various warheads ranging from anti-personnel, anti-tank and parachute equipped mines. Development started in the mid 1960s and it came into service with the Bundeswehr in 1969. In the 1980s the system was upgraded by changing to a new armoured MAN 6X6 truck which is know as the LARS 2, with the original design becoming the LARS 1. In 1998 LARS was replaced in front line service with the American M270 MLRS but two hundred of them are still in reserve storage. 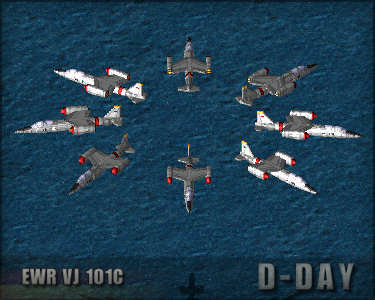 During the Cold War the West German Airforce expected their airfields to be a primary target in any conflict with the Soviets. To counter this they planned to adopt a mobile strategy with heavy use of new VTOL aircraft that in a time of war could be operated from makeshift runways or the autobahn. To fulfil this new strategy Heinkel (VJ 101A), Messerschmitt (VJ 101B) and Bolkow all submitted different designs for a new VTOL fighter/interceptor. Instead of making the three companies compete for the production contract the Defence Ministry encouraged them to work together, so in 1959 the three of them joined together to create the EWR (Entwicklungsring Süd) consortium. The new jointly designed VJ 101C incorporated the best features from the original concepts, with Heinkel's wing mounted engine pods and Messerschmitt's fuselage lift fan being combined to provide the aircraft's VTOL capability.

In early 1960 a rudimentary test rig was built to test the feasibility of the VTOL engines, a skeletal prototype was then built and in May 1961 underwent testing on a telescopic column. Work continued on improving this prototype and in March 1962 it was able to fly freely on its own. With the success of these tests a full prototype (X-1) was built and flew for the first time on April 10th 1963 and the first transition from vertical to horizontal flight was achieved on September 20th 1963. On September 14 1964 the X-1 prototype crashed and was destroyed during take-off, it was later found that a roll rate gyro had been installed backwards causing the autopilot to malfunction. A second prototype (X-2) completed in mid 1965 and along with fixes to the autopilot it also featured newer engines fitted with afterburners, it achieved its first VTOL flight on October 22th 1965. Testing of the X-2 prototype continued for several more years and plans were made for construction a larger and more advance EWR VJ 101D design, however changes in strategic requirement meant that interest in the EWR VJ 101 diminished and in 1968 the project was cancelled. The X-2 prototype survives to this day and can be found in the Deutsches Museum in Munich.

Following the cancellation of the VJ 101 EWR continued work on several conceptual designs (The AVS project in partnership with Boeing and the EWR A 400 STOL Design Study), these slowly evolved the original VJ 101 design and culminated into the Panavia Tornado. 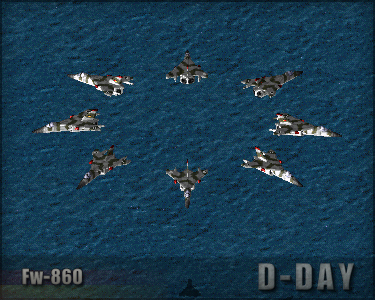 The Fw-860 was an unique VTOL aircraft designed in partnership between Focke Wulf and the French company SNECMA, the French version being known as the AP 519. While most VTOL design used lift fans or rotating engines to achieve vertical flight the Fw-860 instead would take off and land on it's tail, in a similar fashion to a rocket. This tail-sitting method while requiring complex landing gear had advantages of needing less complex VTOL engines, saving wight and space within the aircraft making it possible to produce a more compact design. A major problem with this design though is that the pilot's view is restricted to looking up vertically at the sky when taking-off/landing, to solve this the nose section of the Fw-860 would be able to rotate 90 degrees giving the pilot an unrestricted horizontal view. This unusual aircraft never left the concept stage and work instead moved to more traditional VTOL designs. 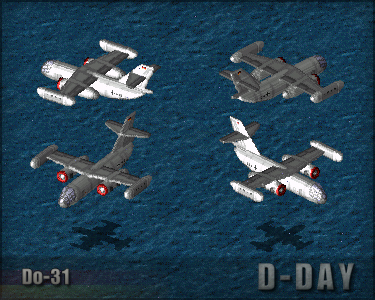 The Dornier Do-31 was a VTOL transport aircraft designed to be used along with the EWR VJ 101 VTOL fighter plane as part of West Germany's mobile defense strategy. Development of the Do-31 started in 1959 with a test rig being completed in 1962 which was used for several years to work out the problems with this large and ambitious design. Three different prototypes were then completed during 1967. The first prototype (Do-31E1) was only fitted with Bristol Pegasus engines for testing the standard horizontal operations and flew for the first time on February 10th 1967. The second prototype (Do-31E2) was used for static ground tests and never flew. The third and final prototype (Do-31E3) was fitted with both Bristol Pegasus engines and the Rolls-Royce RB162 lift engines and was capable of full VTOL operations, its first flight was during July 1967 and the first vertical take-off was achieved on November 22nd 1967. During the 1969 Paris air show the Do-31E3 gave a demonstration, during which it set world records for speed, distance, altitude and speed and duration over a course. The Do-31 remains the only jet powered VTOL transport aircraft ever built and as such these records have yet to be challenged. Unfortunately for this unique aircraft changes in strategy and the high cost of the project lead to its cancellation in 1970. Dornier also put forward a proposal for a larger civilian passenger version called the Do-231 but couldn't find any airlines interested in purchasing it so it failed to leave the drawing board. Two of the prototypes still exist today, Do-31E1 can be found displayed at the Dornier Museum in Friederichshafen and the Do-31E3 prototype is located within the Flugwerft Schleissheim aviation museum in Oberschleißheim. The second prototype Do-31E2 was scrapped soon after the project was cancelled.

'Third Reich' is misspelt as 'Third Riech' on the subfaction selection

Yah I noticed that just before I posted

Another frieckin awesome JOb Migeater, now I really can't wait for the next update to come, been waitin for awhile, but hey keep up the good work