11 replies to this topic

Hello guys, I really hope you can help me out on this, well my graphics card is a Radeon R7240 2GB and as the title says the water reflections look green when they should be blue, I don't know how to fix this, I've tried everything, reinstalling the game, changing compatibility mode on Windows 7 64bits and even tried with different patches, 1.06 and 1.09 and still have the same problem, I mean it's not a problem for the gameplay but I would like to fix this. I have some screens for you guys to see. This happens specially when I rotate the camera, so the water reflections look green just in some angles of the game as the pictures show. This issue happens in BFME 2 and also the ROTWK. Thank you so much in advice! This happens in almost all the maps, but can be seen clearly in the Fords of Isen 2 map, or the Shire map in the evil campaign edition in BFME 2. Those maps with very clear blue water. 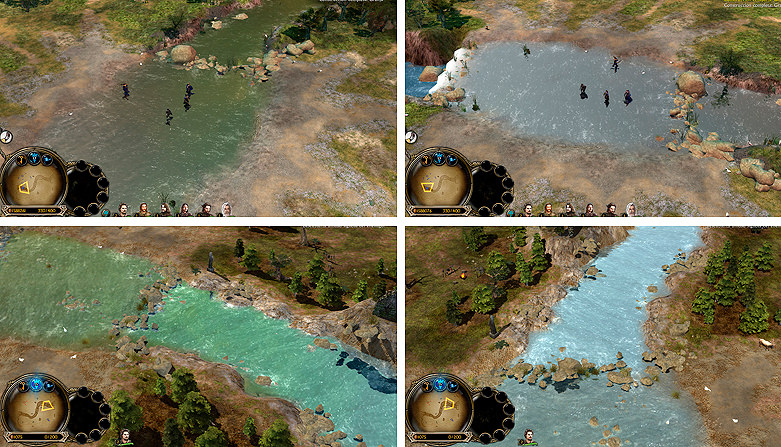 I have another computer with a graphics card Nvidia R210 Silent 1GB and the water looks blue as it should be, why does this happen? is it a game incompatibility due to the age of the game?. Is  there any way to solve this problem of the  green reflecitons? I'd be very grateful for all of your help! 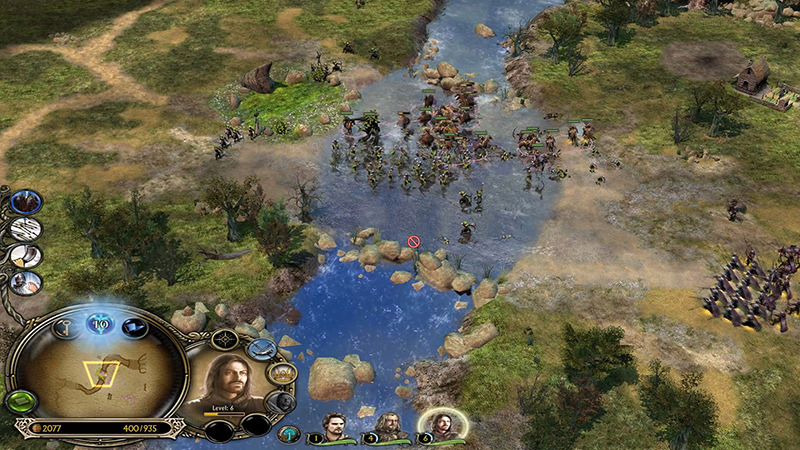 Here you can see the images in high detail if you want to look closely.
https://imgur.com/a/nvCTDXQ

I don't know how to fix this, but I think the first pic looks neat. That's a really cool shade of green. Hey there, thank you for answering, I installed The Age of the Ring mod, and while I'm using the mod the water shows blue as it should be!, what could this be? is it a texture? could I replace a file of Age of the Ring mod to the original game to fix this issue?. please help, I'm so close to solve this. I tried to replace the assets.dat file from AOTR mod to the original game, but didn't work.

I don't think that would work at all and would probably mess up your game.

look at your graphics card settings

Did you put the game on the highest graphics settings?

If so as Miraak says, it could be your graphics card messing with certain settings, at which point you would have to look at the settings in there.

Hey Ridder Geel so glad to see you here

But I found another problem, when I'm playing with the Age of the Ring mod, the water looks blue but suddenly after changes to dark, and then goes back to blue, and then changes to dark once again remaining like that. Here's a picture.  Could this be a problem in the Age of the Ring mod? Because in the normal game ROTWK this doesn't happen. Thank you so much in advice!

I don't know what could cause that issue but it looks like the skybox is temporarily disabled and enabled. Check out the same map in the vanilla game and see if it does the same.

How up to date are your drivers to your graphics card?

I've experienced the skybox reflection disappearing on maps. It was pretty intermittent though.

Iam due to update my drivers and the only times I've seen this happen is when I need an update.

It's a crapshoot though.

It may be because the AotR skybox is going in and out of the map's fog. The skybox issue is certainly is a different issue to the green water reflection issue.

Hey there guys! thank you so much for your awesome help and for taking your time to answer!. Yeah it's exactly as Matt and njm say! you guys see I just noticed that, in Age of the Ring the skybox is intermittent and also I tested on Edain mod and happens the same, while on the original ROTWK and BFME 2 games this doesn't happen at all. Like the green water reflections Matt I fixed that updating my graphics card, but this issue of the skybox is different as you well said.
Matt, for example, when I take my units close to the river in AotR and Edain mods and the map's fog starts moving the skybox becomes intermittent, testing the Edain mod I could see this with more detail, here I share you screens guys.
As you can see, in the first two pictures I'm playing the Edain mod in the Shire map and the issue occurs. But then in the third picture I'm playing in Fords of Isen II (Edain Mod) and the skybox is different, it has a different texture and surprisingly the issue doesn't occur with that texture in that map. What could this be? Does it have a solution or is just a certain problem in the mods?
Thank you so much in advice guys!

Okay, I think I fixed this skybox issue in my Kingdom of Erebor map. It might be on certain maps that this happens.

Back to BFME2 & RotWK Modding