A late new year update, 2018 brought Essence nearly to completion. As of now, all of their infantry are done, with only few units and maybe 2 buildings left. Most likely, I'll be now moving to Paladin infantry and Vintarid buildings.
But first, a summary of what was done in 2018. 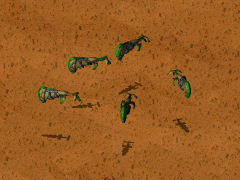 The Aphrodite Patrol Craft is an AI-controlled, low-altitude agile aircraft, meant to serve same roles in an army as a typical attack helicopter. 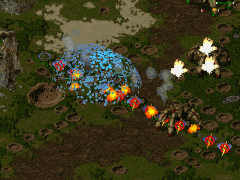 An easily accessible source of energy for any Essence military base. They can be overloaded if the situation requires, releasing an electromagnetic pulse that disables electronic devices in vicinity. 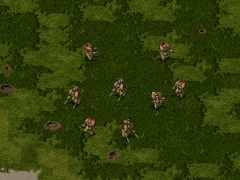 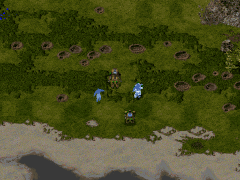 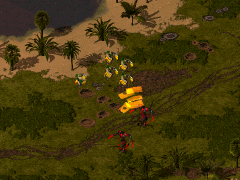 Kerberos Powersuit: With dimensional portals available to transport troops and vehicles, it's logical they would also be used to transport ammo and payload to the battlefield. This powersuit puts that into practice.
Revenant: The dimensional portal technology doesn't come without drawbacks. When one of the side effects is being fused with your powersuit and going insane, dying in a violent eruption might be more preferable.
Prowler: The suit uses a miniaturized nuclear reactor to allow movement, including high-speed flight. The power can be diverted into a metallic wire that turns into plasma as it's flung at an enemy target. 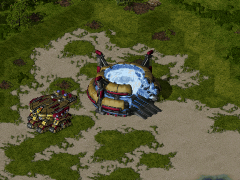 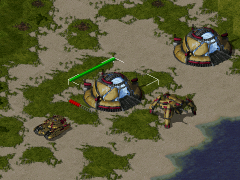 Elysium Access Point: One of the main reasons to gather so much Crystalline, these structures sustain portals to a place called Elysium, where EssentialTech is building something unprecedented.
Gateway: Various kinds of Gateways exist, some used to access Elysium itself, others to transport ordinance between different bases. 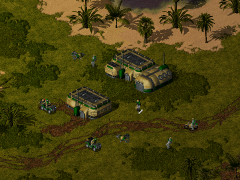 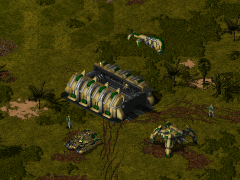 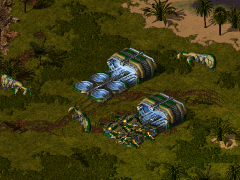 Barracks: These quick to field and highly customizable containers are widely used in military operations involving EssentialTech, either as barracks, equipment storage, field hospitals, or for civilain housing.
Assembly Plant: An EssentialTech drone manufacture line, modified to assemble heavy vehicles such as tanks.
Portal Catapult: Portal technology allows Essence to accelerate or decelerate an aircraft as it passes through another dimension. This eliminates the need for large runways. 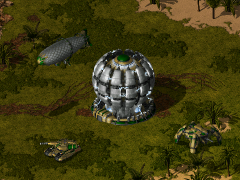 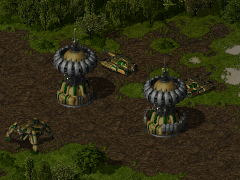 Auroral Resonator: The pinnacle of EM wave weaponization, it can manipulate current weather conditions into their extremes. Or, ironically, prevent other means of affecting it.
Amplifier Node: The radio waves it generates cause a fatal resonance in the alien flyers, destroying them when conventional weaponry remained ineffective. 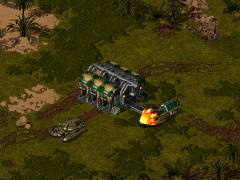 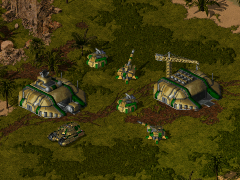 Crystalline Containment Cell: This building was designed as storage for various chemicals and toxic materials. With additional modifications, it can keep the stored Crystalline isolated from the surroundings until it is properly utilized, making nearby personnel safe.
Armory: A small assembly plant inside each Armory allows Essence outposts to construct defenses and stall the attackers until reinforcements arrive.


That's it for now. Have a Happy New Year!