Work on Patch 3 is almost on daily basis. From models, maps and audio to AI improvement, game balance and bug fixes.
You already know that our Patch version is more like a new Contra version, rather than patching missed things and errors.

Because of that, please have some more patience. Still, we need to show some work in progress.
Few new models and visual improvements. 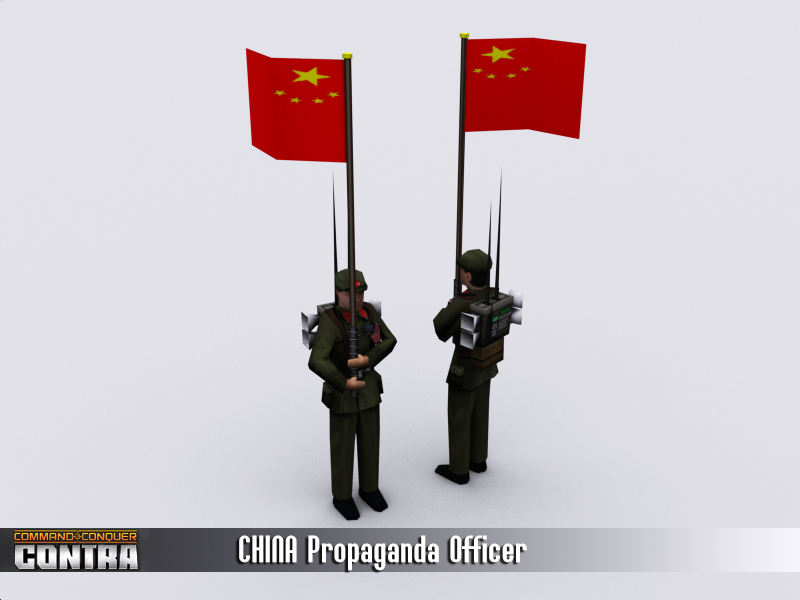 - New addition to China Infantry general is "Propaganda Officer". Lately, we are focusing on Infantry general's play style. We want to improve infantry hordes and encourage player to use infantry units, rather than relying only on Troop Crawlers. Troop Crawlers are still there, and it is good to have them as support and transport units, but soldiers are what you need if you play Infantry General. Propaganda Officer is available at rank 1 and as his name tells, he grants propaganda effect to your units.
Voices are amazingly done by our Voice Actor Matthew Vanston. 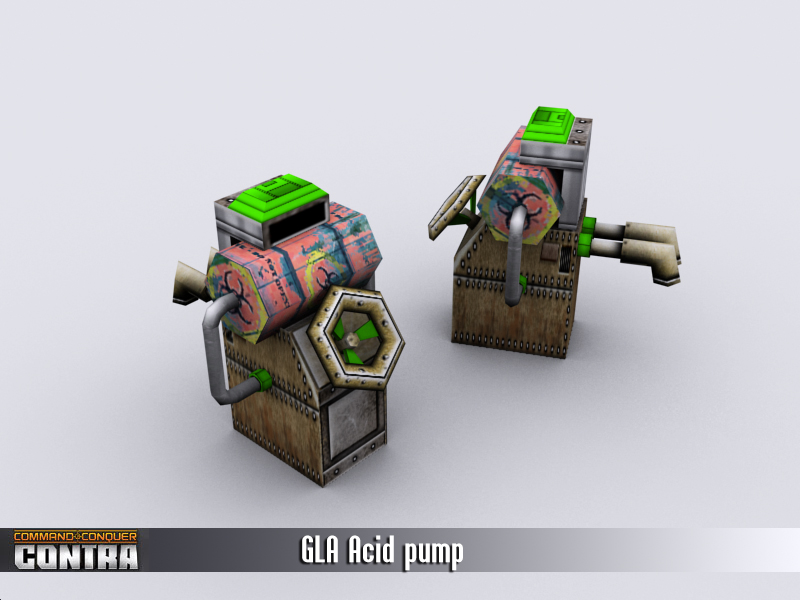 - GLA Chemical general "Acid Pump" is now a separate structure. So, now you can build both Toxin and Acid Pump for your defenses. This means that they finally have an automatic fire mode. 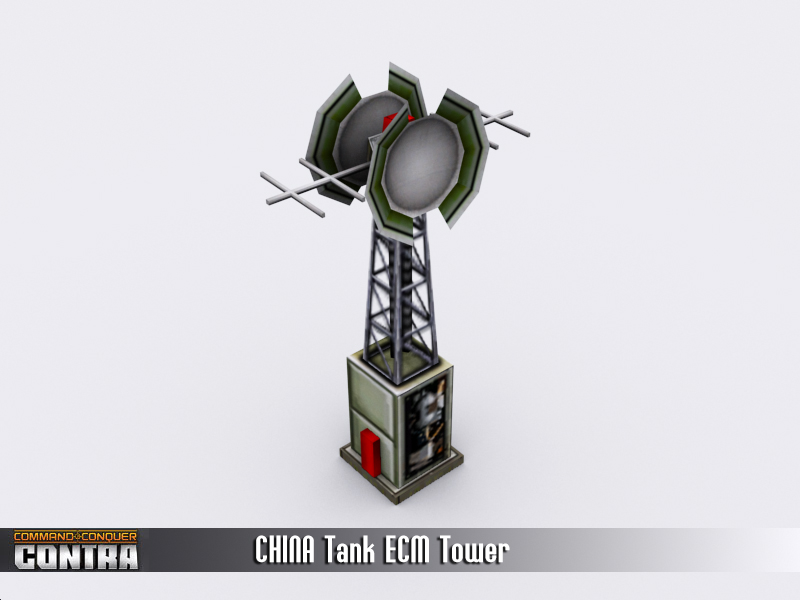 - China Tank General's early gameplay was sometimes unfair, because of the ECM tank unit. When you are Airforce general, or Cybernetic, or most of your arsenal is rocket-based, and Tank General has 2-3 ECM tanks in horde, it was extremely hard to do some damage and to get rid of them. That's why we removed ECM tank from early game and added "ECM tower", which can be built almost as easy as Propaganda tower. They have a bigger deflection radius than the ECM tank had last time. You can protect your base from fast attacks or advance with them slowly. 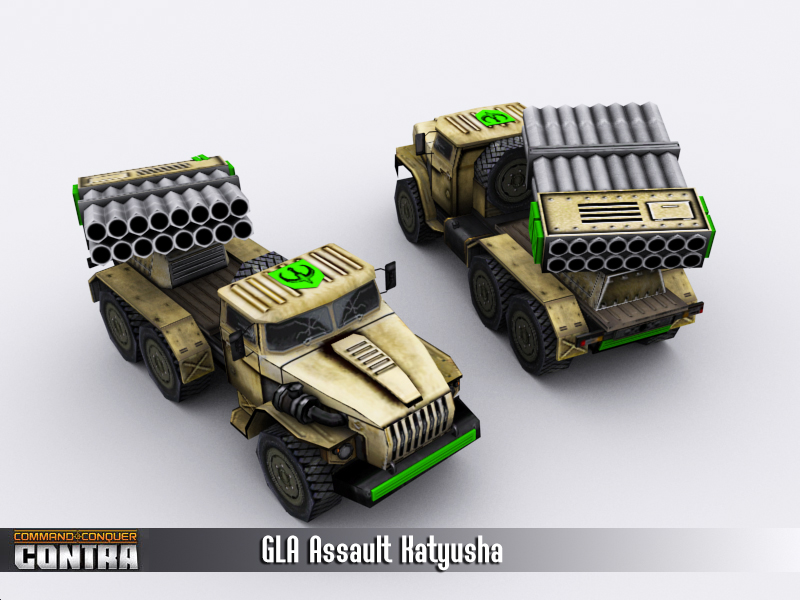 - Most of the units got redesigned parts, which improve their visuals. Showing all of them would be too much for this update, but here is the one that is easily recognized. "Katyusha" got remodeled back part, as well as turret, which can now pitch up and down. We've done our best to rebalance this unit as well.

- Another thing which we are working on, are small details for structures. Meaning, each general's structures which are shared with other generals, got unique objects as details. Most of those objects can be seen on Command Centers in previous versions. So far, GLA structures are made. Assault has scrap parts, rockets and barrels. Chemical has pipes, headers and chemical barrels. Demolition has explosive barrels and C4 charges. Stealth has surveillance equipment installed. 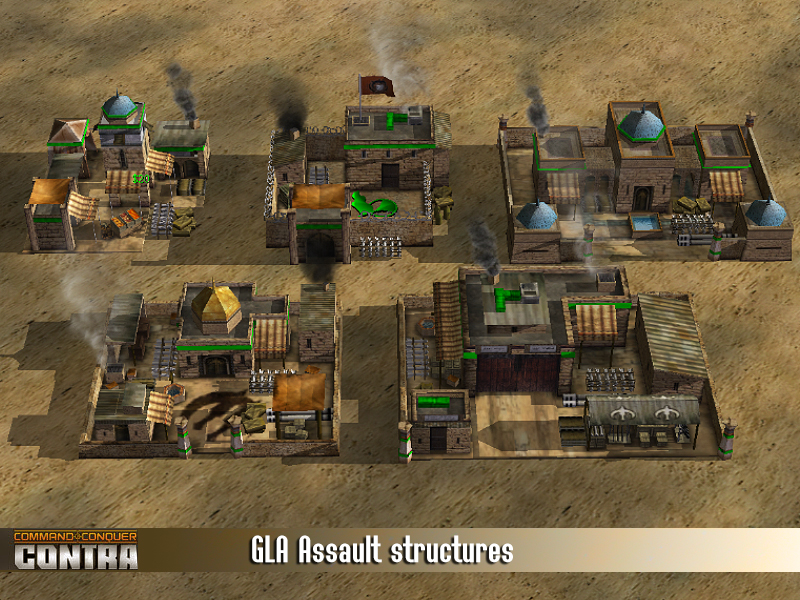 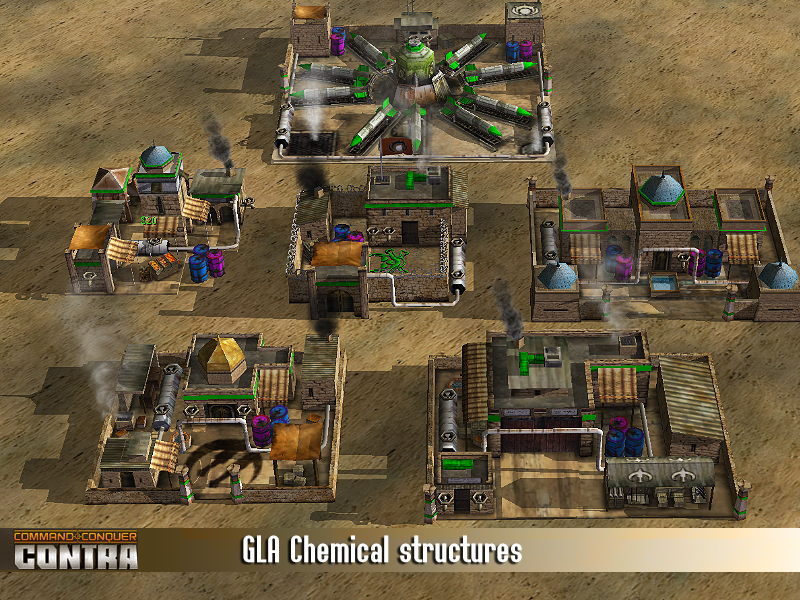 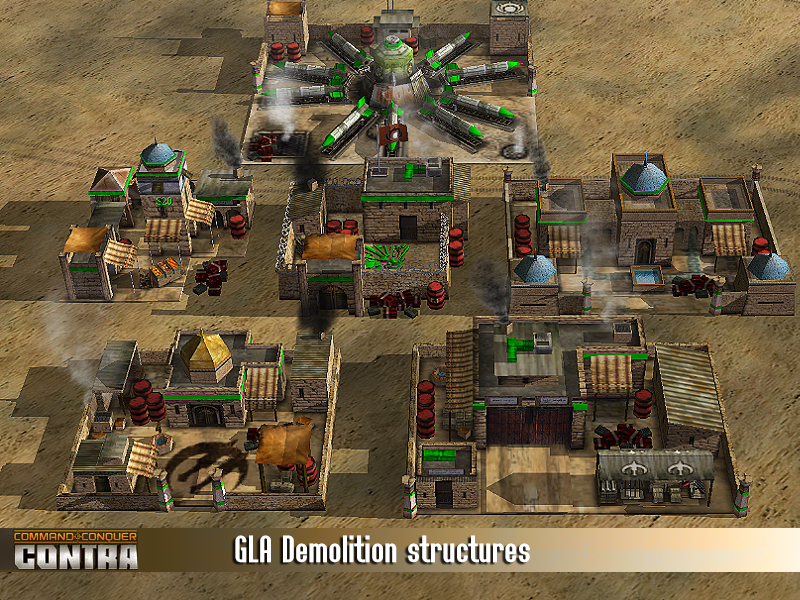 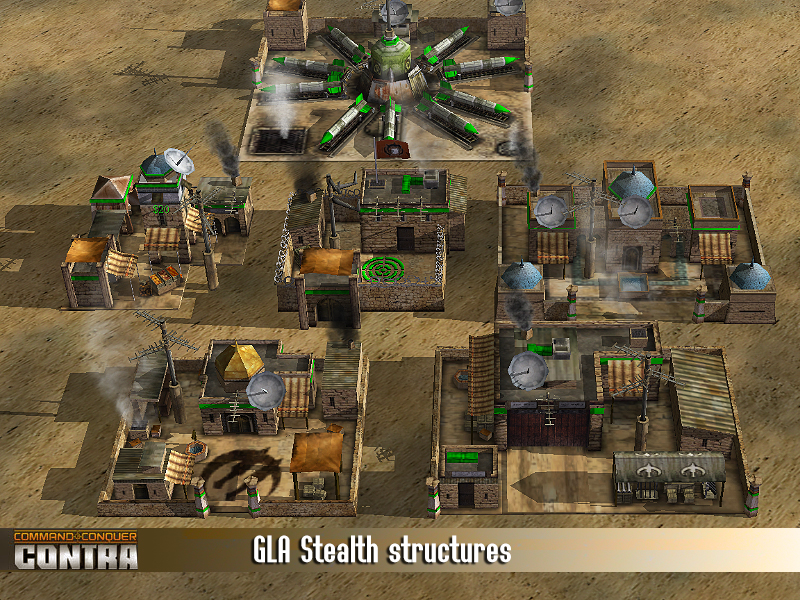 - And another big improvement is lately done by EmperorAlexander.
He is our new member and he works on particle effects. By now, he has done tons of new effects, but here is just a sneak peak into some of them. 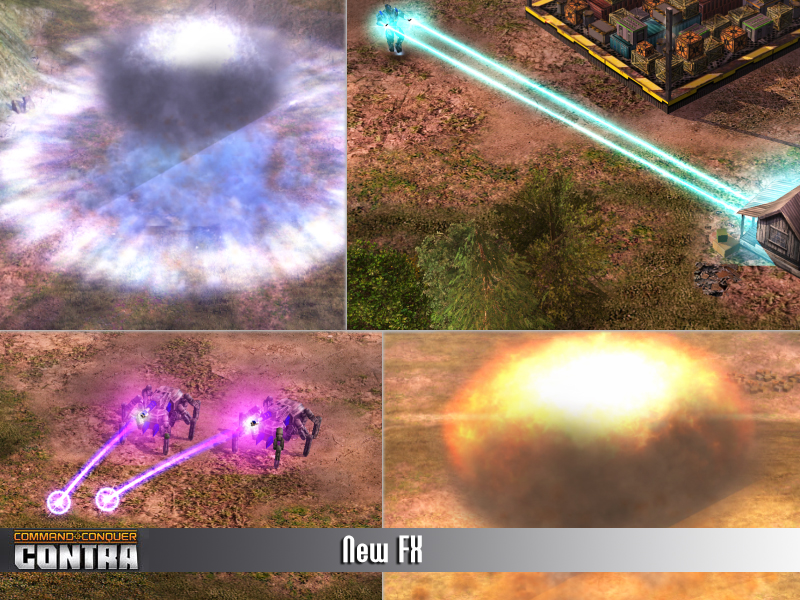 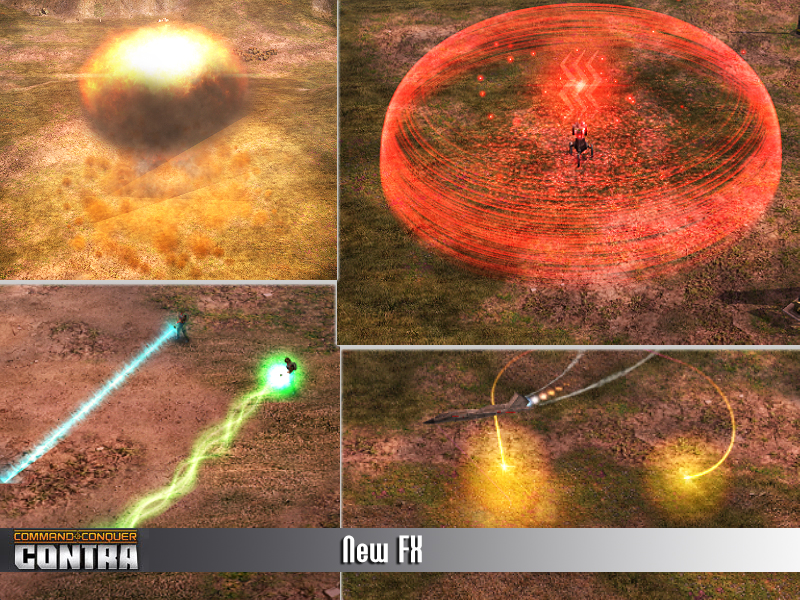 **** At the very end, we need to say big thanks to people who supported us through donations. We will publish their nicknames in a new section in the mod credits with the next release. If you want, you can also support us and help with our development. ****