So, just recently Red Alert 2 has had its 20th Release Anniversary! The game and its community's support has been going strong for the last two decades, so hopefully the trend continues through all the interesting projects that focus on this bizarre war between the Blues, the Reds and That Other Bald Guy. As I used to say, Long Live Red Alert 2, still the best game in the series. Given the success of the Remastered Collection, who knows, perhaps a revival of it is potentially on the table in the future. I'm sure you're just as curious to what the future of Command & Conquer holds as I am. 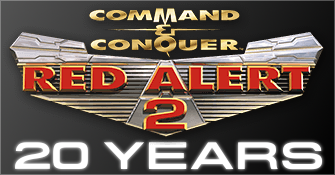 Now here's the thing. The set of final 8 missions of Mental Omega is built around a single narrative, telling one story from different perspectives. This means, they can only be released together, all at once. Due to various circumstances, as of this moment 5 out of the 8 final missions are finished. This has generally been a difficult time for all of us, and in our team we only have so much of our free time that we can spend on this project. After all, studies, work, family take precedence, especially now. We are getting to the end, but I can't exactly say when we will - these last missions are rather complex and demanding to design, and we want to make sure they work just as well as we intend them to. With all that said, everything else is ready and so we are going to release this update to you as-is. 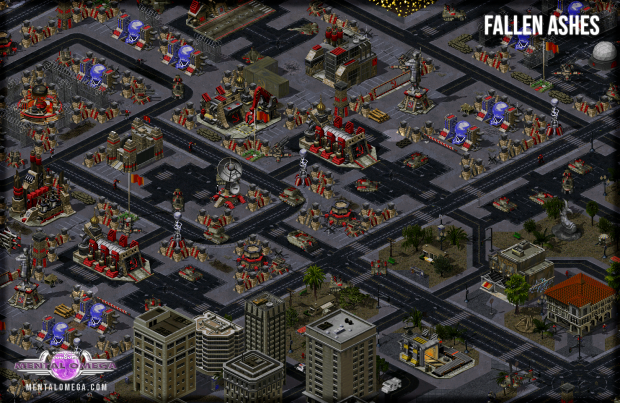 A lot has changed since the last release, the Mentalmeisters team has welcomed new members, thanks to which a major overhaul of the entire campaign was possible. All of our singleplayer and multiplayer missions have been heavily revamped, with their visuals, script and even bits of lore reworked to various extent. We have further adjusted the difficulty of the campaigns, making sure that Easy setting, now known as Casual, becomes more accessible to everyone, while Mental retains, if does not up the challenge a bit.

In addition to this revamped campaign, we have prepared 6 new Special Operations and 1 new Co-Op, which replaces one of the previous maps. Yes, that is the name we'll be going forward with for this set of additional missions, since sometimes there's confusion between Covert Ops and Co-Ops. Do note that these Special Operations have been designed by different mappers than the ones currently working on the remaining final missions.

This update also gives all of the previous Special Ops their proper unique loading screen. 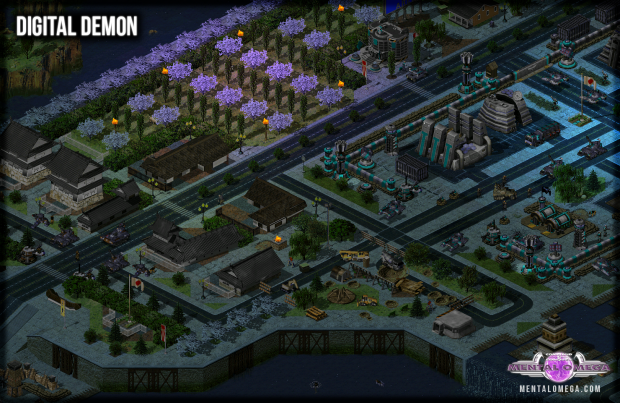 As you could expect, new Challenge maps have been designed and added to the game, four of them.

The skirmish map pool expansion is the biggest one yet for a single update - over 100 new maps to fight on! Many of these maps use new terrain tiles we have prepared for this patch and some of them are designed as interior. 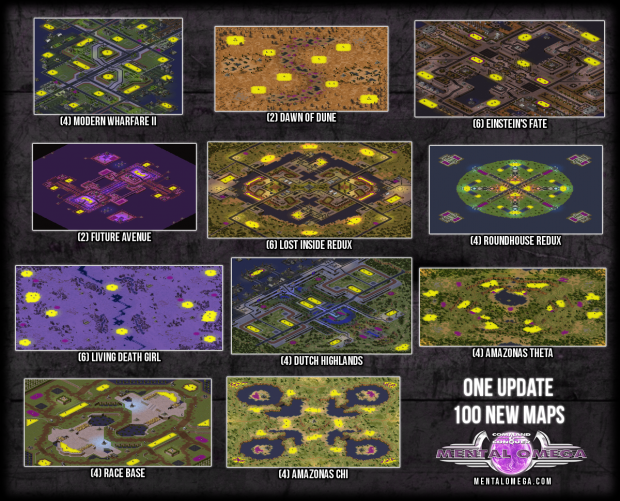 As always, for a complete list of authors of the big everything see our Credits page.

It's been a while since the last update, so there's a whole lot of changes to talk about. There are many new additions, bugfixes, quality-of-life changes, in addition to the balance of the game being heavily revamped, to the point that I suggest you head to the complete changelog right away. In this newspost I will only highlight some of them. 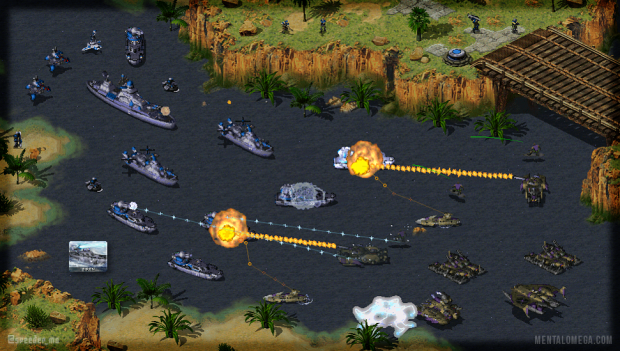 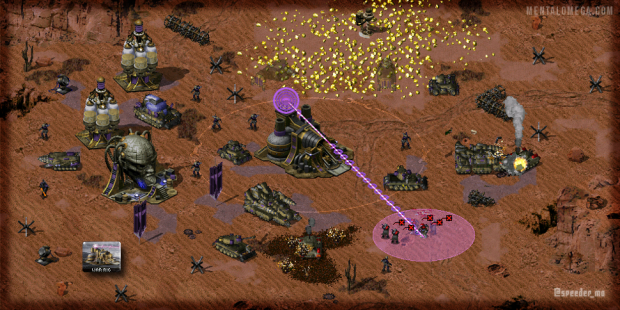 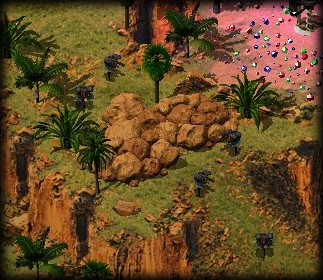 Again, you can see the complete list of new additions, changes and bugfixes under the following link: 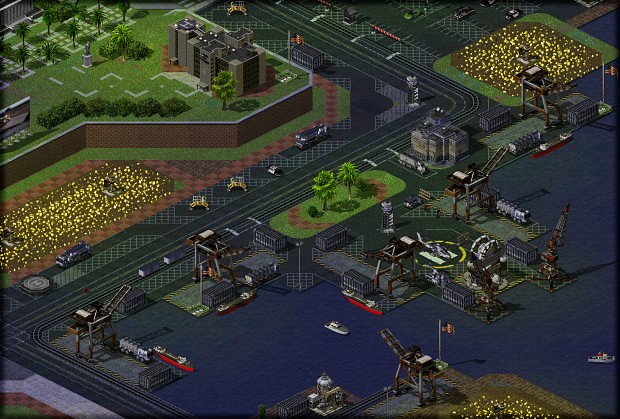 Expect this update to drop within the next few weeks. Once it's out, send us all the feedback at the usual places. The final missions will be released eventually, together, but that's all I can say for now.

If you'd like to help develop Mental Omega, write an e-mail to mental.omega.apyr@gmail.com
We always welcome additional Voxel Artists, 3D, SHP & Animation Artists and Mission Designers.
Single contributions are also welcome and will speed up further potential development of the mod.

Quick question, what are the Ultra Dome and Warp Node? Haven't seen those yet, I think...Unless the Ultra Dome is the new Yuri building with the blue vats and the Warp Node is the name change that accompanies that art change for the Coordnode (seen in the Hyperion screenshot)? Also, are the Tank Killer and Hydra Cannon now buildable for the Soviets (we've seen them in a few screenshots)?

Oh, and the link to the changelog doesn't lead to the actual changelog, but a blank page.

EDIT: Nevermind, the changelog issue has been fixed.
EDIT2: Actually, it works on the forum post link, but on Mental Omega's website, the changelog there still links to a blank page. Also, for some reason, the top 2 images in the OP in this topic aren't loading for me? Same with many of the images at the bottom... O_o

P.S. - This is really cool, this update really feels like an "expansion pack" to Mental Omega 3.3.4.

Hope the revamped missions are much harder. After beating the missions a few times, it just doesn't feel as hard anymore.

One other thing I can't help but comment is the removal of skyrays and the limit of 2 hyperions. This significantly nerfs pacific fronts aa.

Any word on when 3.3.5 will go live? I'm not trying to rush or sound impatient, I'm just curious.

Congratulations for this excellent work, it is amazing the playthrough and the intensity of all the missions!