Hello everyone!!!
A lot of time passed since our last update, but this doesn't mean we stopped working on the mod.
This year was weird and strange for all of us, we can agree on that.
Current situation caused unpredicted stuff in our real life, but still we try to find time and inspiration for continued work, even though most of the times it doesn't turn out as we wanted.
All of you were kind to us, supported us, and once again you voted for us and helped us achieve TOP 100 in MOTY.
Please, throw a vote for us one more time, so we might have a good score in top 100 too -> https://www.moddb.co...he-year-awards/
This means a lot for us, and in order to return a favor we decided to post an article about progress.
Besides dozens of balance changes, there are also many visual updates and improvements.
Here are some of them....
- All USA factions (besides Cybernetic general) got new Machine gun defense structure. Patriot turret was universal defense, effective vs all types of units (infantry, vehicles, aircraft, structures) and often it was used and abused for early rush, in combination with cheap structures like Barracks with upgraded Security Systems. This often lead to early game deciding moments with building Patriot near enemy supplies (mostly vs China). In order to change this, and make game more fair, Patriot defense is now barely effective vs infantry units (such as RPG-s), and none of the USA structures benefit from Security Systems, except Supply Center (Security Systems damage is increased since it can be only used on Supply Center). New Machinegun defense is cheap and does not consume power. It is effective only vs. infantry and light vehicles. Can be upgraded with Flashbangs to stay effective in the later stages. Rushing with USA dozers is harder now, since you need to combine both Patriot and Machinegun defense to cover all targets. 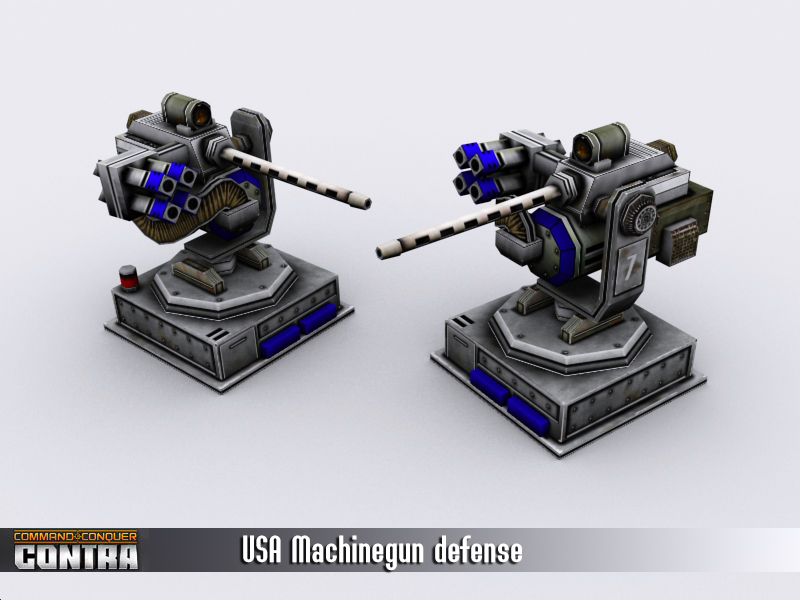 - Most of the visual changes were focused towards Laser general, and his unique way of playing. Unlike all other generals (except Cybernetic general), Laser general favors gaining experience the most. Basic laser powered units, with each veterancy state change too. We saw it in patch 2 already, but now laser colors are corrected, experience gaining through destroying targets is harder (currently you need 20% more EXP pts for rank up). Laser powered units do have help gaining veterancy, and it is through 3 generals powers. Veterancy generals powers are linked and accessible at rank1, rank3, and rank5 game phases by the cost of 2pts each.
Biggest change is their visual update, which helps you determine which laser damage currently they have (red, green, blue, violet). 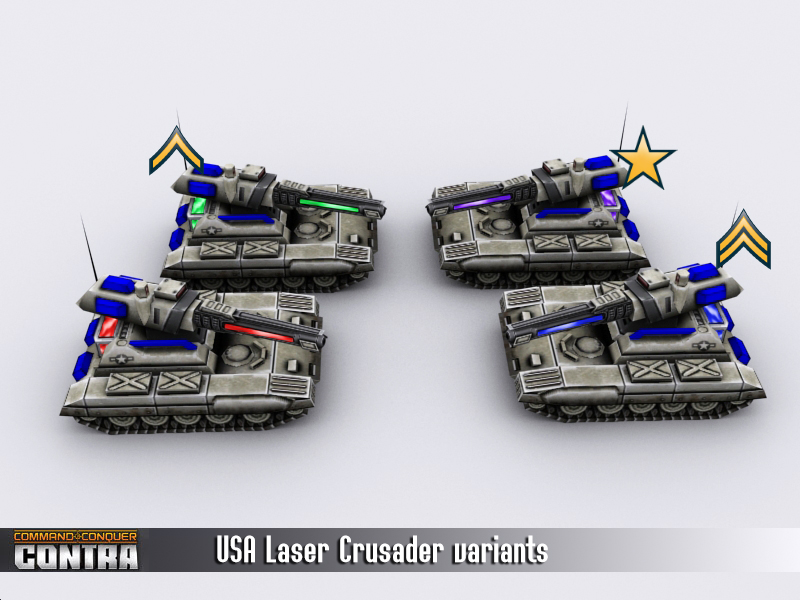 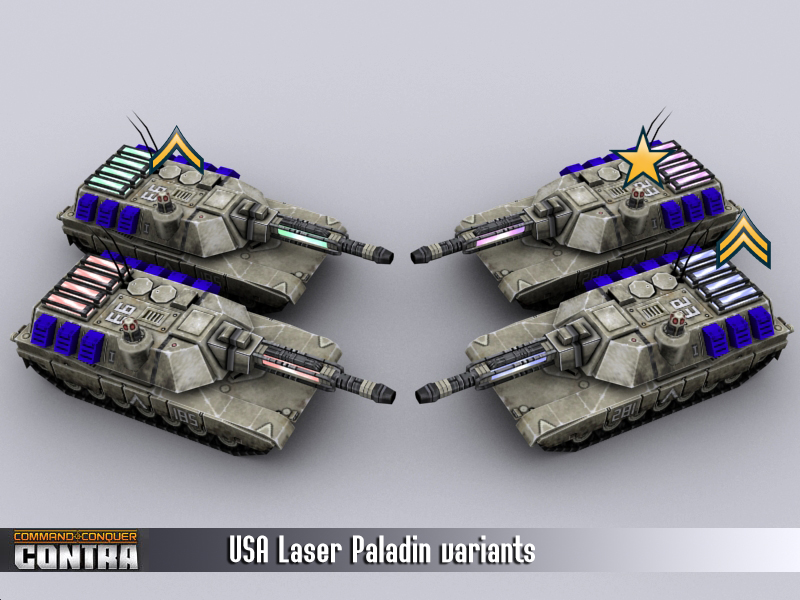 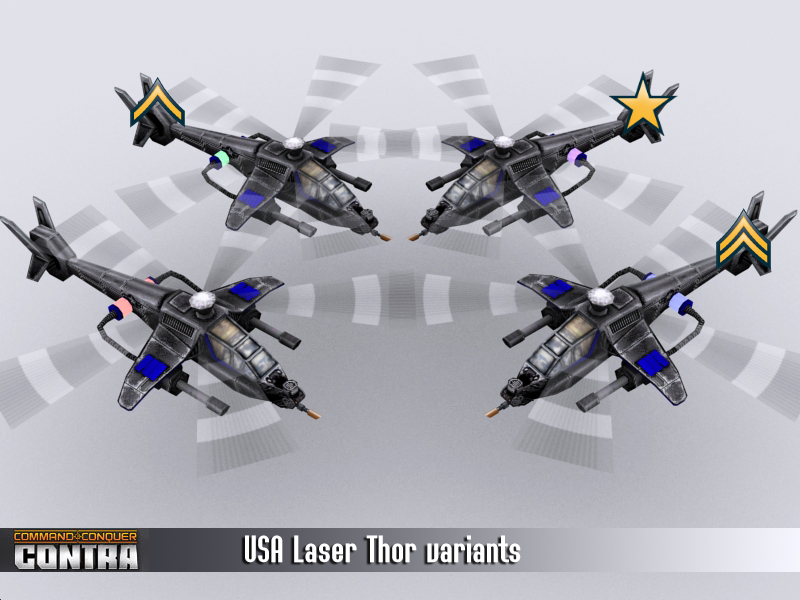 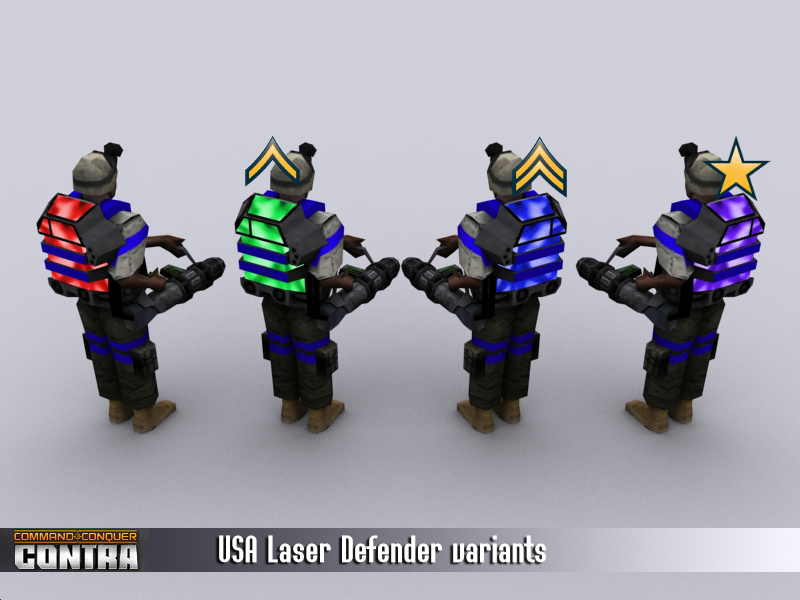 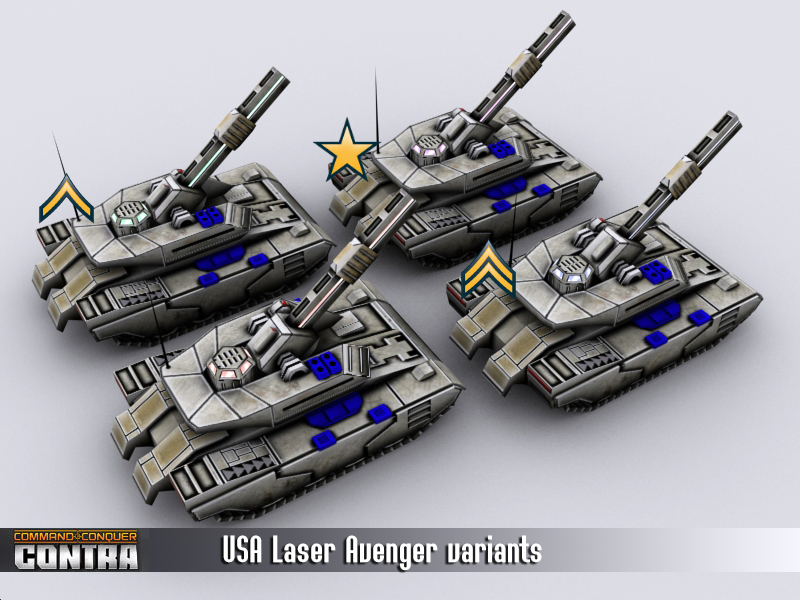 - Besides laser visuals, Microwave tank got a makeover too, since he was using Avenger's basis. 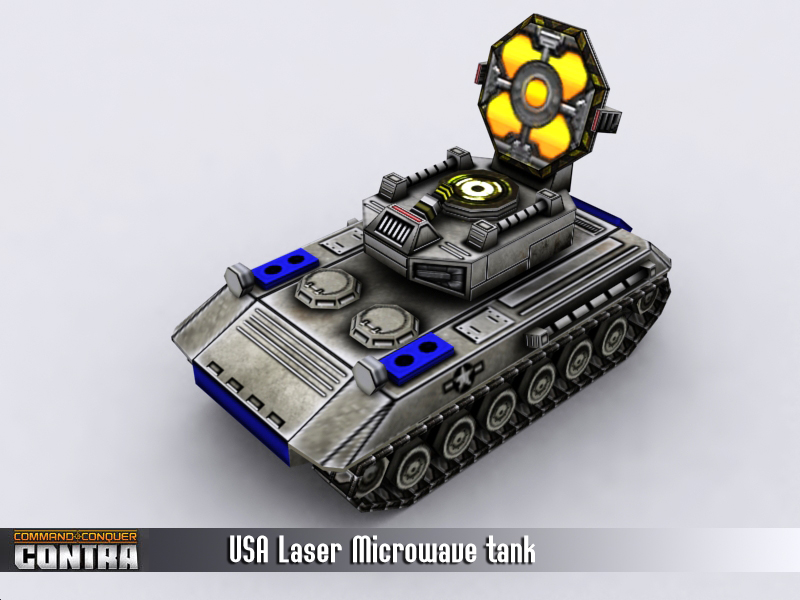 - Many changes were done to Super Weapon general as well. We are very proud of Saturn's makeover. Besides just a visual update, he has a new weapon. He fires a new beam which has huge potential to freeze targeted vehicles, so in general he fires Ice beam. 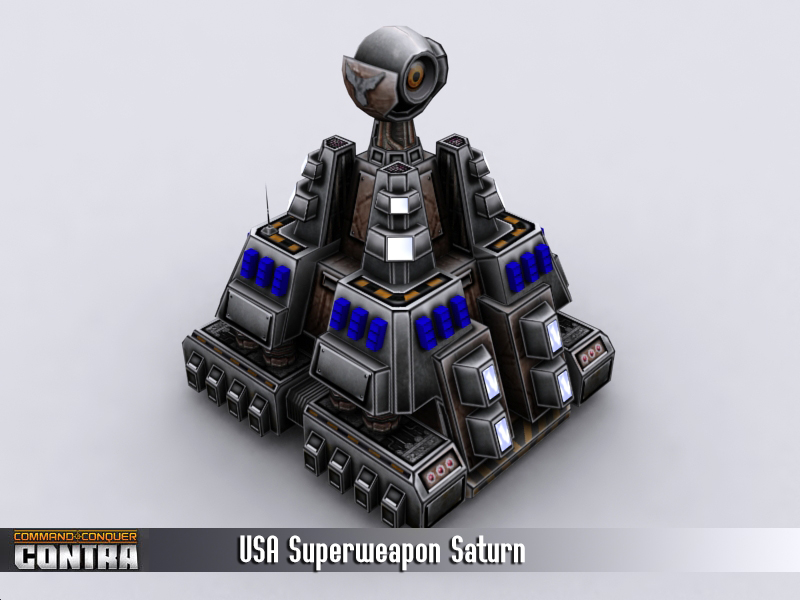 - But we didn't forget other generals too. China infantry general was mostly changed in order to be more balanced, and more appealing to player. Helix is replaced with new helicopter, Harbin.

Harbin has speed and cost of Thor, but health of Helix. His basic weapon is a small machine gun, but his main characteristic are the bunker slots (currently 2). 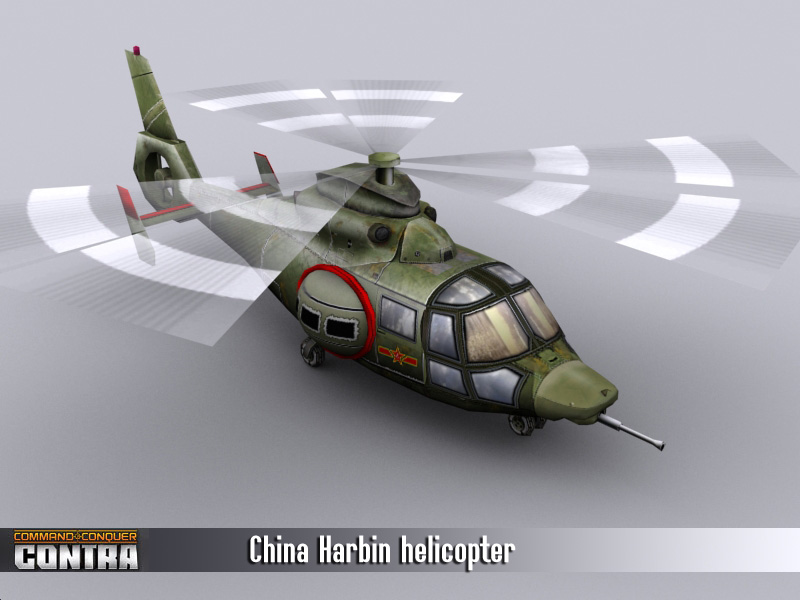 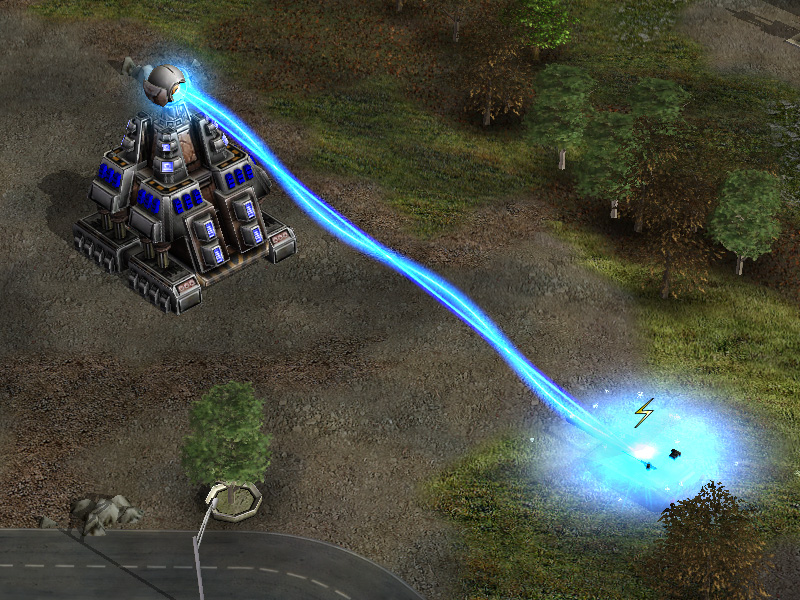 Updated Sturm-S model and skin: https://media.moddb...._comparison.jpg
Redone Phobos chassis. As the chassis suggests, Phobos is now a hovering unit, thus can traverse water: https://media.moddb...._comparison.jpg
In the end of this update, we want to answer you on the most asked question:
"when patch 3 will be released"
The answer is:
"we are hoping, and we are targeting upcoming holidays (during or shortly after) to be perfect for patch 3 release"
There is still work left to be done, but we will try to make these holidays a bit better for all of us. We all deserved this.
If you still wish to support us, and help us, feel free. We are grateful, and supporters will be credited in upcoming release.