Hey all, combat shotgun here. Sorry about the lack of udpates lately, a lot of us have been busy with a lot of non-mod related things in our non-cyber lives, however we are far from dead and actually have had a lot of progress being made in what appears to be a time of inactivity. First off, we have some new skins to show off from airibis, one of the english footman and the other being the short sword model.. check them out.

We also have a couple new members, so Sado, BDizzle, DRX, paranoid, Metroid Sun, and Punk_4life, welcome to the DoC team.

and aswell hurray for us the new members!
i hope we all gona be a good team, and good friends!

I love the idea!!!
and the sword looks like: 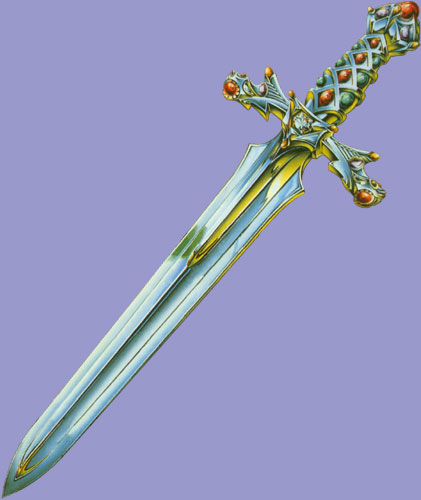 Hmm... thats looks a bit too fancy for the mod. We're basicly try to go for realism. And during the medieval period, not every single sword was made special like that *although I wish they were* Of course, this could be another type of sword.

yes yes i know... but some sword should look "evil" with a scull on it or something.... u know

lol assassins didnt use fancy stuff. They just had lots of equipment, a dagger (shortsword at times) and bow or crossbow. Throwing objects and explosives were also a famous thing for assassins.

But like i said, lots of secrets in this mod

smoke bombs would give them away. Fuse bombs are definatly in here....but im not going to give off any hints so just wait and see is all i can tell you

r u sure there were explosives in middle ages?
i know that ninjas and samurais had em but in europe...

gunpowder was first found in the 1200's And used the centuries following that.

r u sure there were explosives in middle ages?
i know that ninjas and samurais had em but in europe...

In the High and Late middleages (mainly late) I might add. Once those cannons were invented and got in common use, the impregnability of impregnable castles was gone!

But, no rifles until the 1700's so they were pretty darn innacurate...

Woo, i'd make a good historian for the mod, never liked looking things up tho...lol

EDIT: I learn most of these things from tv shows mainly, games and leafing through certain websites...
EDIT 2: Erm, one more thing, there were 3 stages of the Middle ages, Early (think of William the Conqueror) High (When english got the welsh longbow) and late (common use of gunpowder)

oh man that game was so cool back in the day, cant wait for rtw

i still love that game


but yes RTW is going to be the greatest thing ever

Back to Games Modding