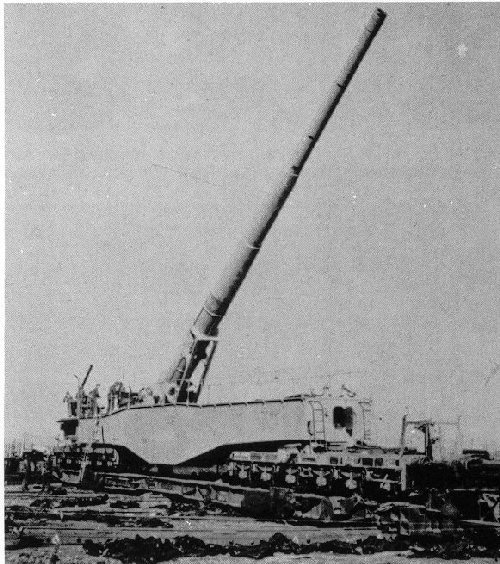 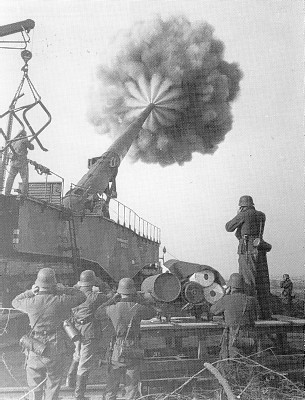 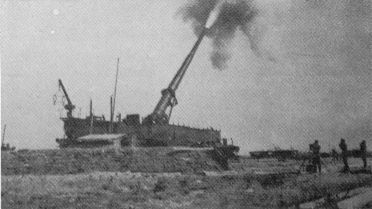 The development works started by Krupp in the late 20's and resulted in a first prototype (with a 120 mm bore) in 1934. The weapon was mounted on a caisson, supported by two six-axles bogies. By displacing the caisson compared to the bogies, it was possible to aim the gun in any direction, whatever the direction of the railroad. To increase the muzzle velocity, the shell had pre-engraved protuberance to ease its introduction into the riffles and so increase the propelling charge without risking bursting the barrel. The normal range was 40 miles but it could be increased up to 54 miles with an additional propelling rocket (but a lesser explosive head and less accuracy). To move and fire of one of these guns, a full train was necessary, with special carriage for servants and ammunitions. Eight were available in 1940 when the pounding of Great Britain started. Their manufacturing continued for the whole war.

Will the presence of this baby will enchante us in D-Day ?

The K5 will be in D-day but how useably it will be I can not say until I make it & mess around with the code, RA2 is very limited with trains

and this is a baby compared to Dora or Leopold cannons

Wow! I'm certain everyone would love to have this baby in D-Day. IMO, it's worth to wait wait for months before the release as long as this baby will be perfectly implemented in D-Day.

I guess that it solves the problem of having to point the gun on it's carriage in the right direction , which is if I remember 1 of the reasons these type of guns weren't planned on being added.

The K5 will probably be fixed & not able to move but will be able to fire in any direction & can be captured in skirmish maps if placed on them when the map is made...

And this one will be scaled properly if I'm not mistaken?

Unfortunately I can not make it in the same scale as the new tanks (1:10), RA2 could not handle such a large vxl so I'm going to have to make it in a smaller scale but it will still be as big as a battleship etc

No problem if it's not that scaled accurately I guess as long as it's the biggest unit compared to the usual ground units.

Say Mig, no rush but any chance for ingame screenies of this one?

I haven't even started making it yet

there are more important things to be working on at the mo...