36 replies to this topic

mate, you're taking the piss with that tank...

I've been going back to the old beastie doing some tinkering now and again.

It was back in Feb 2005 when I first considered it complete, as you can see two posts back in this very thread.
Opening it up again it's clear it was riddled with inaccuracies, bad modeling and weighed a meager 125,659 polygons. In comparison the Crusader as it stands is 445,567 polygons, three and a half times the Tiger.

The treads and all the wheels have been completely re-built from scratch, and even partly textured. The hull front is a re-make still being worked on apart from the drivers viewport and the MG-ball, those will be worked on later.
The gun is brand spanking new, and the mantlet has been totally re-worked, trying to get that cast look to it.
All this tinkering has already bumped the poly count upto 304,749, closing rapidly on the Crusader. I wouldn't be surprised if it's over half a million when I'm done tinkering

So, before and afters!!

What a difference 5 years make.

It's really amazing, however as Mig said, it's very clean

Planning on bashing it up a bit later, just working on the inaccuracies corrections and getting the little details in there first.

Opening it up again it's clear it was riddled with inaccuracies, bad modeling and weighed a meager 125,659 polygons. In comparison the Crusader as it stands is 445,567 polygons, three and a half times the Tiger.

Jesus christ on a stick... (no offense to any believers out there

That my good sir, is a tank.

Man, one day. One day I'll make a Leman Russ tank with that kind of detail, not today though

Insane? This is crazyness!

I bet this will be a pain to UV uwnrap! 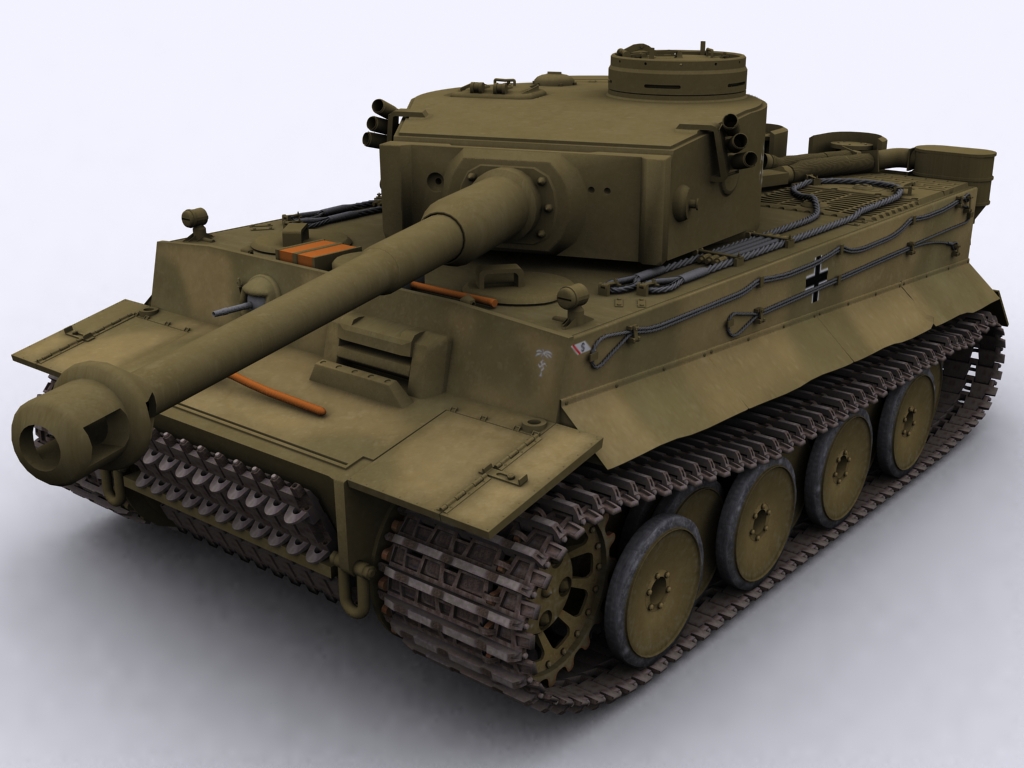 I've been playing with Reactor to create a physics based tank track rig that could one day be used on this Tiger.

All this (except the turret) is pure physics in action, all generated by Reactor. All I do is tell the drive wheels how fast and which direction to turn, the friction from the wheels pushes the tracks on the ground, moving the tank forwards.
Something not shown in this test though, by playing with the speed and direction of the drive wheels, I can steer it.

It is even more remarkable that you can get Reactor to do what you want!

Working on engine deck details again. Still a few things to add. Must get around to doing the turret stowage bin. 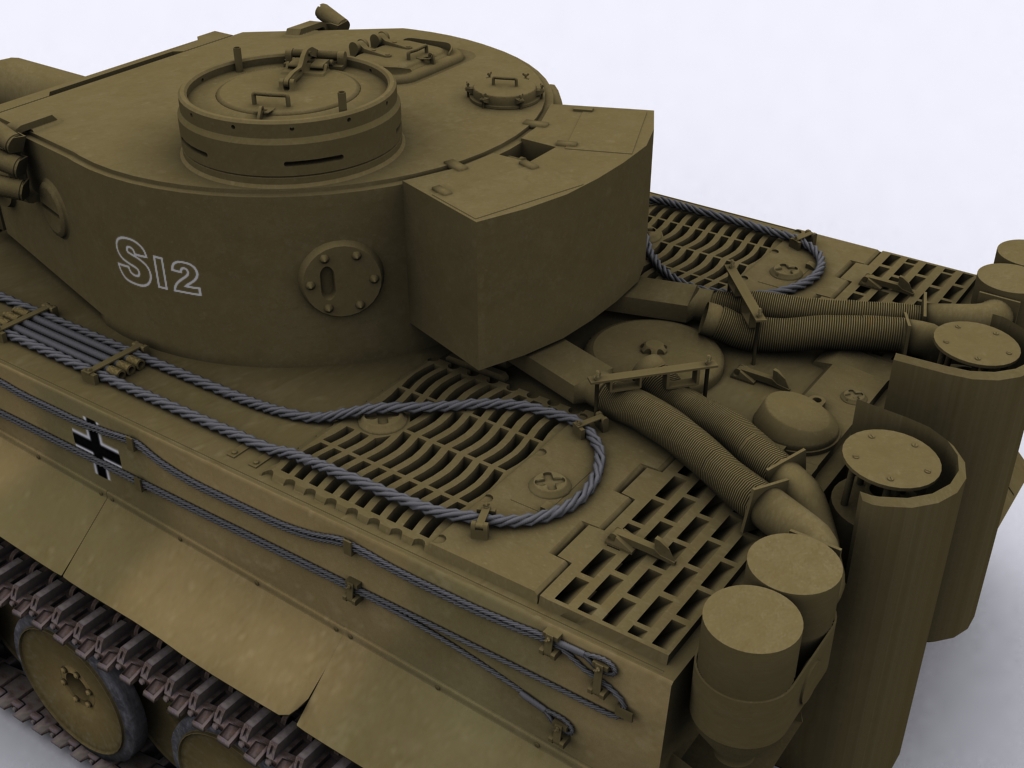 New Tutorial Online Now!! Check it out!!
Back to killasmods