How Convert Ts Or Fs Maps Into Cnc:r

(LAST UPDATE: 01-13-2005... mm-dd-yyyy)
This Tutorial will be "a help" to all Map Maker that would like convert TS maps in the TS terrain that have CnC:Reloaded & I'll recommend use Final Sun (Tiberian Sun Map Editor) & Final Alert2:YR (RA2/YR Map Editor... I recommend the ultimate version 1.02 from this site). 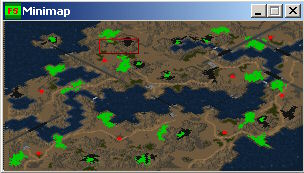 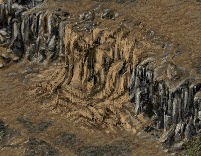 * Another thing that isn't fixed to RA2 is the tile called "Rough ground" (0035), to be more exact, I haven't converted this & could be that in the future I could add this type of tiles... but now the only thing that you could do is change this by "Clear ground" (0000): 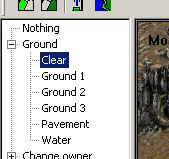 * After of these 2 things the map is ready to be converted & you can open Final Alert without Close Final Sun.

* The ultimate thing before of save the map is paint the blue Tiberium that when you pasted the map now is Ore (Blue Tiberium are Gems), then, you need see each blue tiberium field on the Final Sun & paint the same quantity on the Final Alert2. This part could be long if you are converting a map with a lot of Blue Tiberium...
In Final Sun: 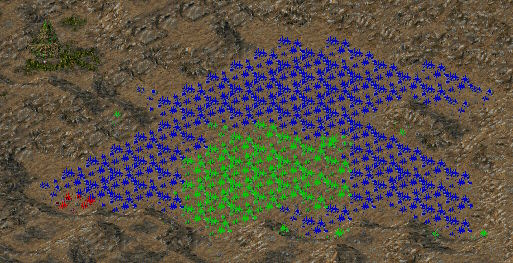 Final Alert2 before of edit:

& after of paint manually the Blue tiberium (gems):

* Now you need save the map... TS maps should have names that start with "ts " to make it easy to identify online when a TS map is being used & that start the name of the file with "ts_" ( "fs_" to maps that have tiles of TS:Firestorm). In this example the filename will be called "ts_sup_bh_r.yrm" & the map tittle "TS Super Bridgehead Redux (2-8) " (I added (2-8) to specify the min & maxim number of players). I selected the game modes that can appear this map (i.e. isn't a good map to Naval war but have a good water area to deploy naval fleets).

* Ok you can close the Map Editor... but I'm sure that you can ask "& where are the buildings, infantry, trees etc?", this part now is with "copy/paste" of with the Notepad, Wordpad or another Text Editor...
Open the TS map (in this case "sup_bh_r.map") & the new RA2 map (in this case ts_sup_bh_r.yrm) with text editors:

You starts & you do a copy/paste of few things like invisible lamps, unit lists, infantry lists, building lists, terrain object lists (that appear trees etc), waypoints etc... & when you finish with all save the ra2 map.
In my example I copied all the [INGRNLMP] code into the RA2 map & you must ignore all the [*****Pack] sections. I overwrited all the [Waypoints] section & added the [Terrain] section (that have all the trees etc), [Units], [Infantry], [Structures] etc... & if you have tunnels you must copy the [tubes]... the same with the triggers (with this ultimate of triggers I have sometimes problems...)

* You need modify the [Lighting] numbers (to be more specific Ambient= & Level= numbers by the TS numbers).

* Now you need change the name of the GDI, Nod & Mutants names because in CnC:Reloaded could have a different name (to more info search on the rulesmd.ini but soon I'll post a list here of the TS names & the RA2 names of the TS units, but civilian infantry as CIV1,CIV2,CIV3 etc isn't necessary change the name & the same with few Civilian Cars).

* After of these steps you have the 99% or the 100% of the conversion Completed, if you have on the TS map Nod or GDI walls now will appear Allied or Soviet wall (if you wish the original TS walls... edit the walls opening again the Final Alert2...) & you can test your map ingame to se if exist anything wrong to edit again with the FAYR2. 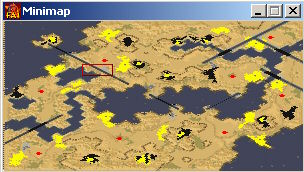 {FS-21: In this momment I'm reading if appear errors & adding the Images... pacience}

This is my first map for your MOD ,Same as Heck.

Welcome Collectif, your converted TS map is the first reported map in this forum to be shared with the people

I'll not change the post to be the first map but for other times can you post in a new topic? is to leave the tutorials topics only to report problems about mapping questions

sorry to bump this but is there a way to do the reverse with as few as bugs possible?

thanks to dats and Bittah Commander for the sig

Originally from Serenity:
"Do you know what your sin is Mal?"
"Go to Hell. I'm a fan of all seven. Right now, I'll have to go with Wrath"