31 replies to this topic

ok, im gonna start a thread for fake news threads, anyone is allowed to post, but make it look like a headline, and make it not completely stupid such as, i am god, hear me roar...

Headline news:
Michael jackson, CEO of K-mart plans on bringing in more customer satisifaction with his new
slogan "All boys pants, half off" 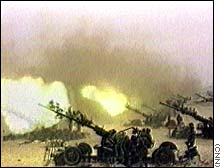 Earlier today, the African republic of Togo declared war on China, the United States, United Kingdom, Russia, France, and Japan for, quote, "Being a bunch of little panzies." They later repealed this declaration of war when they realised how badly they fucked up. When asked for comment, the president (or whatever the hell they have over there) said:

ok, calm down, Keep to the topic, only Fake news...
jesus people calm down, Every country has its downfalls
Such as
America = Electing Bush
France= WW2 french soldiers were mainly the French Foreign League which in turn, are not french after all and anyhow, they did retreat an awful lot
Britain = Bad Teeth
Australia= Kangaroo Skum

hehe i'm just teasing you all. but seriously Stay on topic, and let it be noted i am not canadian...

We always do seem to have to bail the French out though. See: WWI, WWII

But yes, this is just a joke.

And I agree that the world can be plenty funny sometimes...

No idea about the time or place, I added a bit to it:

Two men attempted to rob a grocery store earlier today, both armed and wearing ski masks. They told everyone not to move. However, when one of the robbers moved, the other shot him. Police arrived after the cashier hit the silent alarm. The robber attempted to shoot his way out of the store, only to find that he had used his only bullet on his partner. Currently, authorities believe the main purpose of this robbery was so they could afford to buy ammunition.

A Trump Baby is Born!

It's a boy for DONALD TRUMP and wife MELANIA, who gave birth to a healthy baby early Monday morning.

Trump confirmed the good news to MSNBC, reporting in that Melania was doing "great" and that everyone was just "perfect." The real estate mogul also revealed to the "Insider"'s PAT O'BRIEN that they've named the baby BARRON WILLIAM. The 35-year-old model was in labor for eight hours.

I think they should of given the baby the middle name of Von or Vaugn. Think about it.

NASA Officials calm down citizens, saying they had everything undercontrol with their new anti asteroid shuttle, which they claimed, would be flown by Bruce Willis, after realizing Bruce couldn't actually fly the shuttle. NASA announce they would be leaving, and the whole world would be blown into a billion pieces, and we are all gonna die, But assured us everything will be ok for those who are religious, and for those whom are Atheist, to have a nice day.

yesterday two armed gunmen robbed a bank only to get mugged shortly after by a crackhead. Police caught the gunmen 5hrs after the robbery as for the crackhead he couldn't be found. Police say there still searching for the crackhead any info will help.

Saddam's Secret plot to invade the US revealed
US intelligence operatives today revealed documents comfirming the details of the former Iraqi dictator's plans to invade the USA.
It would appear that Saddam Hussein had come into the possession of the Dead Sea Scrolls which included incantations once used by Moses to part the Red Sea.Saddam had contingency plans prepared to part the Indian and Pacific Oceans to enable his elite Camel Corps to rapidly deploy into the West Coast of the USA and invade the US.
Hope that's daft enough for you.

Local soccer mom gets hit by soccer ball while attending her daughters soccer game she was ok just a little spooked but ok.

The weak will perish

Today a small planet was thrown off course by an explosion from War Games, the planet recently crashed into Earth. Now the community is angry and frightened at the War Games forum, as they just begin to understand its great power. It is unknown if anything will be done about the incident for the time being.

ahhh still the same wargames, with the exception of a few things."

wtf is the point in this topic

After Karl Townsend conspired against the PR GOVERMENT, he was shipped off with aliens... do not worry though he cannot escape, he does not speak spanish.

Stupid commander Burton of the USSD made bad commands and killed himself and a whole bunch of troops.

Not really a Hacker...

lmao wow that was pretty decent

i am so bored right now so here goes....

North Korean dictator Kim Jong Il fell from 100 meters as he tripped while giving a speech from the North Korean capitol of Pyongyang. He was rushed immediately to a local hospital but as soon as he was revived he fell into shock and shortly into a coma as soon as he heard that he was under the care of "commoners".

Commander of all that is toast

North Korea nuked itself today in a desparate ploy for attention from the rest of the world. While North Korean Premier Kim Jong Il could not be found (it is theorized that he is now made up of free-floating radioactive particles), former Chairman of the Joint Chiefs of Staff Colin Powell had this to say, "It's just pathetic. You'd think they'd mature enough to not act like wusses." The President of the United States, George 'Dubya' Bush had nothing to say about this, but he did fax a chart to ACE. The chart depicts the countries in the world that are in the so called 'Axis of Evil'. It shows Iraq with a large 'X' over it, and a hand, supposedly Bush's is crossing off NK with the word 'freebie' scribbled underneath.

No further information can be optained.

Founder of 00 Nobody Maps

Just earlier today, the USA dropped a Russian bomb on the Chinese city of Beijjing. The smart bomb, dubbed "Brainiac", is a highly advanced Triple-H Class bomb (three hydrogen fusion reactions are set off at once).

A problem was detected in the release bay of the B 60973.145909276201... however. The bays wouldn't open quickly enough to drop the bomb before being destroyed by Hawaiian AA fire. The complete idiot of the crew decided to open them manualy, but when they were opened, the bomb fell on him, with them both flying towards beijjing, 25 miles off the target. Estimated causualties are: 1 US soldier, 500 Chinese people, 1 Chinese Emperor, 5 Japanese diplomats, and 15 French people on vacation in the Florida Keys. The actual target was a section of the Great Wall of China so the Mongolians could once again attempt to take China over. It was predicted China would win and take over Mongolia, thus removing one of the World Powers. More on this tonight on THISISFAKE News, channel 39.

Yes, that was stupid. No, I wanted it even stupider.

Fire crews were called out to 1725 Dumba$$ lane last night at about 9pm after getting several reports from nine one one about a loud explosion that was heard, and seen over half a block. Upon arriving at the scene firefighters encountered three teenagers staggering out of a smoke filled two story wood frame house. The victims faces reportedly were covered in blood, and had what doctors later classified as 2nd degree burns over 20 percent of their bodies.

At the hospital, when questioned by police about the incident, the teens stated that they had been home alone for the evening while the parents went to a movie. They then reportedly got into their fathers liquor cabinet and drank themselves silly.

Then after getting totally bored the eldest teen (who is reportedly by neighbors a pyro nut) got a hold of his fathers vast array of hunting shotguns and ammo, cut open every shotgun shell, and dumped the contents of the shells out into a big pile at the center of the families antique dining room table. They then reportedly then struck a match, and run like h*** after throwing the match on to the table. The resulting explosion destroyed the antique dining room table and caused major damage to the dining room itself, as well as to other areas of the house. Damage is estimated at upwards of $15,000.

Guess what folks, this 'fake' story isn't totally fake at all. It really happened. A friend of mine (although we weren't that close thankfully, otherwise I would have probably been with him at the time he blew himself silly) lived two doors down from me. I was laying in bed with my lightweight headphones on listening to my music, with the lights off, when all of a sudden I saw a quick bright flash, followed by a big Ka-Bang!

[Re-Edited] My family and I, saying WTF was that to each other, as we went outside to see what had blown up, saw my friend and two other classmates of his, come staggering out of the house. The rest of the story went as stated above. What a freaky night that was.

I never saw much of him after that. His father must of buried him in the back yard or something.

I often wonder where he is today. Probably, still in the Army or something. He always did like to blow sh** up.

This is a Project Raptor News Alert:

Project Raptor's modding guru Vanguard announced just moments ago, that the latest unit to be put into service for the United State's side, will actually be a British unit called 'The Tardis'.

This unit, when deployed from the futuristic looking particle cannon structure, will magically materialize right beside the enemy's command center, and deploy a very skilled single heroic saboteur, and his drop dead gorgeous female companion, in an attempt to thwart the enemies plan of world domination, by any means necessary.

This has been a Project Raptor News Alert.

Further proof that we probably don't even need to make up news like that.

But we still can. I'm just not feeling creative right now.

[fill in the blank] city has unveiled its new Public Notice signs that are designed to notify the public of impending public notices:
http://www.break.com/index/bb7443.html

More news after a word from out sponser...

[Hey nobody here said the news had to be good or make perfect sense!]