I decided to create this thread because it's more reasonable to have one thread for updates, and the others for general discussion etc. All the updates for Wars of the East 1.05 will be posted here. 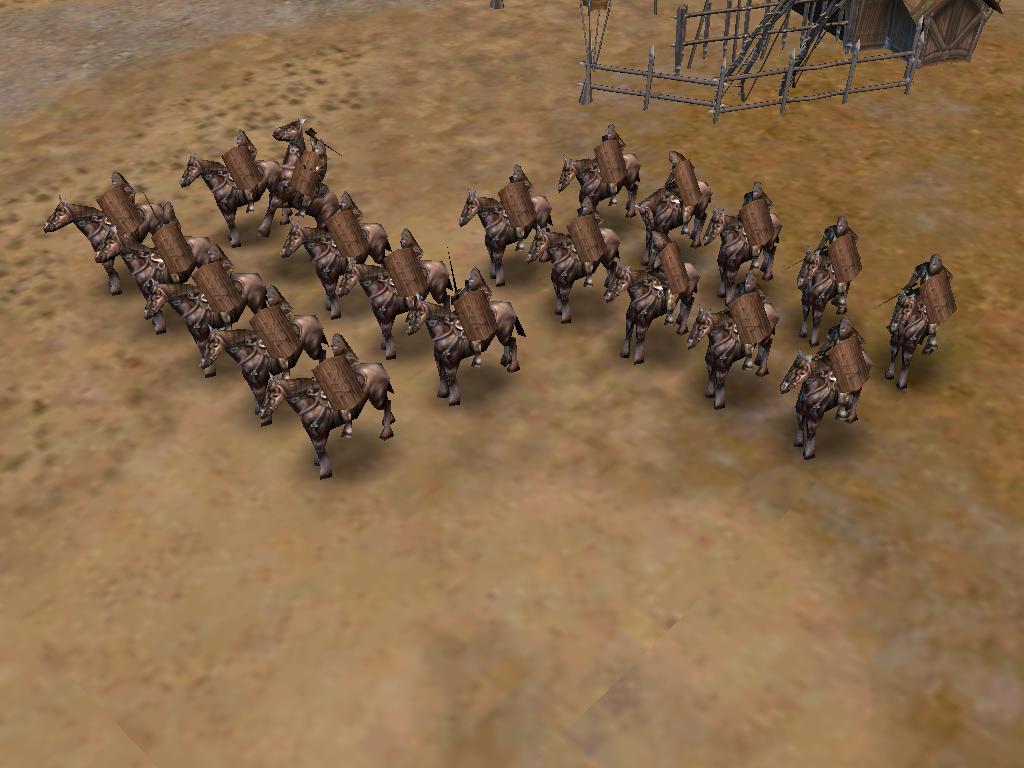 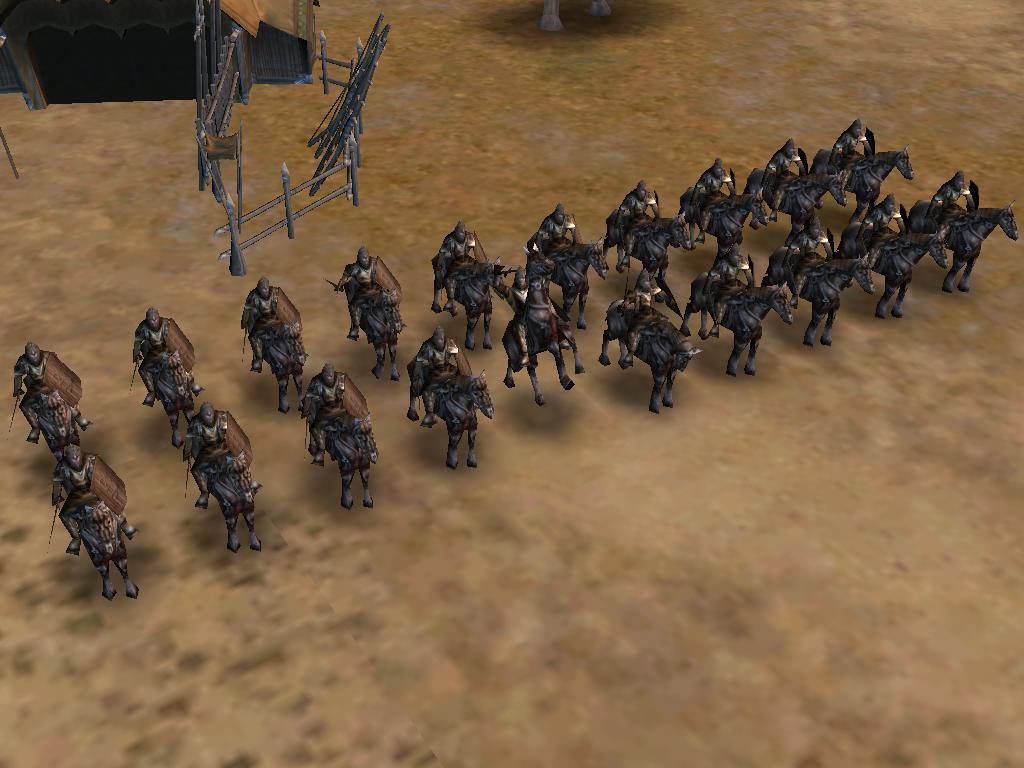 You can also see a glimpse of the Stables of Evil Men in the pic.

I think spears would be more suited to them personally, so a Rohirrim reskin would have been better IMO.

Spears would be nice, but I wanted them to be different from Haradrim Riders, who have spears and use Rohirrim anims

Maybe make some of the riders have swords and some have axes?

Ithron's not a modeler, so without donations the stuff he can do is very limited.

Today I only have a really small update, but I hope it's enough. 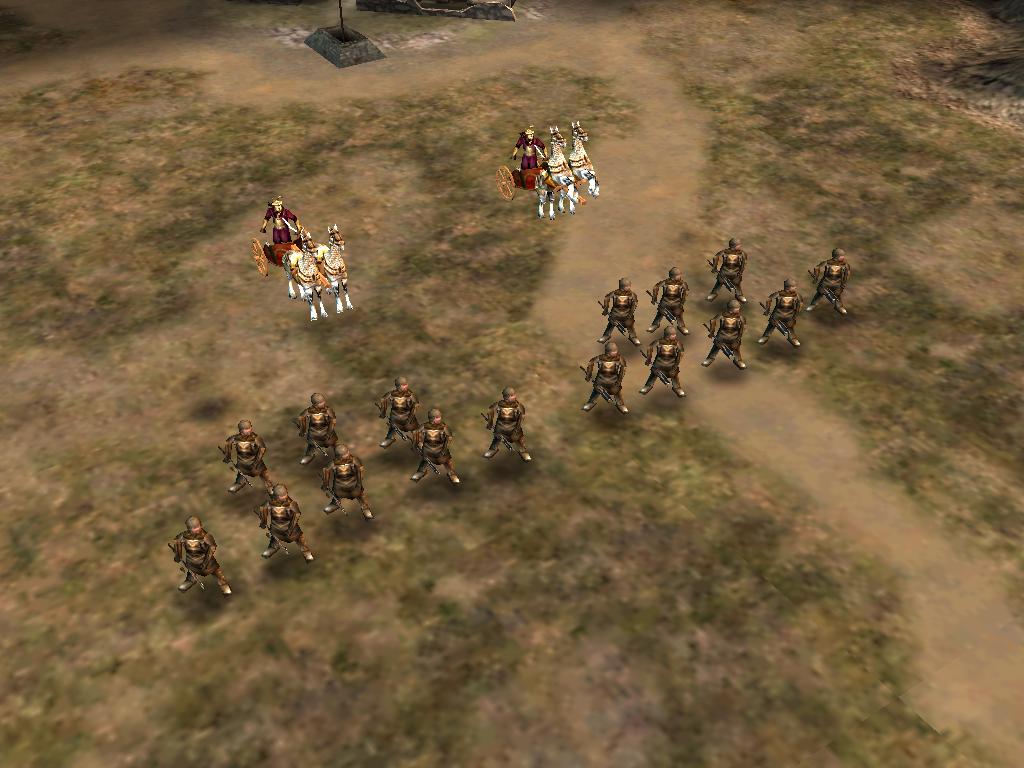 Axemen of Khand:
Model - zimoo
Skin - IthronAiwendil
Special thanks - Stealthsnake for allowing me to use BoG stuff.

Special thanks - Stealthsnake for allowing me to use BoG stuff.

If that's referring to the axemen then I don't see what right he has to deny anyone the use of it.

I'm not keen on the axemen model personally. It's one of my really old ones, when I called myself a modeler without actually being able to model

BTW, what other units did you take? I know I allowed you to, but I'm just wondering which ones

I guess you're right... SS can't deny me from using them, but I put his name there because the model was used in his mod. I think the axemen model is OK, and since I didn't have any other suitable model, I used that one. I have also taken your Easterling Archer, Orc Pikeman and Morgul Pikemen models. Hope you don't mind

I made 2 different orc pikemen? O_o

I don't even remember making one for BoG ^^

No of course I don't mind. I made those models for a reason, which was to help people without modeling skills of their own, so you're more than welcome to use them

If you need any simple unit/building models, just ask me

I don't have time to model an entire faction, but I can help out with 1 or 2 models

According to BoG's website, those are the models you have made for BoG

And if you can help, would you be able to model one or more of the following:

- Rhun Royal Guard (Basically a CaH Easterling with all the Rhunic stuff, and a shield would be also nice. Could use Boromir's anims if possible)
- Corsair Ballista (Hopefully it's not too hard to model, you could just replace the Uruks of the Isengard ballista with corsairs)
- Rhun Archery Range (A simple archery range model that looks a bit Rhunic)

If you can't make any of those models, that's fine.
Thanks in advance!

Another update for today. I just finished a new unit, so I would like to present it now. 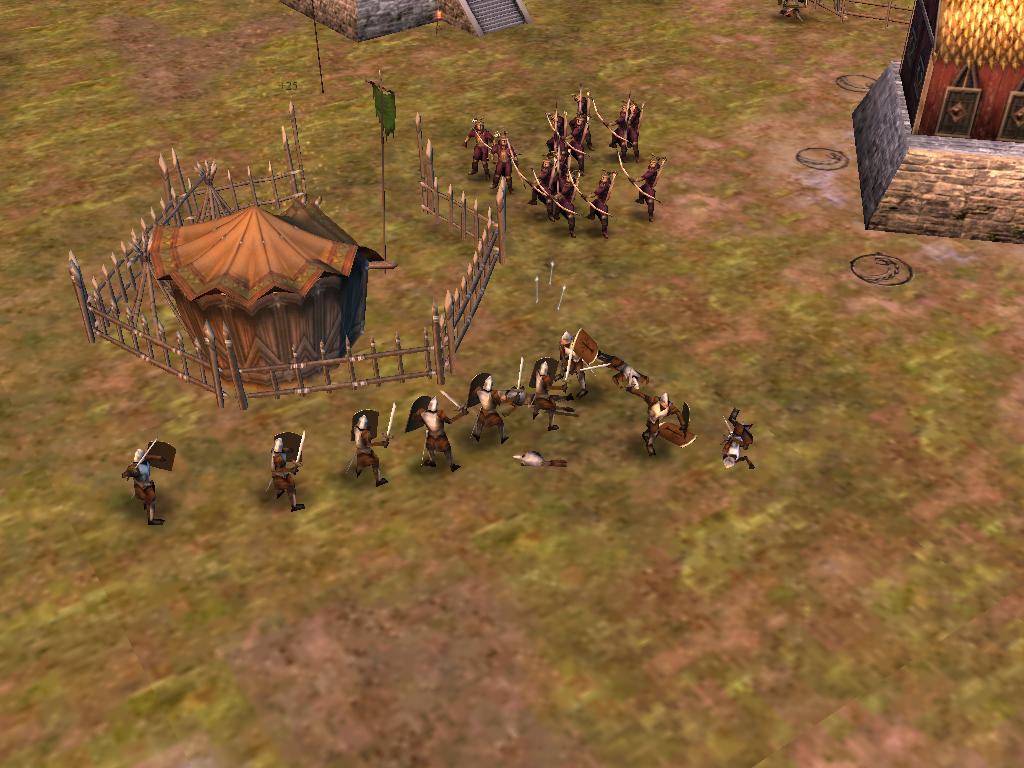 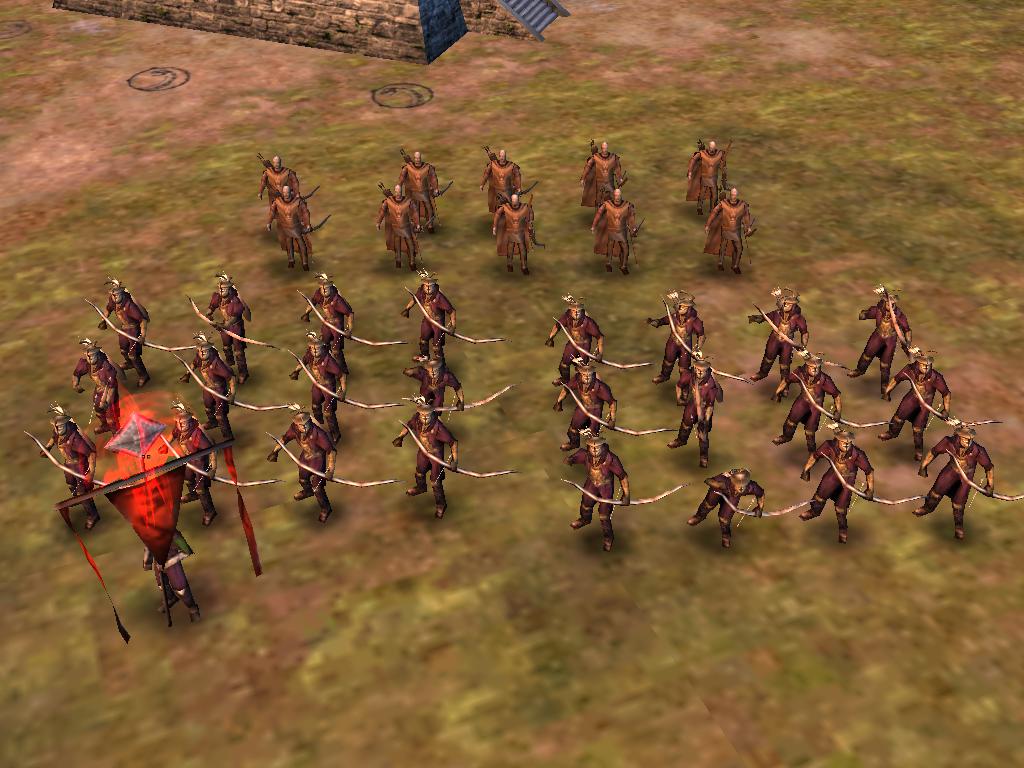 The othe unit in the above pic is Balchoth Archers.

And finally, the new fortress of Evil Men: 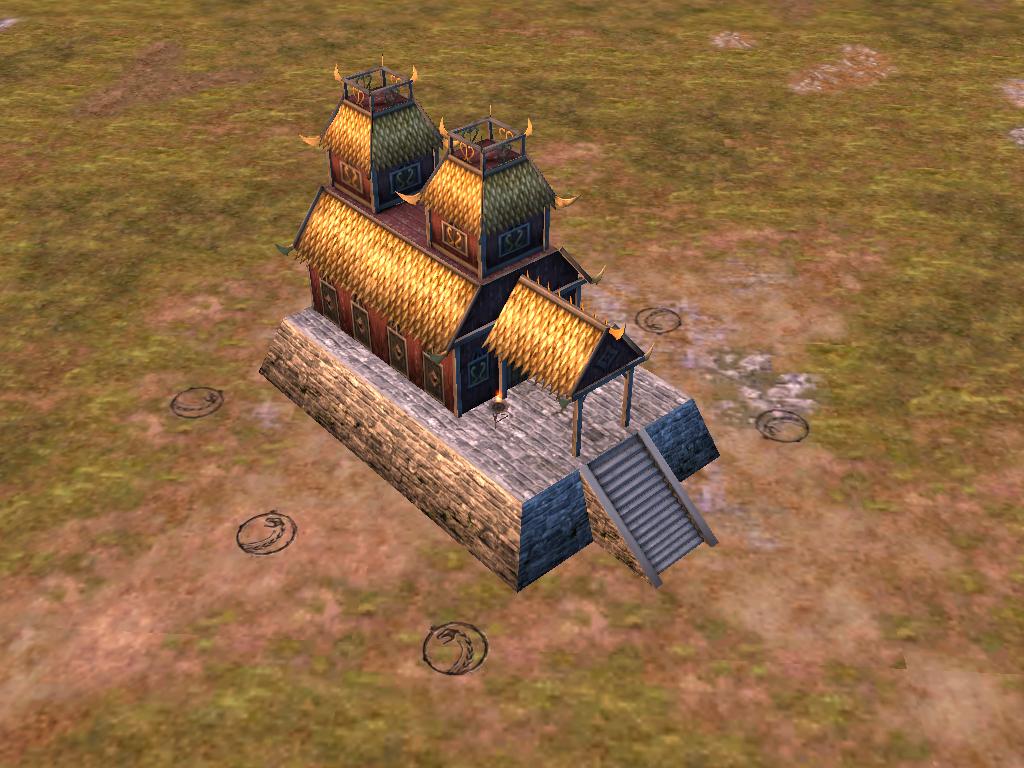 Finished the first two, just about to PM them.

Can you please be more descriptive regarding the archery range?

Special thanks - Stealthsnake for allowing me to use BoG stuff.

this (together with having the help of zimoo) will make this mod rly awesome.

I made the skin darker, that's why there's no glow

I made the skin darker, that's why there's no glow

Heh, I see our old Wainrider model is turning up in other places except BoG now. Great work removing the glow.

Of course I like the rest of the stuff too.

Great stuff. It will be great to play it

Quick question: How much did you darken the skin because I have this problem with one of my models and I would like to remove it