In early 1943 a requirement was given for a light weight, high speed tank destroyer armed with a 76 mm tank gun. By July 1943 a prototype was adopted and production started. Fastest AFV of World War II. Low silhouette, well slopped. Used by tank destroyer battalions in Europe. It had a center guide track, torsion bar suspension, and an automatic transmission. Two escape hatches in the hull roof and in the floor. It was intended to be used in an ambush roll with its quick speed.
It first saw action in the Summer of 1944 in Europe. One unit to use it quite effectively was the 630rd Tank Destroyer Battalion in July 1944 reported destroying 53 Panthers & Tigers and 15 self propelled guns with only a loss of 17 of their M18s. Could penetrate 101 mm.

Vickers was asked to use the Valentine chassis to develop a self-propelled gun that could carry the 17 pounder (76.2 mm). The design had the gun facing to the rear. The armored superstructure was open topped. It was used in concealed positions and would retreat by driving off if needed. Was considered a success by those who used it. It first appeared in combat in NW Europe in October 1944.

The SAu 40 SPG was initially the ARL V 39's counterpart for the DLMs, the Cavalry's armoured divisions. 36 vehicles were ordered on the same day as the ARL V 39 (24 SPGs and 12 command vehicles, organised as the ARLs) but this was cancelled on 1 May 1940 because of teething problems with the new 75mm "high power" APX gun and in order to standardise production on the ARL design. Instead, 72 SAu 40s were ordered as tank destoyers, armed with the 47mm mle 1937 (the same gun as the Artillery's 47mm ATG). None of these were produced but it appears that the SAu 40 prototype above saw action in an improvised unit in June 1940. 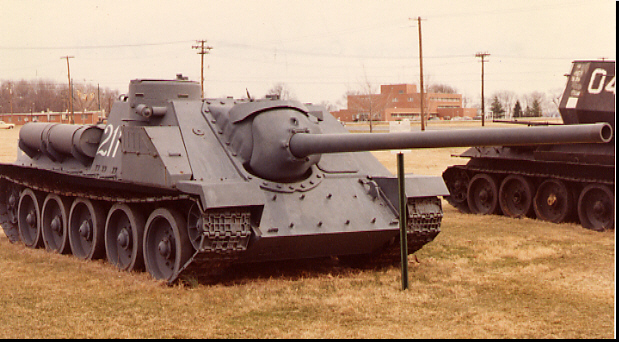 On December 6, 1943, Hitler ordered the StuG III superstructure fitted to the PzKpfw IV chassis. Built on PzKpfw IV Ausf H & G chassis. It was an interim design until Jagdpanzer IV could begin production. Also the Alkett factory's production had been disrupted by bombing so Krupp was asked in December 1943 to produce the StuG IV. Driver's section was modified to have an access hatch and 2 periscopes in an armored cab. Some models had 6" of concrete added to the superstructure front. The cast Saukopfblende mantlet was introduced in February 1944. In the summer of 1944 the external MG was replaced by a remote controlled MG. A Nähverteidigungsgerät (close defense weapon) was also installed. 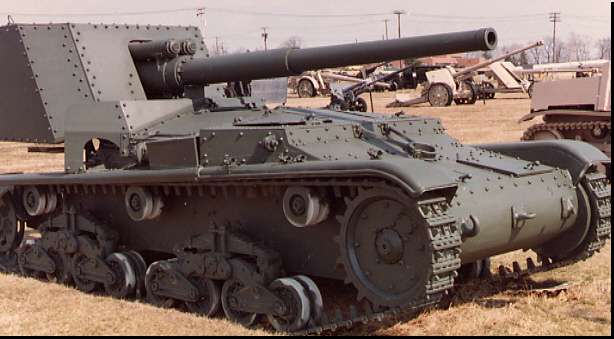 The gun was originally developed as a naval cannon and was a native Italian design very similar to the famous German 88. The gun even had a higher muzzle velocity than the 88 and was adapted/designed specifically for use against Soviet armor. None were ever sent to the Eastern Front. 24 units did see service against the Allies in the 10 Ragruppamento Semoventi which was stationed in Sicily. The sole surviving unit is located at Aberdeen Proving Ground in Maryland USA. Also shown is the accompanying tracked armored ammunition carrier that was a modification of the L.6 tank. The carrier had a 26 round capacity and it towed a 2 wheeled caisson which had a 40 round capacity. A total of 48 were produced.

A 7.5 cm L/38 gun, planned for the medium tank Chi-Nu and mounted in a closed combat compartment on the hull of a medium tank Type 97 Chi-Ha. The first Japanese assault guns entered in service in 1943, probably influenced by their Italian and German allies. They proved useful during the defensive battles in the Pacific during the last years of the war in Burma and in the Philippines. Ho-Ni III had a closed fighting compartment, while other Ho-Nis were open-topped.

added all real and ingame pictures

The Jagdpanther needs to be changed to the Stug IV BTW

it's overall inferior, why need to be changed?

not to be a pain in the ass , but will you also add the french stuff ?

it's overall inferior, why need to be changed?

We talked about this months ago..!

Ah forget it I'll do it my self

not to be a pain in the ass , but will you also add the french stuff ?

I asked Rygar to add them ages ago...

I'll sort there stuff out later