After my long hiatus here, since we only got UaW screenshots, previews and units since february... err... ok. It's not true. There were some map packs for EaW and FoC released in these days, but I'll get back into that later, since now it's really time for some modding coverage. 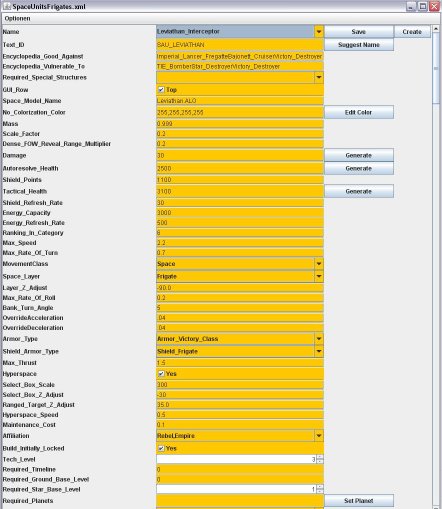 It's nice to have tools like this, since it helps new modders to know what kind of things they can do with the game, although it's always important to remind that you can edit these files with Wordpad or Notepad++, probably allowing you to do even more things, unless the author of the tool has added every single feature on it.


Visit the topic on Petroglyph Official Forums for more information and download it on SMG Modding Forums (Official forums of the tool) or EAW FileFront.