Well, this week's update is more of a clean-up update and screenshots. As mentioned last week I've been re-doing a lot of forged blades effects, but on top of that I've also been going through and cleaning up models, fixing selection problems, etc.

1) A preview of the re-work done on Gondor and what will be done across all the factions. Among the changes:
- Reworked model weapons and/or shields
- Forged Blades re-colored (White for Gondor)
- Banner Carrier glow recolored to match forged blades color (White for Gondor)
- Visual upgrades added to the banner carriers to match the horde
- All bounding boxes fixed to be the correct size to make selection easier
- Misc. bugs fixed 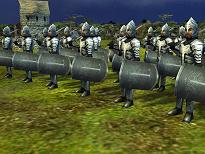 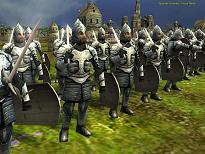 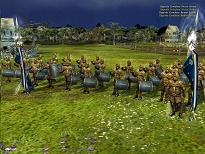 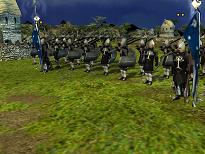 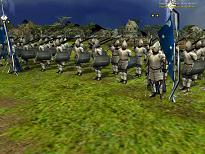 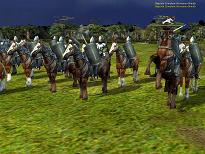 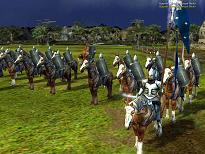 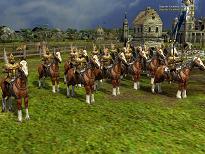 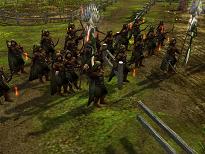 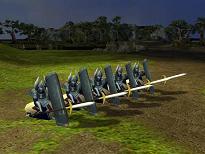 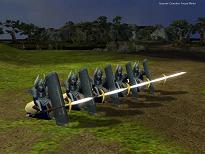 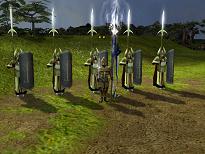 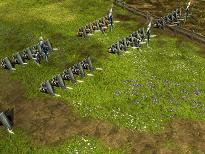 Rest of the Units and Army: 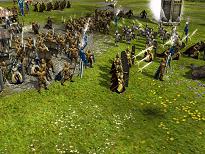 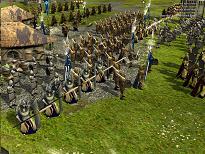 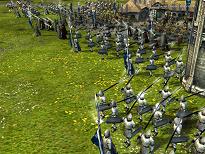 2) Other Armies Forged Blades. Here is a glimpse at the forged blades of some of the other armies and other stuff. Everything will be re-worked to the extent of Gondor 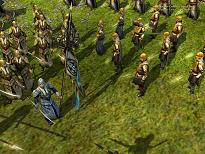 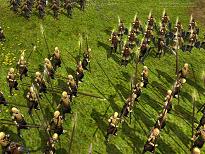 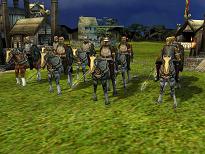 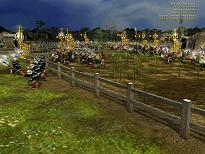 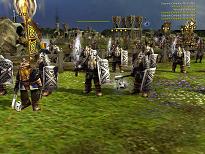 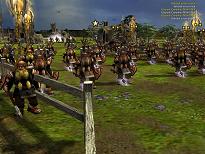 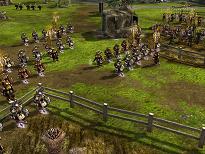 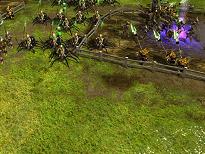 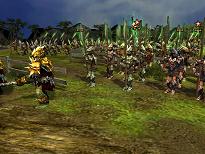 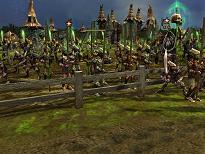 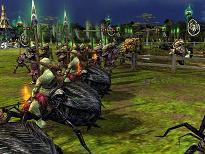 3) Lastly, if anyone is interested I'm looking for help on RJ-RotWK.

The areas that would help the most:

- Skins (Not my strongest area. I'm looking for more Easterling/Haradrim sknis. I also need to do damaged building states as well as bibs/floors for the new buildings)

- Models (I've got most of my models that I want for each of the factions, though there are a couple that I'm going to be doing and I'll be doing more. Mainly in this area I want to do more factions for the inn alliance - shire, rivendell, iron hills, etc. As well as fleshing out the Arnor/Angmar alliances.) Getting rid of CaH heroes is always a good thing. I am also looking to add more weapons/armor in game for the units - maybe to the point of doing actual forged blades. I'll do all the binding/re-binding for this.

- Voices - there are a number of overused voices that I would like to replace.

- Overall fx. There are a number of things I'm planning on doing that I will be doing fx work on.

The way I like to work best is a free-lance type/contributions type. That keeps any pressure I think off those who help, so if someone does some work in the past they don't feel obligated to continue to help out.

First post! I like the new Forged Blades for Gondor. I'm waiting for new updates on WotR, though =P

As I mentioned before, I love the new looks of the forged blades and the banner carriers blend in much better with an upgraded army

Thanks. Yeah, since the next WotR would be mostly for Evil Men I thought I'd do at least one update with Good Faction information.

As for the hex editing, yeah a mix of hex editing/modeling/coding and it's amazing how many shortcuts there are.

The screenshots are incredible with that new camera of yours rob. Very very cool

Software is like sex; it's better when it's free ~Linus Torvald

I'd like to make some skins for you. Check the Last Alliance forums if you're interested, I've made quite a lot of skins over there. PM me?

Are you planning on replacing those golden heavy armors for Gondor? because it just doesn't fit in.
Everything else looks amazing, I thought that green and colored glows would look bad, but it looks increadible, great job!

Don't know if anyone agrees with me, but that green glow on the goblin blades goes a long way towards making them into the faction that they always should have been

I really like all of this, just a question about the goblins, will the poison effects still be seen with forged blades (I mean could you distinguish forged blades from simple poison?)

It is good, that you got rid of those nasty red forged blades, good job

Wars of the East is the Best

I really like all of this, just a question about the goblins, will the poison effects still be seen with forged blades (I mean could you distinguish forged blades from simple poison?)

yeah i agree here. it does drip tho, so if ur zoomed in enough?

also, i agree with whoever said to remove the gold on gondor to a less obvious color. i really like your choices of forged blades tho!

@ithron, isen will still have red

rob said he cant imagine seeing them without it.

Well I must say I don't like the golden armors as well, but I can't think of a different heavy armor upgrade.

Some new shiny armor of course.

any way nice update. so purty

As the resident dwarf lover, I have to give my thumbs up to the new mithril silver look on the dwarves forged blades. Very mithril, and very dwarves.

As the resident dwarf lover, I have to give my thumbs up to the new mithril silver look on the dwarves forged blades. Very mithril, and very dwarves.

I have a request, I intend to help out with this mod, already spoke to Rob and will be doing some power FX. However In order to test them ingame without having to build up, i'd like a map which includes every hero depending on the faction.

Is there a map out there with such things? Including ring heroes if possible.

Just enter world builder and add all of the units you like, assign them to one of the players, choose it and test.

You mean I can use the powers via worldbuilder? or do you mean make a quick map?

I think Uldimaras means make a quick map. Anyways, looks great. I personally like the way the forged blades are coming along.

Are you planning on replacing those golden heavy armors for Gondor? because it just doesn't fit in.
Everything else looks amazing, I thought that green and colored glows would look bad, but it looks increadible, great job!

Maybe a silvery blue might fit in better. Or if it wouldn't impact fps too much to give upgraded armour a silver halo - the shining knights of Gondor!