Day in the life of a voxel

This isn’t exactly a tutorial or guide but just some snapshots I took while I was making a vxl to show how I would normally put one together. I thought it might help a few ppl & also explain how I can make them so quickly (this one took over three hours but I had a few breaks). The voxel I’m going to be making is of a Soviet Ilyushin Il-28 “Beagle” attack plane for D-day.

The first thing I would do is convert a diagram of the plane into voxel format to use as a template. This process is complicated so I wont go into details here & just skip to the finished product. 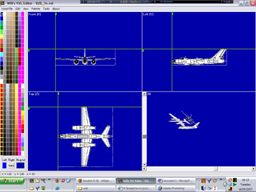 Next step is to create a grid of the fuselage using the template as a ruff guide. I use the pink colour BTW as it stands out more, so I can see what I’m doing. I wont apply the actual colours until the shape of the plane is done. 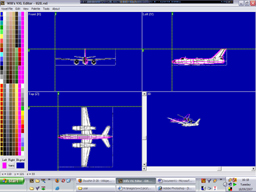 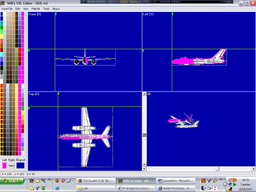 Until the whole fuselage is done. 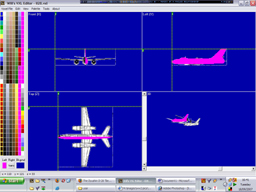 Using another bright colour I mark out the wing & tail. 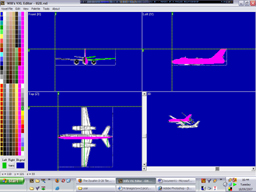 Fill in the Wings & make a grid for the engine nacelle. 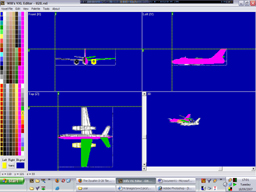 Now with the shape of the plane done it’s time to colour it in & do all the details. 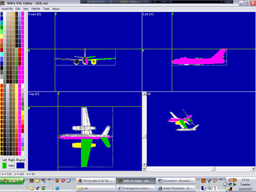 The base colour is applied using seven different shades of grey & the cockpit is marked out. 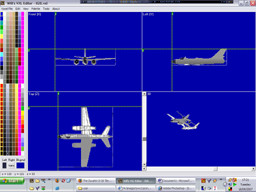 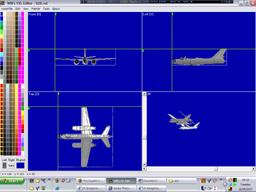 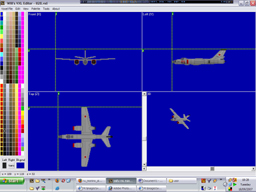 Now comes the fun part, using VXLSE’s skinning too with Photoshop to add some life to the vxl. 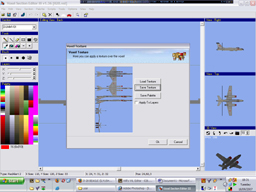 A lot of layers & shading later if now has a nice metallic look to it. 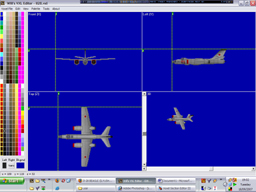 For the normals I use a custom script I made for VXLSE II. 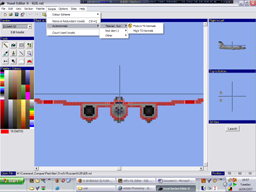 It looks bad but after some touch-ups it looks better then the VXLSE III auto-normal IMO. 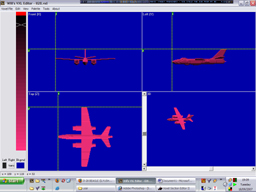 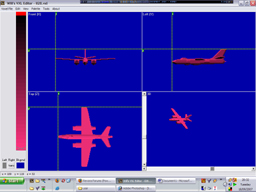 This should help people reach your enlightened stage a li'l quicker, though I doubt we'll all be making our own D-Days for a while.

In spite of that, I still prefer making a 3D model, converting and later fixing.

Anyway, does the size of the voxel have striking influence on the speed of the game after resizing?

It had never occurred to me to import plans into VXLSE like you would with a 3d model.
Nice thinking.

I've been doing that for about three years now

I was inspired after using G-max for the first time, didn’t get the hang of using G-max but it gave me some good ideas.

its always interesting to see how a artists mind works

good work
also voxeling includes sketches and i have some of WW2 things tought not many.

I knew about that template thang alreay

Nice demo, and interesting to see.

Well, the template thingy isn't too difficult. I think I managed to make one for a Bradley IFV this morning to thest the technique. Of cource, the diagram i used doesn't have a bottom, so I'm stuck when it comes to depth of the tank, but it's really not that difficult.

i have a question
yes a numb one
i didnt find wills voel editor
were i can find it?

Sorry to bump an old topic but I was thinking of doing another guide thingy like this but with a tank this time, would anyone be interested?

Yes a tank would nice, but a video, it is easier to understand. You can film your compuer with Camtasia Studio 4 and convert it to a avi file and then upload it on youtube or rapidshare in a higher quality

Nice idea but it would be like a 3 hour long video o.0

Especially with camo, tarps, and other texturing techniques

Nice idea but it would be like a 3 hour long video o.0

I was thinking about that to, but i would only watch beginning, middle and end and some special sceenes that big changes happend.

try google videos there should work

[offtopic]
Google won't work. Google doesn't work like that, all Google does is link you to a page.

Well I got Camtasia Studio 5 & had a little play with it. Should be easy to make some tutorial videos, just got to find the time >.>

Thank you mig! I found a use for voxel editor II now! its alot smaller so now I can colour properly!!!!

Back to Voxel and SHP Tutorials