41 replies to this topic

I guess it depends on what you want... 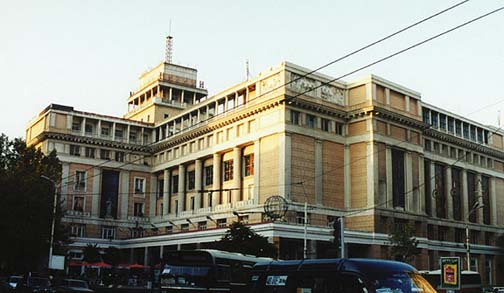 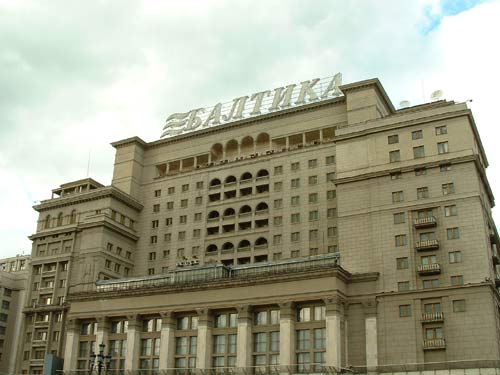 Well, let's look at the Evidence shall we?

D-Day uses much of the same style Tiberian Dawn, Red Alert, and to some degree, Tiberian Sun. Realistic, usefull, with most thought on functionalty, not looks. i.e. it's a factory.

D-Day uses ConYards. ConYards work like this. Packet Comes. Crane lifts Packet into hole. Hole swallows packet. All ConYards in D-Day must therefore have Cranes, holes, and somewhere for the Packet to come from. Where the packet comes from is the main part of the ConYard, with administrative (RA,TS) or industrial sections beside it (TD)

They are deployed from MCVs- MCV are Trucks that early in their development period. Therefore, the ConYard must grow from a Truck.

There are your demands: Factory with crane and hole, that can easiliy be deployed from a truck.

Actually I don’t particularly follow the typical C&C style. My plan was to have bunkers that built next to the MCVs (look at the old German conyard).

Ah, yes. Unless you plane to change that too, my other points still stand. Crane!

I'm not going to add huge cranes to move a little box 3 feet into a hole. That’s just pathetically inefficient TBH, I’d rather go for something a bit more realistic & a lot less time consuming to make for little results.

How about this! as ur guideline for making ur german V3 Launcher. I dont know if you will use this, it might help you

The detailing is well done. I only have one critique, it is just minor but still. The left chimney does not seem to cast shadows on the walls, not enough at least.

Are you going to make a short guide for making buildings, just like you did with the voxels? Would help a great deal of people.

It has a shadow, I can make it darker in a few clicks tho. I normally set shadows to 25% opacity but I guess it should be a bit darker. I could make a guide thingy but unlike voxels I never really know what I’m doing with buildings & just bodge some random stuff together which could make it a bit difficult to put a guide together XD

the V3 is a stupid thing from RA2, the V2 launcher looks ok but i imagine more as a offsite ability (like a-bomb drop)

as for building designs, i'm sure mig has plenty of inspiration from games and other real life photos and so forth so need to bombard him with images of stupid CNC game conventions when he is making such a awesome TC

I appreciate any good ideas ppl put forward, I cant think up all possibilities after all (wilmet’s post was useful, gave me some ideas for the tech lab)

ROFL reminds me of Hitler’s plans for post-war Berlin

I think it would be best to rework the current Soviet warehouse looking thing into a hangar. Also, a critique. You have pitched roof buildings, but your shadows don't reflect this. The one for the conyard itself should have an angle to it something askew... And the warfactory should have one that is 'cut short' due to it's pitched roof being in the opposite direction.

As for conyards. Well, it's easy to establish how they should look once you determine what they are. Do the MCV trucks deploy into them, or deploy to build them then stick around (perhaps in a form where they can't continue to build them). If they deploy into them, you should have a garage, netting or whatever with the vehicle inside. If the building incorporates the vehicle itself, you should have the hulk left behind...

Now, you want the conyard to be a conyard, obviously, more than just a general purpose looking crate shuffler. So you'd need palletes with building supplies on them, a fence or barricade to keep out robbers of said material and stores of oil or whatever to provide for the men who work on the base and the motor pool.

I also think a small command bunker, trailer or even tent would work well, since this is the primary building in your base, and the most likely place battlefield command will be until radar or a tech lab is set up.

What I'd really like to see is individualized structures dependant upon faction. Like the Americans get a motor pool instead of a factory (which decreases their vehicle build time), since they fought nowhere near their industrial hearts, unlike the Germans or Russians. Maybe the Germans can still get a bunkered up conyard... The Japanese could have light mobile buildings or cloaked ones. All kinda of little functionality nuances.

II was hoping no one would notice the shadows, I’m pretty lazy when it comes to them XD I might fix them depending on how energetic I feel.

The Conyards build up around or next to the MCV, if you look threw the window on the roof of the above Conyard you can see a Voroshilovets

I’m making individualized structures for each side now, these ones being Soviet. For America I was thinking tents & sandbags, the British & French painted brick, the Germans concrete bunkers, the Japanese tents, sandbags & bunkers & lastly I’m still thinking about the Italians (as usual).

lastly I’m still thinking about the Italians (as usual).

Something overly decorative or slightly church-like? I know Mussolini was big into arches.

Will those two little factory doors open when tanks come out?

Yes, the roof opens when you build fighters & helicopters too.

Wait, there was a hellicopter back in the 40's? lol.

There are five helicopters in D-day, all but one are used post-war tho. The Americans where the only ones to use them operationally during the war & then only for search & rescue missions etc.

I should point out that these buildings & the others I made (well maybe not the Warfac) will no longer be used. The RP2 custom foundation feature means I’ll be redoing all the buildings I’ve done.