Universe At War Patch 2 has been released!

After a long wait and many obstacles, Petroglyph has finally been able to release the second patch for Universe at War. The patch doesn't simply fix bugs or ballances the game. It goes beyond that. With the camera zoom increased and directx 10 support improved, the graphics are more attractive, but the best thing is that this finally enables modding. The modding tools weren't released yet, but now you can already edit the xml files that comes with the game and play with it. We'll get deeper into that soon. For now, one of our resident modding experts, Kelathin, has written a nice review with all his experience on this new patch. Check it out! 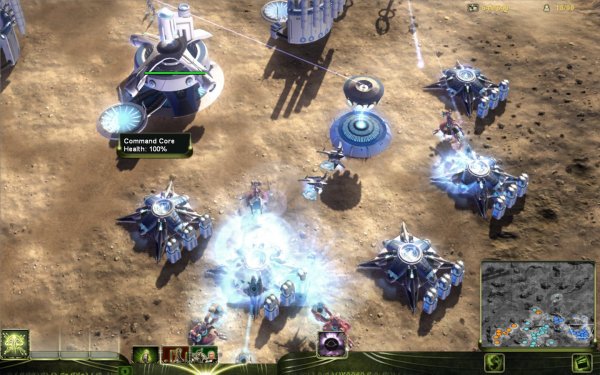 This really is great for the game and the community in general. Congrats Petro

...but the best thing is that this finally enables modding.

Can't wait to see what the community is going to "Pump! Pump! Pump!", as Dr. Ron Paul would say.

I, personally, would like to see a Warhammer 40K total conversion. Don't know how or if fitting in the god-like machines of the Adeptus Machanicus ( > everything) is possible/reccommended, but it'd be awesome.

kk done. Arcebio is my favourite it reminds me of some of the place from predator 1