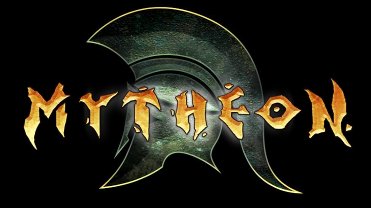 Petroglyph Games have announced their next endeavour. It's a kind of massive multiplayer online game wthat combines elements of action, strategy and RPG games. Here's their announcement on that:

For more information, and to register for news updates on the game, visit www.Mytheongame.com.

Mytheon is an online micro transaction game that uniquely combines the best elements of action, strategy and RPG game-play with a heavy emphasis on collectability and combat. This visually stunning title is set within a fantasy universe steeped in unique mythologies from across the globe. Players will first embark on a rousing journey through the extensive lore of ancient Greece; with ongoing expansions to follow that will delve into exotic mythologies from the far-flung corners of history. With real-time combat and extensive customization features, Mytheon will offer infinite replayability through group, PVP and solo play as well as an integrated social networking feature set.

"There really isn't a game on the market today that someone could compare to Mytheon," said Jeff Lujan, Founder and Chairman of True Games Interactive. "The game truly creates an entirely new genre offering a combination of features that gamers would normally have to play several different games to get. There is no doubt it is an ambitious project, but Petroglyph has routinely delivered AAA quality, genre-defining games and Mytheon continues that pedigree."

In the game, players will collect and customize a vast assortment of "Power Stones" which are used to conjure devastating spells and summon faithful minions in climactic battles against monsters and other players. Mytheon will offer three distinct character classes, each specializing in a specific "Power Stone" type, such as summoning or healing.

"The passion and energy behind Mytheon has been tremendous at Petroglyph. This is exciting new territory for Petroglyph to explore" said Chuck Kroegel, CEO and General Manager of Petroglyph. "We are making a compelling and addictive new genre that will have you fully immersed and entertained. We couldn't have asked for a better partner than True Games to take this journey with us and I'm certain that together we'll deliver a long-lasting new franchise."

For additional details on Mytheon and for continuous updates on the game, please visit: http://www.Mytheongame.com

###
About Petroglyph
Petroglyph is an award-winning, independent game development studio located in Las Vegas, Nevada. The company is composed of industry veterans with a studio-wide average of over ten years in game development. Petroglyph specializes in the Real-Time Strategy (RTS) genre, leveraging the experience gained from developing original hit franchises. For more information, visit www.petroglyphgames.com.


Sounds interesting, isn't it? Unfortunately, at Petrolution, we may even follow the announcements of the game, but we cannot trully cover it, unless someone finds out a way to mod it. Considering that the whole game is based in a company server instead of your own machines, it will be hard to customize it with our resources. But if there is a way create and host avatars, monsters or clothes or whatever kind of 3D model that could be inserted into the game, then we'll consider it.

We wish the best of luck for Petroglyph on Mytheon and I hope I'll play it one day.