Have no fear! We've managed to fight off the mighty hordes of video-game insanities that has
been crashing into the walls of our fair fortress of spare time and modding hours!

The last 4 months have been mad on the amazing game release side.. or at least it has been for me as the mad gamer i am
(and probably most modders with me) so work has been basically standing still but I've started work on a Shrine (name not yet decided)
for the Imperial Guard which will act as their basic source of income.

Also Only War 2 is now basically a One man show starring me (come to think about it, that's really how it's been all along..)
not counting the coding that was done a couple months ago by Torn.

Still, there's something for you to see and drool over until the shrine is done and I get on to the 2d bits (commandbars and such)
that need doing, the first pictures are some images we never uploaded of the now properly working
firing effect for the Hellhound, second is the.. well.. pretty self explanatory some more civ props I did a
couple months ago, and lastly there's the Marauder Bomber which we will be using as a Special Power and civilian prop
(and eventually most likely as a controllable air unit).

Until next time, whenever that may be,
Emperor Protects.

Oh, and a Merry Christmas and a Happy New Year to you all! 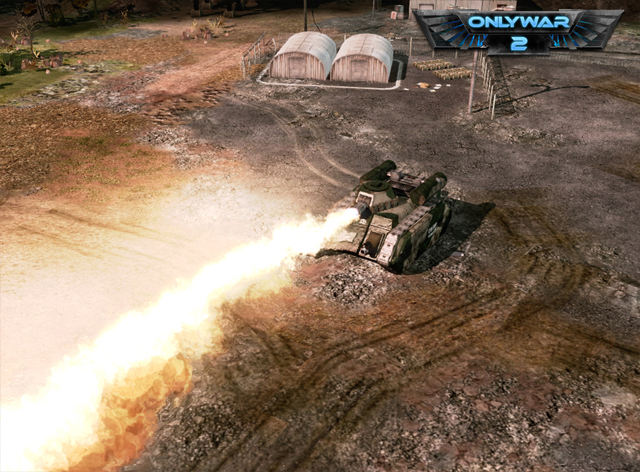 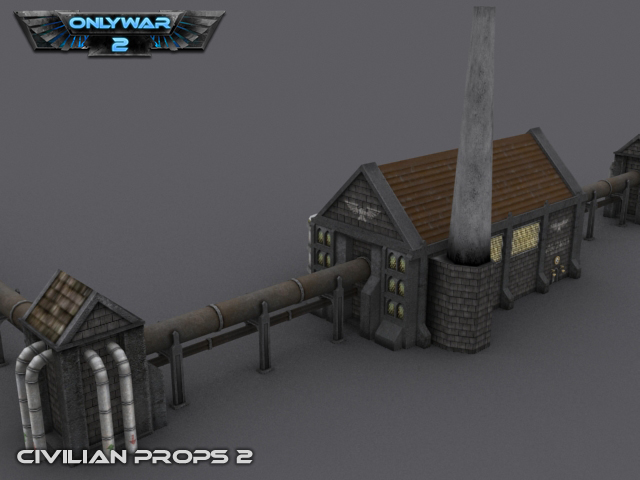 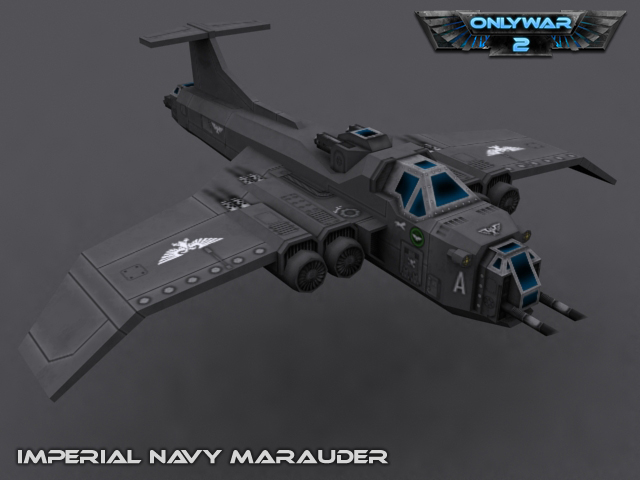 nice to see it's all coming along. and most importantly you're not dead yet.

this is shaping up to be really good, so don't time-pressure yourselves. If you can get just 2 races for an initial ground release it'll spark all the necessary interest in the mod needed to recruit a full size mod team. This is a large challenge you've set yourselves, it'd be best to do it in manageable chunks rather than trying to get the whole thing done for first release.

I strongly recomend you choose the two races you want to release first (looking at it, that'll be Necrons and either SM or IG) and focus on getting those in game and working.

by the way: the hellhound flame is beautiful.

yeah we're gonna start with just having one faction done and work from there, at the moment it looks like imperial guard will be done first and then we'll probably make necrons work, and by we I mean me

Looking really good mate, can't wait to have a go with some Guard on Guard action!

So.... looking good, but is boomer the only one working on this now?

I was.. until I got my new PC that doesn't like 3ds max for some reason, I'm still trying to get it to function somewhat properly tho

So this project has come to a halt?

kinda, for now.. I've fixed 3ds max now at least, and i want to make something so I might post it up when its done... if i get time to actually do it..