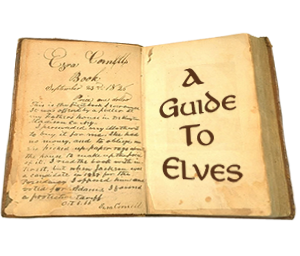 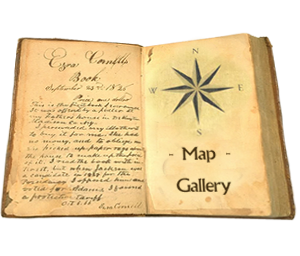 It's been a year since the last RJ-RotWK beta release, and the year has been full of progress. The release of v1.06 is coming in a couple of months and to lead up to the release, we're providing glimpses into what you can expect. If you thought 1.05.06 was a large update, you have not seen anything yet.

Click the Elven Guide book above to get a walkthrough of how the Elven Faction has been split into 3 sub-factions, and how they work together as allies to defend Middle-Earth. Over 15 new units and even more reskins have been done to bring to life Tolkien's Elves. Another news item will come out to walk through all of the units/structures.

Click the Mapping Gallery book above to see a larger, updated gallery of new maps to 1.06 (many news since the last update). Mapping has always been an important aspect of the mod, starting with the first RJ maps to mix BFME1 and BFME2 gameplay. With version 1.06 not only are we adding 20+ skirmish maps, but we are laying the groundwork for 2 very important areas: a new living, WotR map and campaigns. A very important note, almost every in-game image in this update was taken during regular gameplay. There were no additional camera animations to obtain these shots, just regular gameplay.

Lastly, ModDB is holding their annual contest. Help support a BFME mod with getting in to the Top 100:

Thank you for playing,
Robert J.

It is truely brilliant what you have have done with the elves! Words alone cannot describe how incredible the faction is. I especially love the option of using the beacon for summoning aid. Absolutly brilliant!! Am am curious though. What does the last page say in the elven guide?
And the maps are great too

Great update. I greatly look forward to playing as the elves, and hopefully playing against them.

I can't say anything for playing against them...but playing as the elves is just awesome, especially rivendell.

That elven guide is amazing!

That's simply amazing... the mod is already an hight quality one, but everything you're making around it is as good... This books idea... Well having the idea is one thing, but you did it, so just keep it up as long as you are motivated, make me dream with all these elvish stuff!

AWESOMENESS!!!
But what about heroes?

Wow, I can't wait.
The Elves aside, what will be included in the next update? Will any of those random ideas we came up with in the development topics be used? I'm particularly looking forwards to the Inn system, the Ring system and the Men of the East heroes being completed. RJ, your work is incredible. Really amazing. Please keep it up!

Posted on Middle Earth Center. robnkarla feel free to PM me all news updates. I come here about once a week. This mod deserves more news space.

Master of the One Ring

Looking very good and thought through so far

Mirkwood would have been the faction I'm most curious about, though - we all know how Lorien and Rivendell look from the movies, but Mirkwood will be a truly novel experience

(and therefore the most modelling work, I know ^^)

Build me an army worthy of Mordor!

But what about heroes?

- Blue wizard's powers are (almost) complete, at least a preliminary version of them, the fx may be fine tuned.
- Wulf has powers now
- Easterling Captain has powers, though will not be 100% complete for the release
- Harad Captain is still WIP for the moment

Any others you were wondering about?

The Elves aside, what will be included in the next update? Will any of those random ideas we came up with in the development topics be used?

- These ideas are of course all taken into account, gotta get inspiration from somewhere. A lot of the ideas which are suggested are often huge things which would take months to implement, so bear with us if we haven't used every idea, and remember that we may have stuff in the pipeline for future releases

-Here's a quick overview of what is new for this version (apart from elves):

) Sure other people can remember more.

This is just soo... The first time I am sick in 2 years, and Conquest comes out, great updates everywhere...

The race of Men is failing, the blood of Númenor is all but spent – its pride and dignity forgotten… It is because of Men the Ring survives.

Can we have the new Nazgúl names I came up with? Most people prefer them to the World-of-Warcraft-esque ones already there, and it would take, like, a second to implement. They're a lot better, I think.

And is the Haradrim Captain guy unfinished because it just hasn't been done yet, or are you just out of ideas? If so, the first hero in the list is the Harad Chieftain.

With the exception of Ren the Unclean, I like the original names. They're original. And marginally unimportant.

I don't think you have much of a shot with the nazgul names, unfortunately

It's relatively minor and rob picked the current ones from the one card game, or something like that.

We just haven't gotten around to harad man yet I think.

Yeah, no further work has been done on the chieftain. I think the nazgul names will stick because they've been like that for a while, and we're all used to them.

Oh, no. I hate them. And hey, mine are original, Puppeteer. They're either pulled from writing projects I've been working on or made up on the spot, although obviously I put some thought into what would work. And they fit more with the whole High Fantasy theme. The ones at the moment are a) completely unfitting and b) sounding as if they come straight out of a Conan the Barbarian book. I'm sure Tolkein would do a 360 degree twist in his grave if he thought people were referring to the Black Riders with names like Ren the Unclean. Ah well. It's all a matter of quality.

By the way, will WotR be fixed? It gets annoying having the computer freeze every so often.

Probably one of the related bugs in the current beta is doing that, i never had that problem before.

Shadow's Compass
Back to RJ News