A changed man is only the same man with a different outlook of life.

I'm such a professional

@witchkingshour: Actually I don't believe that the WitchKing's speed has been changed. I'll check on it next time I play as Mordor but I think it works out well as it is. If he is on foot then he is the same speed or just slightly slower than the orcs so he tends to be near the back of the formation (probably the best place for him since he isn't a close in fighter and his leaderships will reach the front troops just fine) and if he needs to get somewhere fast he can mount his horse and be there at the normal hero mounted speed. I haven't noticed any problems with him yet though I've only used him 2-3 times thus far in the mod.

I'm really impressed ;it looks like a real huge battle ..... The battle for the rule of Middle-earth. I love the ladders ....So it begins

Yeah the battles do look massive and thats what I love! More importantly leadership seems to be a valuable rule for certain heroes which also helps!

Any they really are im a beta tester

Who doesn't love it?

its great but is it possible to use other custom maps with it?

Of course....any custom map created with the vanilla Worldbuilder will work fine within the mod.

but don't rush it

Another round of screens

First off is a new map that I have made called The Paths of the Dead. I'm sure you can figure out what it is based off of

It is for 4 players but works best with teams of 2 on the top and bottom parts of the map. The starting positions are camps and there is one expansion point in the middle left of the map. 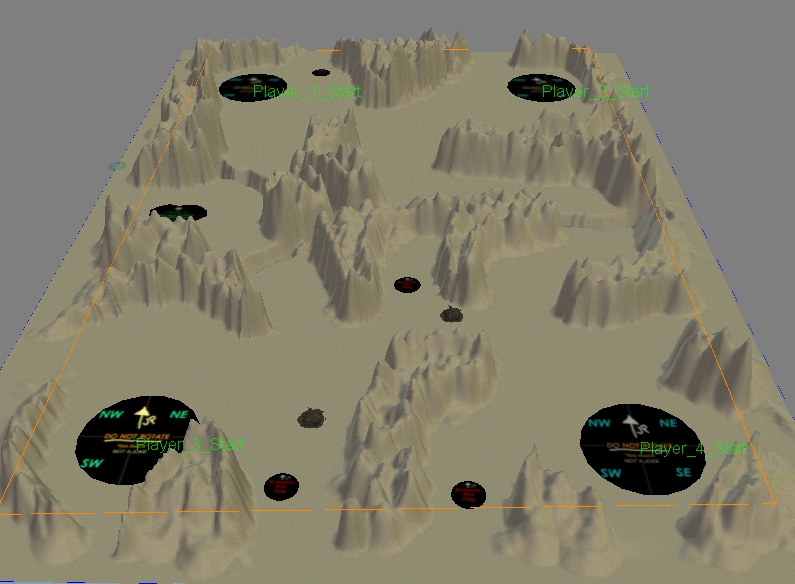 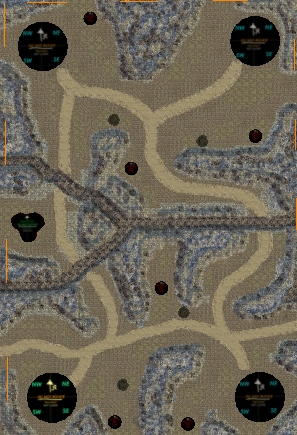 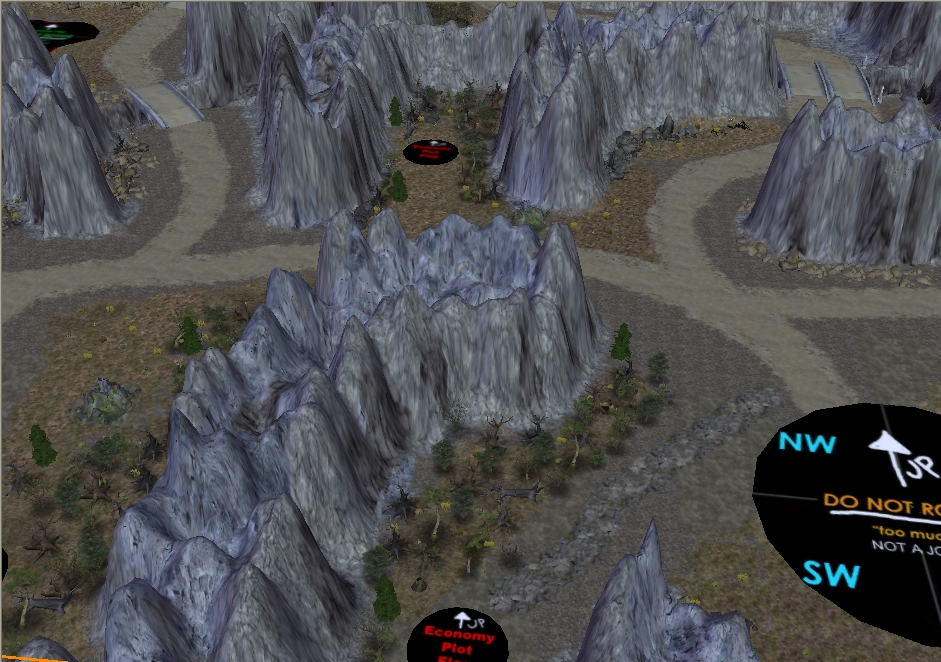 In the following screens I am mordor, Hard AI is Isengard (ally) vs Hard AI Rohan and Hard AI Gondor: 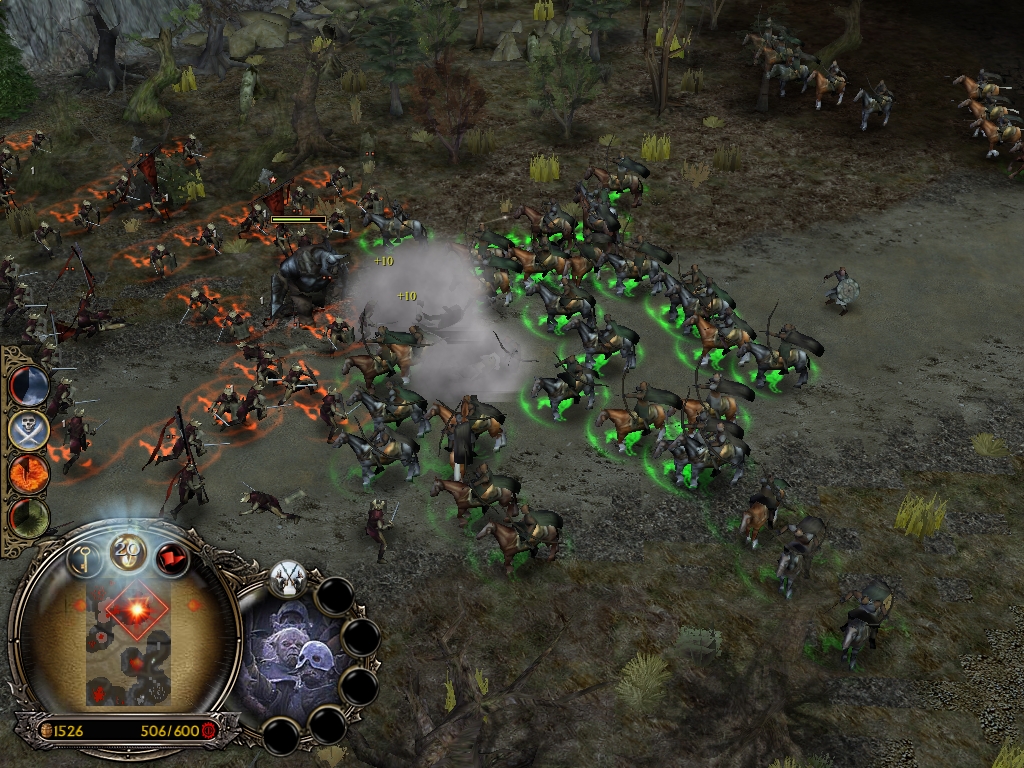 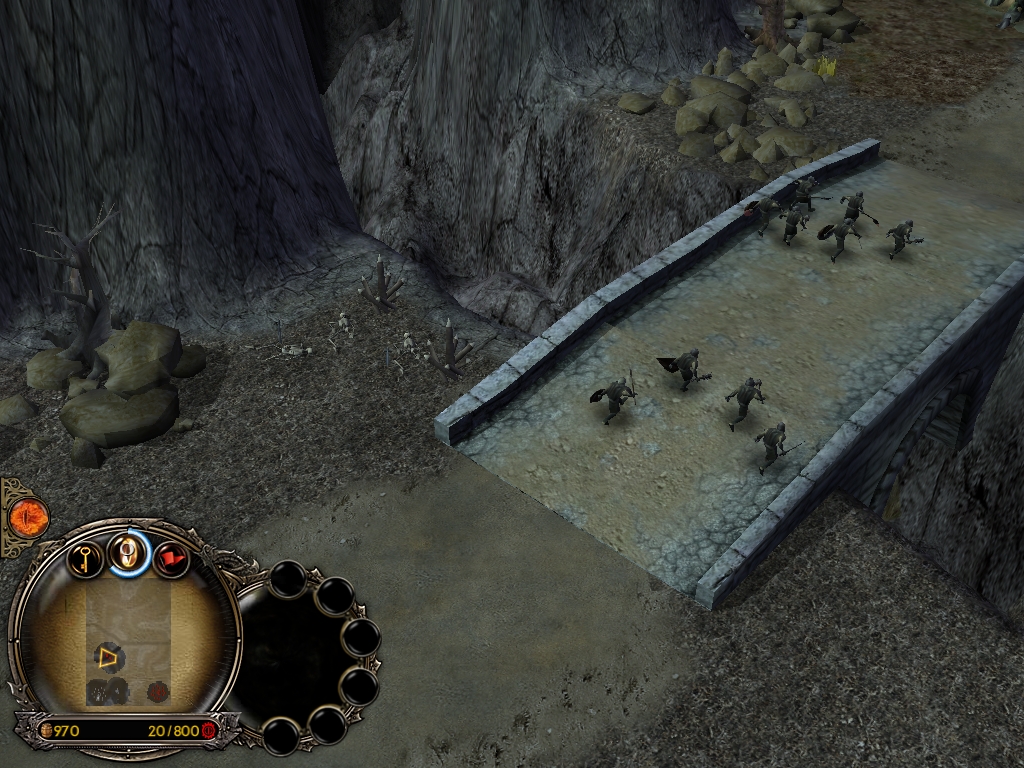 These rohirrim were a major headache till Sauron showed up. They were all dead about a minute after this screenshot was taken 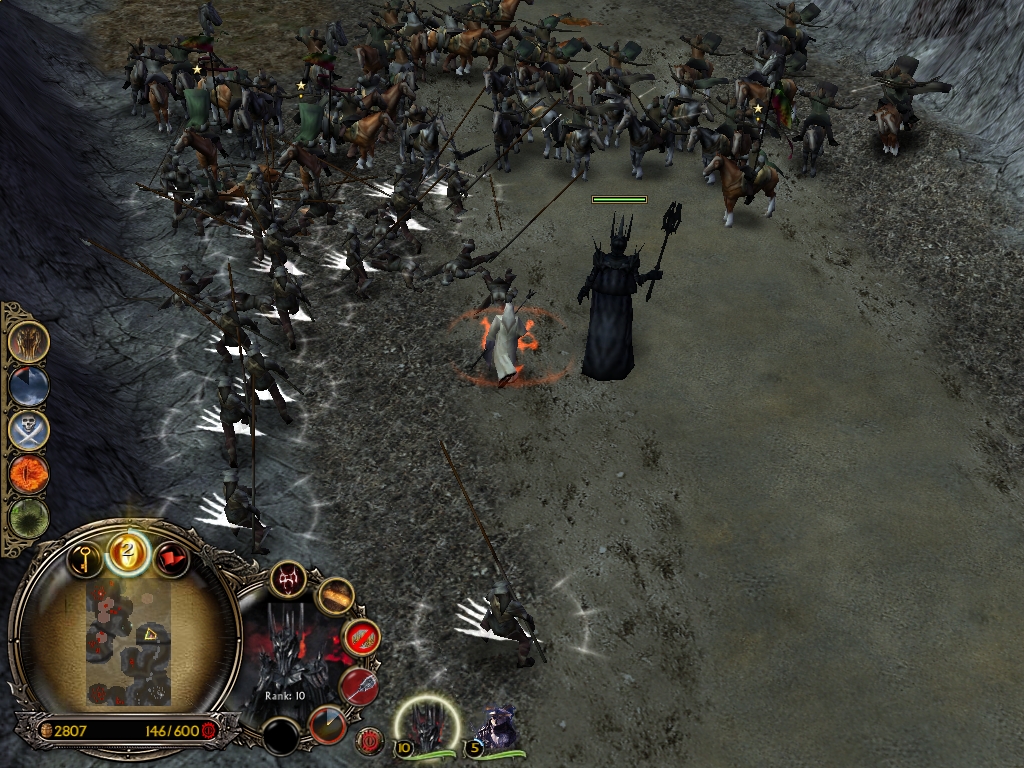 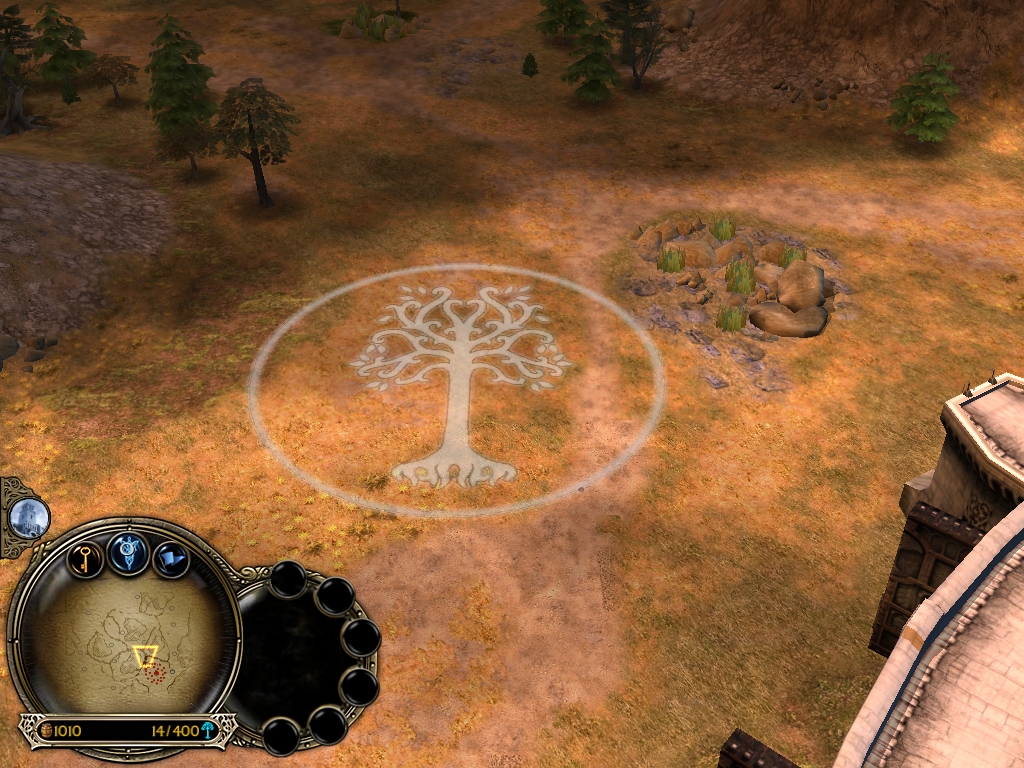 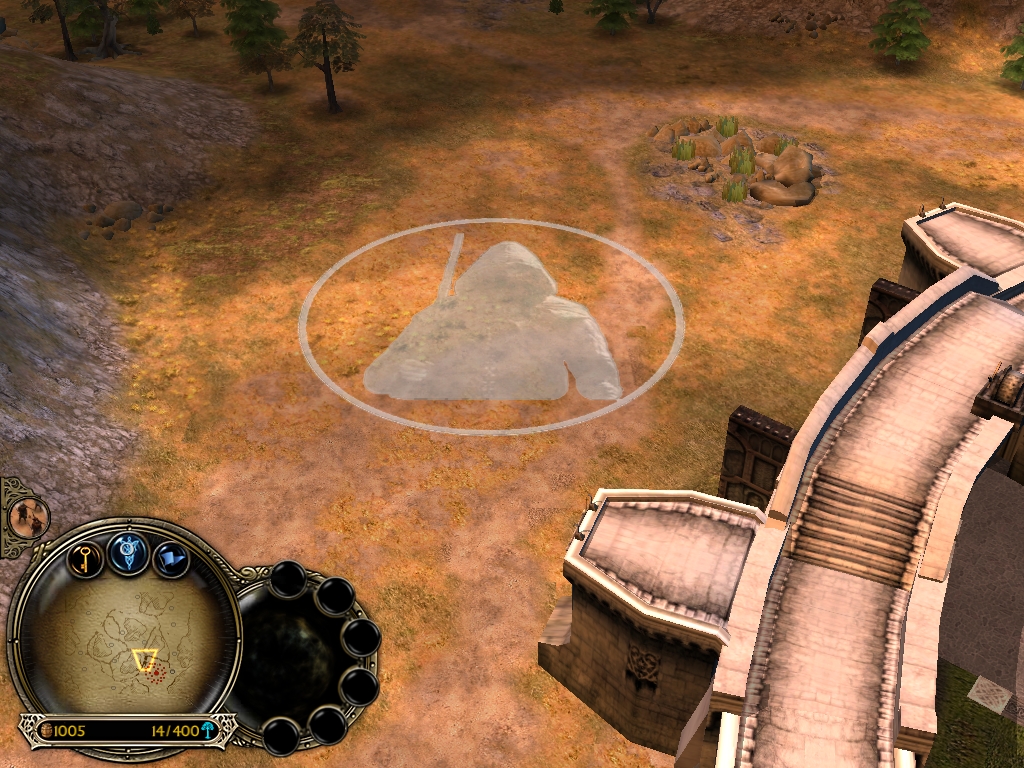 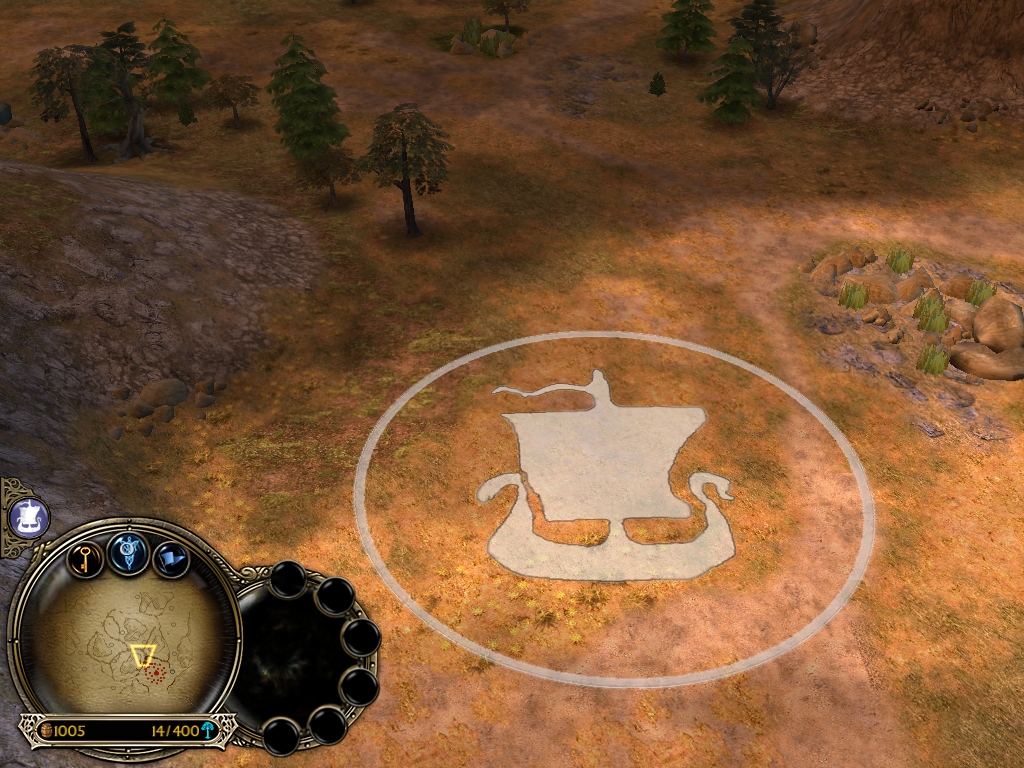 Finally a slightly redesigned Witch King. I had to redo the model to fix a problem with it and I thought, why not give him some cooler looking armor while I'm at it (note that the screens don't capture all the coolness... it looks much better in-game): 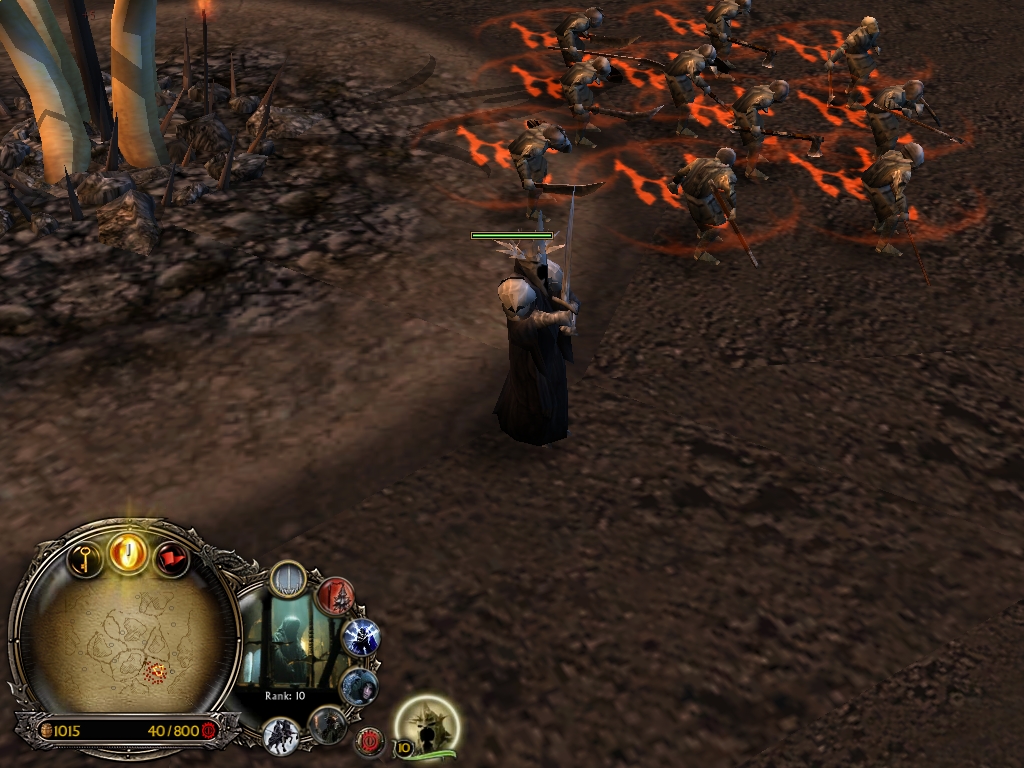 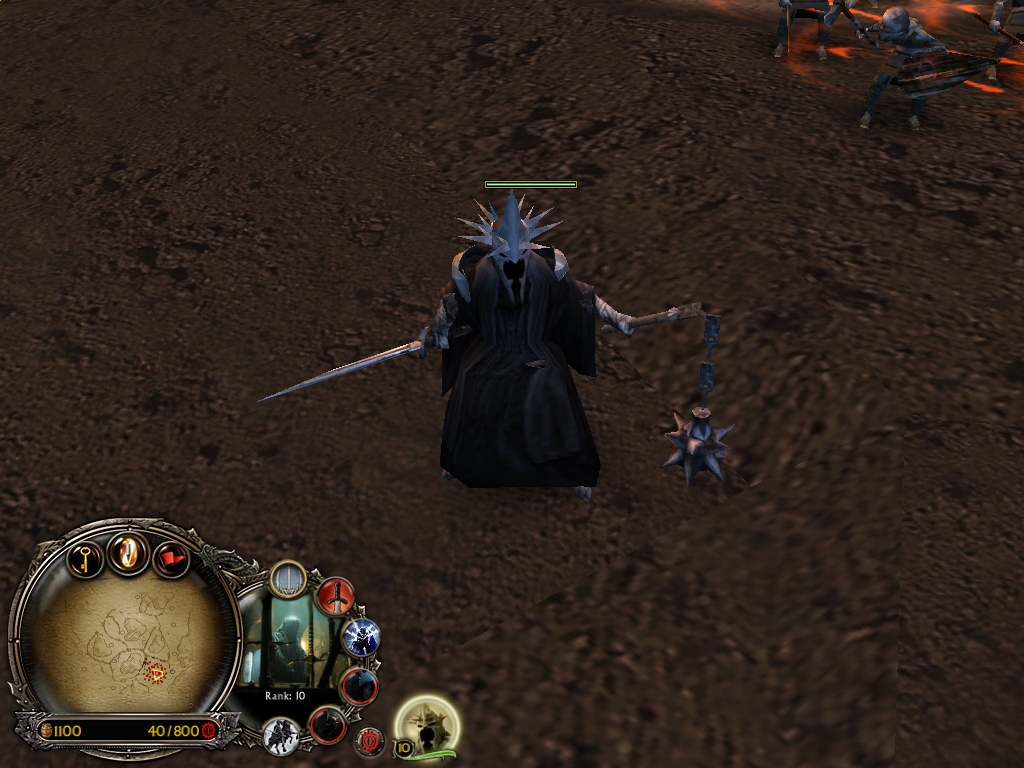 Mounted WK also was redone but I don't have any screens of him on hand.

These all screenshot are really fantastic.Gothmog,you are the best

Wow amazing Gothmog! Loving the Witchking Model.. Also Path of the dead looks fun.. I have a question.. I know it's probably been asked or said, but is the A.I. much more challenging? Like in Battle for middle earth 2 where they put pressure on you, get upgrades and heroes?

Believe me, the AI is much improved.

As Witchkinghour already said paths of the death looks good
But how much better is the A.I now?

Can't wait to play this! I been looking for a really good Battle for Middle earth 1 mod and I think I found it! Be wary if you play Paths of the dead because if you don't have the King of Gondor..

Then you will have a serious problem lol

I wonder if there should be a special creep lair guarded by a single AotD horde, if you manage t destroy the lair you get an absudely high amout of treasure and the AotD horde fade away.

Sauron's powers are based on the idea that he does two things very well: leadership and wacking people with his huge mace. Thus he has two different leaderships, one is a good but not outstanding leadership to units. The other is a leadership to the mordor heroes that allows their spells to recharge faster and do more damage. To complement those he also has an Anti-leadership that cancels out any enemy leaderships near him. Then he has a power that does a huge amount of damage in a single swing of his mace (great for one shot killing enemy heroes) as well as a power that shoots a fireball at the enemy (again useful for single shot killing enemy units and heroes). But by far his most fun element isn't a power, it is his mace. To see him slowly walk up to a bunch of enemies and then *wham!* he swings his mace and they are all dead... it's very enjoyable. And he isn't overpowered because his armor is very very strong but not invincible and the other "super heroes" all have a method of killing him instantly or very quickly.

A quick note about the super heroes if I haven't already mentioned them publically. Each faction has 2 heroes that are considered their "super heroes". Aragorn and Gandalf for Gondor, the Blue Wizards (Alatar and Pallando) for Rohan, Saruman and the Balrog for Isengard, and Sauron and the Witch King for Mordor. As you can tell, about half of them are the top tier spells for their faction and half are the most expensive heroes. So there are two ways you could get to them and both will take awhile. I call them the super heroes because they have powers that are better than most other heroes (most on that list are Wizards too). And each of them has one or two powers that can instantly kill another of them. Aragorn has the Oathbreakers and his regular sword attack does more damage to them, Gandalf has Istari Light, Alatar and Pallando each have a power (fireball type and istari light type), the Balrog has fire breath, Saruman has his Fireball, the Witchking has This is my Hour, and Sauron has his fireball power.

As for a special AotD creep lair, there isn't one and I don't plan on making one. But there are a few other pieces of eye candy in the map that you can enjoy