When I officially cancelled the mod a couple of months ago, I mentioned that we would be trying to work towards a limited release of the mod. After some thought, it became quite clear that of our close-to-finished stuff, the Dwarves were the most unique and well, basically the original foundation of the mod. When releasing anything, we would certainly include them.

This is what is going to happen. The remaining team will work on releasing a fully-featured Dwarf faction, in the style of the Elven Alliance mod. We call this project The Dwarf Holds.

You might be wondering about the other plans we had for the Rhovanion Alliance - features like minifactions, revisions to the original factions, all the other art we did. We plan on eventually including some of this in The Dwarf Holds, in particular we will use our large library of art assets to redo the graphics of existing units in the Gondor, Rohan, Mordor and Isengard factions. However, minifactions will not be included.

In terms of release date, as usual, I can't give one. However I dearly hope that we will be able to push a functional, fun to play beta out by the end of summer. We're sort of hampered by there being an insane amount of work left for the few people left working on the mod (me, Matias, m@tt, mike, Lauri and Sûlherokhh in an assistant posistion), but we will do our best. One of the ways in which we'll accomplish this is by working on a tiered release schedule; the first beta release will not necessarily include everything and a few very complex units we plan to have in the mod may be delayed to later versions. This will give us more time to polish the whole project and not release a rushed, incomplete version of the mod.

I'll leave off with some screenshots of our current alpha version. I'll try to answer any questions you have to the best of my ability. 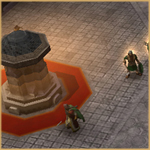 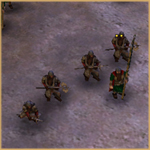 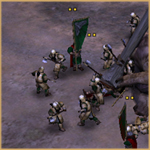 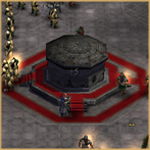 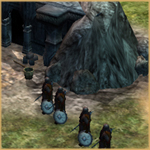 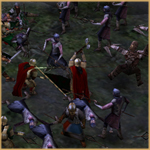 I've always liked RA's dwarven stuff the best (though Dale's buildings are top notch too). I can't wait for my new laptop, and the chance to play BFME again, and this mod

Also, i'm optimistic, since this mod is far less work than RA

We're sort of hampered by there being an insane amount of work left for the few people left working on the mod (me, Matias, m@tt, mike and Sûlherokhh in an assistant posistion)

Thanks man, thanks a lot

We're sort of hampered by there being an insane amount of work left for the few people left working on the mod (me, Matias, m@tt, mike and Sûlherokhh in an assistant posistion)

Thanks man, thanks a lot

So this is what mike was talking about...

Very cool. I've always wanted a Dwarven faction mod. I will be looking forward to this.

Edit: Do the Dwarven camps have full walls with gates? What about on those maps that don't allow siege weapons (there's at least one in the vanilla.) Is the gate attackable by normal units?

But will the existing base factions be modified in the way they were about to be? And will there be an Elven faction to go as well, based on all your elven content?

Dont mean to harrass you or anything, just curious.

It's great to see that all the effort that went into the Rhovanion Alliance will still end up in a great mod, and best of luck to all of you on this project. Pne question though:

I mean they won't appear at all at first, it's simply too much coding work to be accomplished in any reasonable time. Eventually, maybe, but don't get any hopes up.

Wow. This is pretty awesome. We'll finally get a full scale implementation of Dwarves in BFME I for the first time!

Im so happy thanks guys

Thank to all of you. You could have named it Dwarven Alliance

Sorry, I asked stupid question and edited it away

Thnx guys, so good to hear that there will be a release.
It would have been to sad for all the work done to be buried.

I mean they won't appear at all at first, it's simply too much coding work to be accomplished in any reasonable time. Eventually, maybe, but don't get any hopes up.

Will you put the new units and buildings into the INI file, so one can code it in for himself?

Maker of the Rise of Sauron mod

Let me know if I can help with something

But the Dwarves have but 5 building spots in their castle?

can't wait to see more Dwarven stuff. And I agree with 2pg, the Dwarves were one of my most anticipated RA factions. Glad they will be released eventually.