I've decided to 'reboot' the mod, so I started by just recoding the mod from scratch, even though I had no idea how to code cnc3, but it's coming along fine, ran into a few bumps and stuff but most of it got solved. Currently working on coding in the blasted Basilisk animations that I just cant seem to get working for some reason, also at the same time trying to make it able to deploy with a button press. I've also had big issues trying to do something as simple as add resource generation to a building.

With this reboot I've decided to scrap Necrons as a playable faction because they're just too damn slow and the CnC3 maps are just too damn large and open for them to really work (seeing as they're slow as um well a bloody turtle or something). And instead of Necrons we'll have Traitor guard/Chaos who are much more exciting, and to be fair, easier to balance and easier to play around with.

You will probably see an increase in activity as the end of the year gets closer, for now, have a look at this wip screenshot of an Imperial Guard base (ignore the tiberium, commandbar and crazy hellhound :P), second up are some civilian props and random imperial stuff taken in worldbuilder (hence the freaky shadows... i hope), the third pic is a wip sneak peek at a traitor guard hellhound tank which I'll probably name a Cerberus tank (color scheme is temporary). 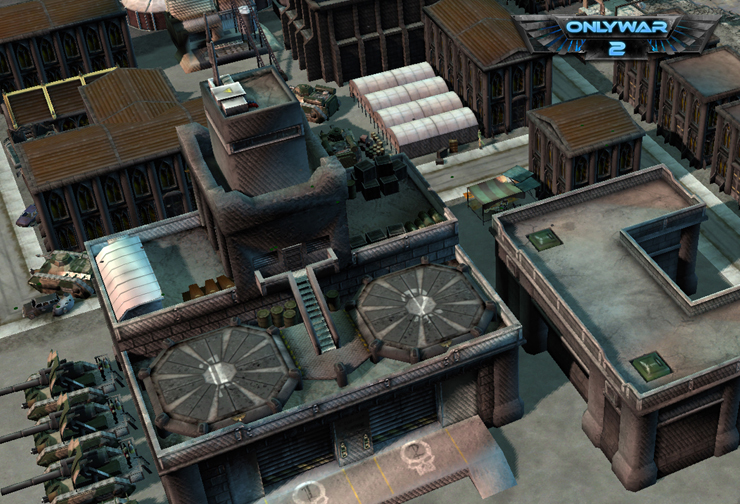 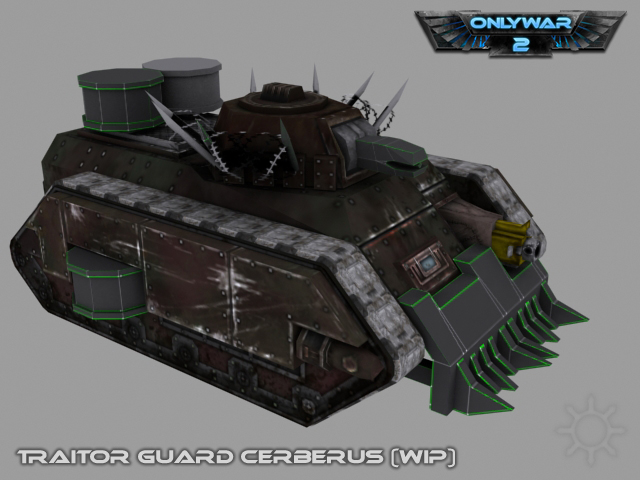 looks excellent, really happy you're still going on it. Look forward to a beta!

Cheers guys, still a lot of hurdles to get past though..

Good to know this is still alive, because I have been getting interested in the Dawn of War Universe. Can you update the MODDB page? Because everybody there thinks it dead

Man, everyone loves to call mods dead on moddb don't they..