Several Fighters Have Broken Off From The Main Group; Come With Me!

Nowhere will heroes matter more than in Operation Skyhook. The Rebels cannot destroy the Death Star, and thus win, without a starfighter hero. Fortunately, the campaign is full of them: Skyhook will have more heroes in play than any other historical campaign in the mod. We've added 17 new heroes expressly for use in this conflict - not even counting the others we've accumulated over the years. Thanks to extensive research and our innovative hero mechanic, numerous characters previously relegated to the background, from the ranking commander to the intrepid fighter pilot, will have the chance to act out the drama on center stage. So, without further ado, the Imperial cast in the fight for the Death Star:

Antonio Motti - appointed by Tarkin to be brevet admiral of the Death Star Priority Sector fleet, currently stationed at Despayre. Motti is the ranking Navy officer assigned to the project. He is exceptionally ambitious and self-confident, but owes his rank to political maneuvering rather than outright skill. As a military leader, his focus is on tangibles - keeping his fleet in top form - though he is seen as overrated. 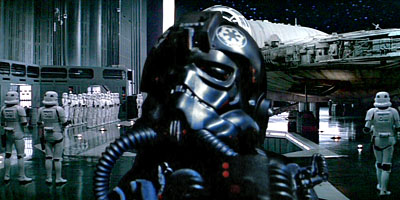 "Backstabber" - Vader's right wingman, known only by this moniker. Savage to the point of recklessness in combat - had he not the skill to match.

Bevel Lemelisk - chief scientist behind the Imperial Death Star, Lemelisk leads the design team at the Maw Installation. A genius among geniuses, he can greatly improve existing technology and accelerate new research.

Boba Fett - arguably the best bounty hunter in the galaxy. Word is, he can be contacted at Ylesia or Tatooine.

Cassio Tagge - top Army commander aboard the unfinished Death Star. Although a Tagge by birthright, Cassio's lot is in protecting Tepasi from external threats rather than unveiling new breakfast sandwiches. Old enough to remember what it cost the Republic by underestimating the Separatists, a mistake he won't see the Empire repeat. He is typical of bright career officers at the height of the New Order: competent, but cautious. 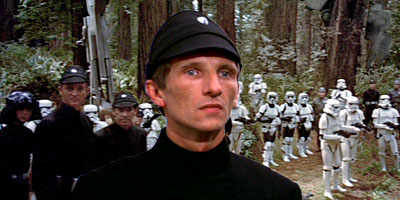 Daine Jir - Stormtrooper officer with the 501st, the unit attached to the Military Executor. Working in such close proximity to Vader has led to an air of informality, and the Dark Lord has come to respect his blunt commentary. Jir coordinates troops any time the 501st attacks something, making him an offensive specialist.

"Dark Curse" - longtime survivor of Black Squadron. Knows how to not get killed in TIE combat as well as anyone.

Darth Vader - the Dark Lord of the Sith and leader of the Imperial Military awaits with his personal attack fleet at the headquarters of Oversector Outer on Eriadu. Vader has been charged with finding the hidden Rebel High Command base and tracking down any and all stolen copies of the Death Star plans... although the Emperor also requires him to expedite construction on the Death Star from time to time, a duty he finds most annoying. His command style is the epitome of terror: all force and no finesse.

Mulchive Wermis - senior captain in Vader's armada. In charge of the Devastator, the Dark Lord's flagship of choice over the Immortal when he needs to get somewhere fast. Wermis is adept at procurement, but privately dislikes battle.

Nahdonnis Praji – commander of the Desert Sands sandtrooper unit on the Devastator. Has gained Vader’s trust with a no-nonsense attitude and repeated results. Excels at troop maneuvers. 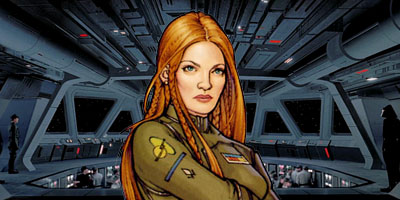 Natasi Daala – anonymous tactical prodigy and former kitchen corporal that caught the eye of Tarkin. Under the Grand Moff’s command, she is now an admiral responsible for the security of the secret Maw Installation.

Raith Sienar – the brains behind the Expeditionary Battle Planetoid might be persuaded to work openly for the Empire if Imperial forces can get to Lianna. He is a master engineer without peer.

Soontir Fel – disgraced squad leader with the pathetic 181st fighter wing. His skill at starfighter tactics is unquestioned, but Fel has fallen out of favor politically. One glorified victory is all it should take to return him to the front lines; say, at Ord Biniir.

Villian Dance – leader of the first TIE squadron aboard Motti’s Steel Talon. Dance is Corellian flyboy who can spin circles around just about anyone in the Horuz system.

Wilhuff Tarkin – Grand Moff dually in charge of quashing Rebel activity in the Outer Rim and the Death Star project, presently overseeing the final construction phase of the latter. Author of the Doctrine of Fear – and not afraid to destroy a planet or two to prove it. Despite that, Tarkin is more of a New Order figure than a military one and is most adept in the arena of words.

Wullf Yularen – head of the Imperial Security Bureau aboard the Death Star. Yularen is fanatically devoted to Palpatine and is there to surreptitiously maintain the loyalty and morale of fellow personnel. 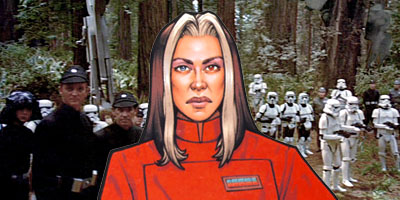 Ysanne Isard – the ambitious daughter of the Intelligence Director and an Intel agent herself, Ysanne has been sent on an unsurvivable mission to recover data on the location of the Death Star construction site. She could, however, prove more capable than anyone yet realizes.

Traveller in the Balance

My friend, as a new year's wish, I sincerely hope you and your work get noticed in 2010. If most Star Wars game designers applied themselves as much as you, SW fans would NEVER have to complain about the quality of a game EVER again.

For what it's worth I believe you are a truly exceptional fellow.

If it's hard then it's worth doing.

Hell, this news more than makes up for my phone's lack of texting intelligence right now. Happy New Year, and your work continues to amaze, PR.

Ha, anyone that makes a point of checking our site after coming home from New Year's Eve celebrations is pretty amazing as well. Thanks all... I'll have the Alliance side within a few days.

PR Crew will never cease to amaze me! Truly awesome.

Wow- has all of this information even been compiled before? Are you the first ones to piece all of these individual stories together? Kudos to you.

Don't think, Fingan, you aren't properly equipped for it.

Wow- has all of this information even been compiled before?

Exactly as I've written it? No - there are some very deliberate, and I'd like to think good, retcons in most of the entries. It's not many sentences, but it actually took a while to write because of this. Nothing should be disprovable outright, but if you look hard enough, you'll be able to find the parts I pieced together.

I felt that doing the old heroes again with these posts was a necessity due to lazy continuity in the past. For example, I would bet that even the most hardcore fans have trouble visualizing an Alliance that's not all Mothma, Ackbar, and Wedge, or an Empire without stereotypically evil or incompetent leaders. That's because it's rarely been done before. It's as if WEG set this bar with all of this military organization stuff, and no one ever bothered reach for it because they just thought it was good enough. Well, we're reaching.

Squadrons fluctuate, so I decided a long time ago not to put multiple heroes in them like PG did. If you bring Vader and all of his wingmen together without upgrading them, it's essentially the same thing. But the point is, there are more good pilots in the Empire than Soontir Fel, so you have to think of them as more than just wingmen. If you upgrade them, then Black Squadron simply becomes Black Wing, or Black Group. Reorganization like that happens all the time.