Accelerate To Attack Speed; This Is It, Boys!

And the dramatis personae for the Alliance:

Ackbar - one of the primary leaders of the Dac Resistance who was captured and taken as a slave by Tarkin. Ackbar is a talented fleet tactician with no love for the Empire. Should SpecForce ever find the opportunity mount a rescue mission to the Grand Moff's estate on Eriadu, he would certainly aid the Alliance.

Bail Organa – officially Alderaan’s representative on the Advisory Council, having led their resistance forces, Bail serves in a greater capacity as a doppelganger Chief of State on Mothma’s behalf. Whenever she needs to be in two places at once – which is quite often – Mon takes the public role and sends Bail on a clandestine errand. Not being openly identified as a Rebel allows him to move freely about the Empire gathering intelligence. He is a diplomat that specializes securing capital for the Alliance, a cause to which he has donated a considerable amount of his own fortune. 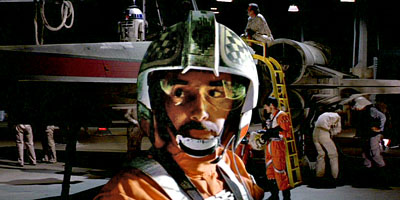 Biggs Darklighter - Rand Ecliptic mutineer and up and coming X-wing pilot based out of Sulon. Helped steal the original T-65As. Knows a few maneuvers from his daredevil youth racing T-16s.

Bob Hudsol – cautious Starfighter Corps general who is the ranking member of the Alliance in the Bothan sector. Operated Ghost Base on Krant before it was overrun by the Empire. Has since set up on Kothlis, which allows Hudsol greater access to his Spynet contacts.

C-3PO & R2-D2 – part of the droid pool on the Tantive IV, although frequently missing from it. Ownership by the House of Organa has led to many adventures, not all of which Threepio remembers. 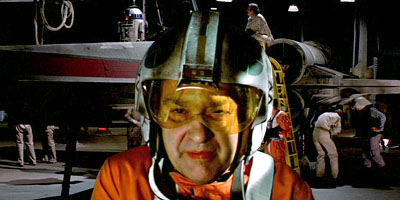 Evram Lajaie - popular admiral with the Independence Task Force, presently holding orbit over Yavin. Retired from the Brentaal Commerce Guard. Handles the protection of the Gordian Reach at Dodonna's behest.

Garm Bel Iblis - de facto leader of the Alliance Military, formerly of the Corellian Resistance. Assumes Mothma's responsibilities as Commander-in-Chief by mutual agreement. Currently entrenched on Ralltiir, which is in open rebellion, and there's nowhere else he'd rather be: Bel Iblis is one of the best in the galaxy at coordinating a defense. Frequently argues with the Chief of State over strategy.

Garven Dreis – commander of Red Group, an X-wing unit scattered across the galaxy, but technically attached to the High Command base. Dreis spent countless hours in the cockpit of Headhunter during the Clone Wars and is much respected by the younger pilots for it.

Han Solo & Chewbacca – former Imperial flight lieutenant and slave, respectively; now smugglers for hire. Not fond of politics, but could be persuaded to work for the Alliance for the right price. Last spotted on Ylesia and Tatooine.

Jan Dodonna - Supreme Commander of Starfighter Command and leader of Yavin Base. Dodonna and most of his personnel were cannibalized from Dantooine Base, which was safely evacuated six months ago after security was compromised. He is a legendary tactician and hero of the Clone Wars.

Jek Porkins – free trader who became a bomber pilot when the Empire forcibly relocated the population of his homeworld. Assigned to the semi-active Yellow Aces squadron on Tierfon. A natural at strafing runs.

John Branon – former Support Services pilot who now flies X-wings. Given Branon’s experience with logistics, he has volunteered to organize a relief mission to show Alliance support for the Bith. 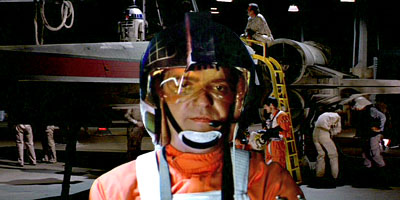 Jon Vander – Academy-trained TIE/sa pilot that deserted after being ordered to massacre compatriots on Atravis. Has quickly risen through Alliance ranks thanks to a strong grasp of tactics. Presently with the Specters at Renforra Base. 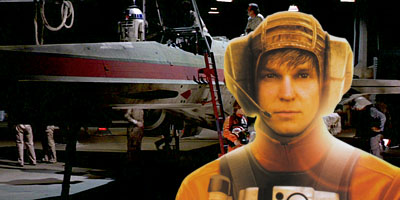 Keyan Farlander – backwater pilot recruit on tour with the Liberty and her task force out beyond Ammuud. Has standing orders to disrupt Imperial supply convoys in the Corporate sector. Lucky enough to have survived thus far.

Kyle Katarn – mercenary with stormtrooper training hired to steal a copy of the Death Star plans from the research base on Danuta. The Chief of State herself approved this suicide operation, so perhaps it will even succeed.

Leia Organa – the Imperial Senator of Alderaan and Minister of State for the Alliance, frequently at the same time. Uses diplomatic immunity to undertake various mercy missions to besieged planets with Rebel sympathies. Tasked by her father with tracking down and recruiting any remaining Jedi. Fiery personality and charm can get soldiers to do the impossible for her cause.

Luke Skywalker - hotshot bush pilot with dreams of joining the Rebellion - if only he could escape Tatooine. Really just a kid, but Old Ben seems to think highly of him, and Darklighter would certainly vouch for his skill.

Obi-Wan Kenobi - crazy wizard who lives in seclusion on Tatooine. Organa knew him as a Jedi Master, but that was before the Dark Times. Might be willing to aid the Alliance if the stakes were high enough.

Raymus Antilles – acting Supreme Commander of Fleet Command until a proper replacement can be found. Not having much of a fleet to work with, Raymus usually conducts hit-and-run missions with a flotilla of smaller starships that he directs from his Sundered Heart. Works closely with both Mothma and Organa to exploit targets of opportunity.

Tiree - promising young recruit who became a Rebel after his homeworld was brutally subjugated in the Nembus sector campaign. Can make a Y-wing jink as well as anyone Vander has seen - thanks in part to custom thrusters that Tiree assembled from spare parts. Now undergoing advanced "training" at the battlegrounds of Ralltiir.

Vanden Willard - commander of the hidden Special Forces base on New Kisge. Has staged several daring rescue operations on passing prisoner transports headed to the Spice Mines of Kessel. Willard is at his best when orchestrating an ambush.

Wedge Antilles – weapons smuggler with loose ties to the Rebellion. Hates the Empire. Might make a half-decent snubfighter jockey if recruiters could set up on Corellia.

Finally, I’d like to thank Invadious, whose help preparing dozens of images for icons made most of these heroes possible.

Only one question: I see a few of mentions of raids and missions and such. Is there currently a way of implementing such aspects of the Rebellion into PR? Such as decreasing the Rebellion's retreat time and damage multiplier to make hit and run raids on targets, with smaller bomber forces and the like, a little easier and more appealing?

Only one question: I see a few of mentions of raids and missions and such. Is there currently a way of implementing such aspects of the Rebellion into PR? Such as decreasing the Rebellion's retreat multiplier to make hit and run raids on targets, with smaller bomber forces and the like, a little easier and more appealing?

The Keyen Farlander mission is real. The RA has a moderate fleet stationed above Ammuud in the Corporate sector, so you can certainly strike at targets in the area. And as there are only a handful of Immobiliser 418 Cruisers in the campaign, you can certainly do hit and fades with small rebel forces. The trick is to sit out on the edge of the map and wait for scouts to come and take a look. hit them hard and run away!
I'm sure it's possible to nibble away at forces this way.

I'll get the testing teams to check it out and report back.
Ghost.

I think I did that myself a year or so ago; should be in the game constants file under the respective faction's set of data. I know I posted once about it on here; I may have listed the actual tags if you wish to dig it up.

v1.2* yes. And the new look seems to be as a result of the Petrolution board theme being obliterated from the existence of the forums. And I miss it.