I got a little bit inspired by the recent (well kind of) Cartographer's call comp and while I was too late to make a submission, I decided to finally try my hand at starting my own little map.

I have been mapping YR maps for years, but, I consider this to be my first map that I've ever really created with the intent of it being a general skirmish map and/or a detailed map that's fun to play in and strategic. Most of my other maps were simple layouts and designs that were made fun by the addition of tons (and tons) of triggers that created completely different modes of gameplay which, while massively fun, were not really detailed maps.

So without further ado, I wanted to submit the first hash of my first "real" multiplayer skirmish map, named One Night Stand. 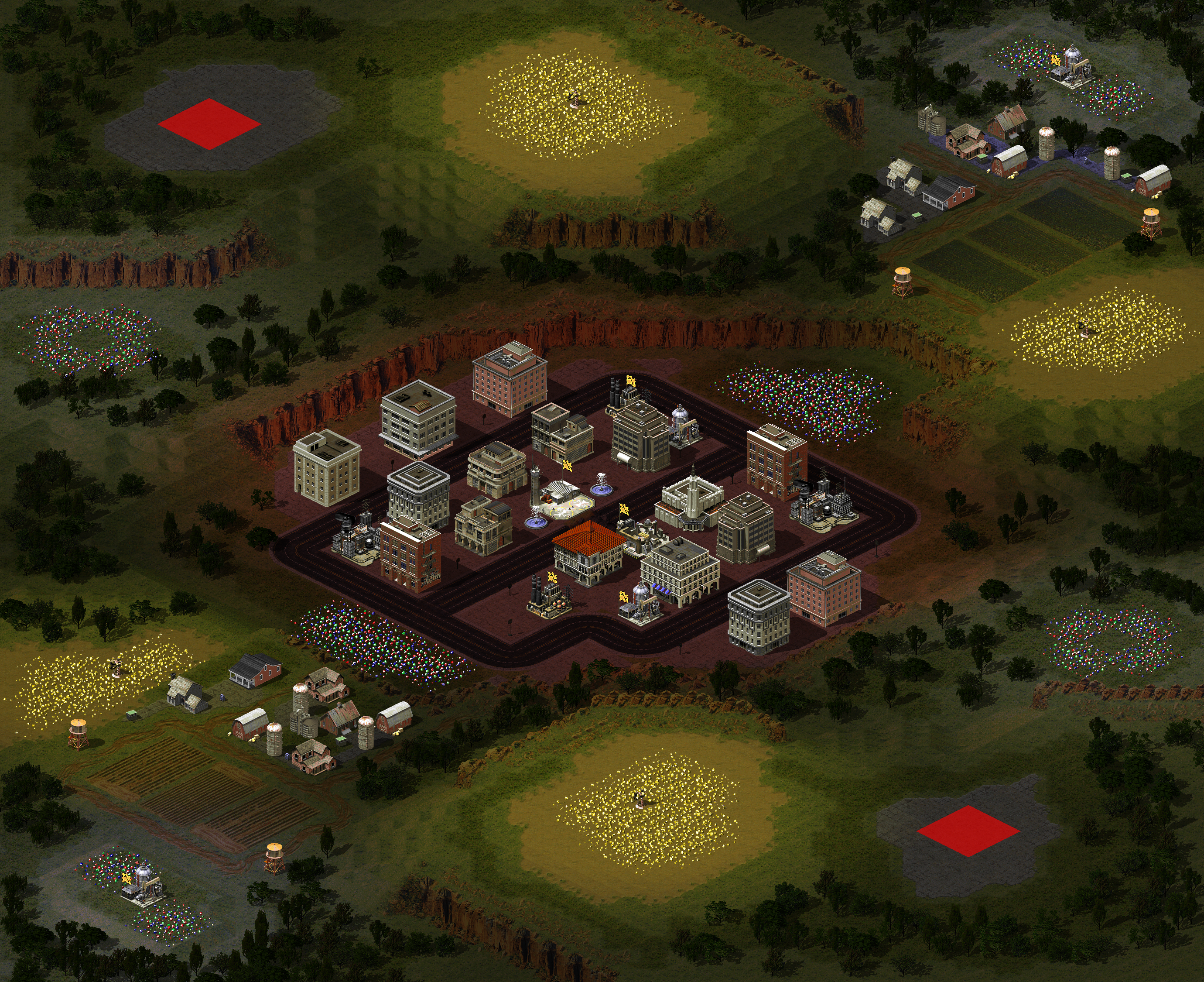 This map is a brutal urban bloodbath designed for intense gameplay with a focus on the huge amount of resources in the middle, namely the two gem spots and the oil derricks on either side. There are plenty of buildings to garrison and take full advantage of, and the short distance between the two bases means that an early knockout tank rush is always an option, and you don't have to spend so long getting your forces to the base that he has already outproduced your moving army. I admit, this map naturally favors Allies over Soviets, but that's just an unfortunate fact of any urban combat scenario. Other features of the map include small expansion ore fields on either side with oil derricks neatly tucked in the corners and "early warning" farming villages to garrison that serve as an advance defense to cover your side flank from attacks.

One thing I wanted to mention is that this is still a WIP in some aspects. For instance, no triggers have been added yet, as I am still working out a few detail things, and no INI edits have been made yet (yes, naval yards are buildable. I know, I know...). I really wanted comments mainly on the design and layout aspect of it.
Also note that this map, while it is perfectly playable and fun in vanilla YR, is a whole lot more fun when you play my mod C&C YR: Chronostorm.

I know it seems like I'm doing something wrong by posting in this thread, but I'm aware it's the last thread and I have constructive criticism on this map.

First of all, this map was well-designed. I'm impressed at how well the game I played went on it, never having any map-based issues (my own failures in the game are my lack of paying attention) aside from a cramped feel from the trees near the player's base. The map could really use some more naturalization of the cliffs and ramps, as they are good but you can tell that they weren't given much thought to elegance. The lighting on this map was very well done in my opinion, although you can notice the Attack Dog anims aren't affected by the lighting.

I didn't notice any pro-allied gameplay here, as Soviets can easily counter any garrisons with Kirovs, Siege Choppers, or V3s. I played with RAX so I used MiGs to deal with any threat from garrison structures.

I'm quite interested in seeing what you do with this map as a finished product. I want to see your trigger work give this map an environment, but don't go overboard with it as I know it can cause some lag issues online if overwhelmed with environment.

Back to Map and Terrain Discussion