Whilst I am making an announcement post, it's an ideal time for me to share with you what has been going on behind the scenes as It has been quiet around here for a while:


- My Co-Leader, Lin Kuei Ominae had been working on some many eye-candy tests a while ago in order to improve upon some of our older tests. Some of these tests (which have turned out very successful) will be implemented into the next build for you to enjoy during the next release, which might even be an Xmas present from me to you this year. 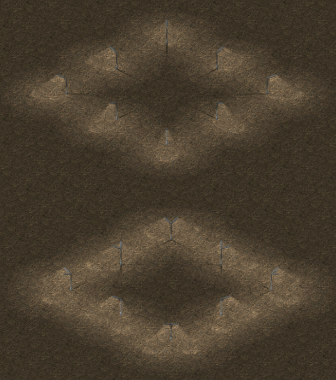 
- As some of you may already be aware, I have posted previews of the new Trees that Mig Eater and I have been working on in the Terrain Forum, the Tiberium Flora is soon to be replaced by Droke and Myself too. If you haven't seen the tree already, here are some previews for you of the different kind of tree sets: 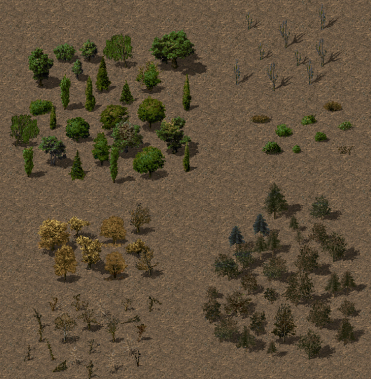 
Obviously, the above Image is just to show you what each tree-type is like, here is a preview of them on some of our current maps:

(Click on these images to view them in actual size)


- Some work from the Mapping side of the Twisted Insurrection fence, which again some of you may also be aware of. Dudeinabox and I have both made a new map each which adds to our huge Map selection variety, hopefully we will reach over 100 Maps (that's one of our main goals) before the Final Release occurs, check out these new maps in actual size by clicking on the Mini-Map previews below:

- I have gotten a lot more work done on the Interior Theater, which adds a new Laboratory set and a lot more additional Eye-candy. The Interior Theater is complete as it has all it's necessary components for map-making and reasonable eye-candy, but I'll still be making more bits and pieces for it, just because I can. 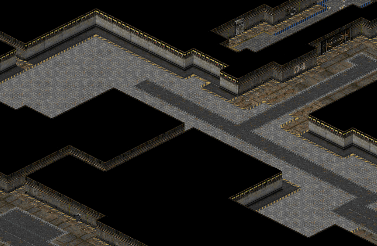 On one final note, the Twisted Insurrection Website is back up and running: Be sure to check it out!

And that is all I can show for now. Be sure to keep your eyes open for many more previews to come, I promise you, there is a lot more on it's way.

Vote Twisted Insurrection for Mod of the Year 2010!

"Aro is OP." - TiberianFuture
"Aro for Dictator!" - Droke
"Aro for President!" - CL4ymOr3
"You're Aro, you always win." - daTS
"He's referred to as The Aro because he really is that f*cking awesome!" - Fenring
"Only members of the A.R.O. Society are allowed to use :WAT and related terms (TAW:, :BIGV, etc.)." - Crimsonum
"To Aro, founder and leader of TI, the best public relations and mod manager, great friend, modder and mapper." - Lin Kuei Ominae
Back to Mod announcements