There was long pause in news. But work was continued all this time and we are ready to show results.

Let us start from USA. USA Cybernetic general was the one who recieved the most of graphic updates.

Dcesarec represented a number of cyborg models made on his own initiative. The best ones were chosen for the mod. Cyborg models were replaced with new ones already. The render shows assault cyborg with build in machinegun. But the mod has the second one too - the one with missile launcher on a shoulder. 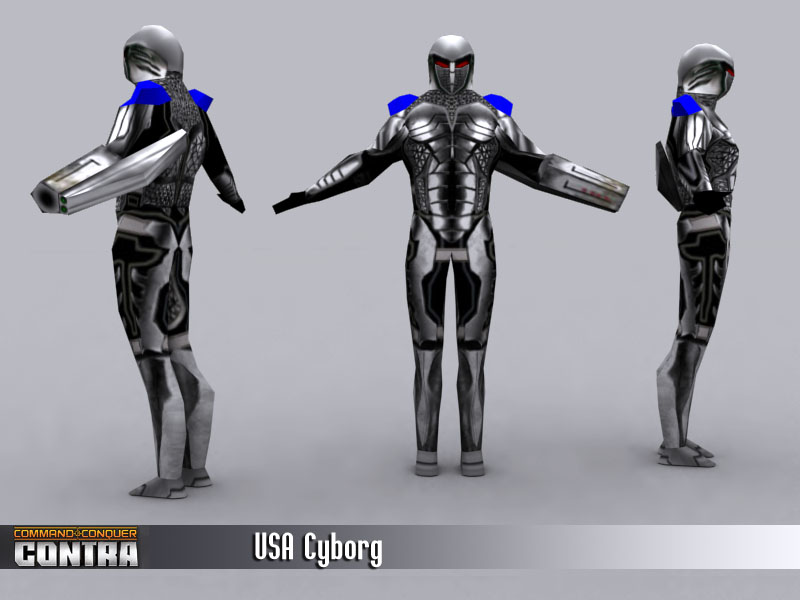 The second masterpiece of Dcesarec - is the model of Cylon. It will replace old Stormtrooper models, which were taken from Descent-3. 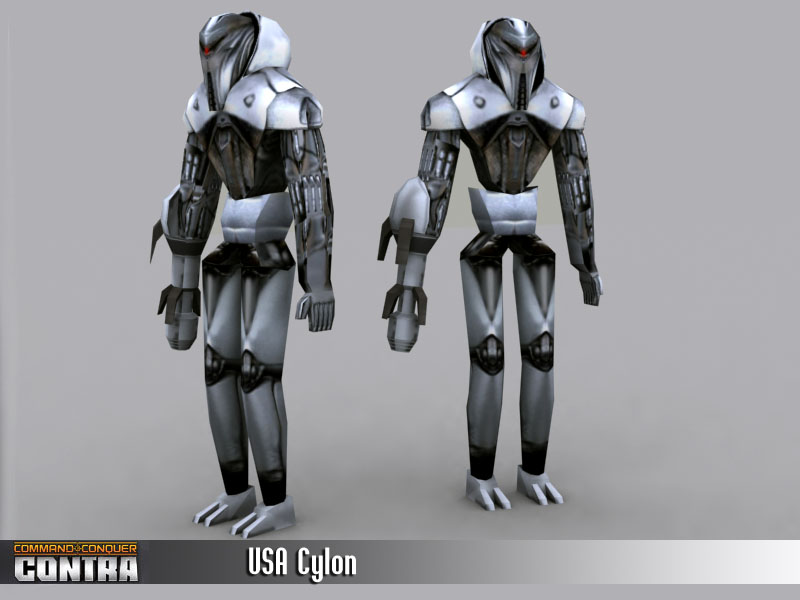 And at last, the third creation of Dcesarec - is new "Insectoid" drone for USA. You will not be able to build these drones in factories. They are launched by Drone Controller. There is packed version shown in left bottom corner of the render. Insectoid will reach destination in this state. But it will unpack then, straighten its wings, bend the tail and attack enemy in the state shown in upper right corner. The model does not look very detailed, but it will be small in game and such detail is more than enough for a small unit. 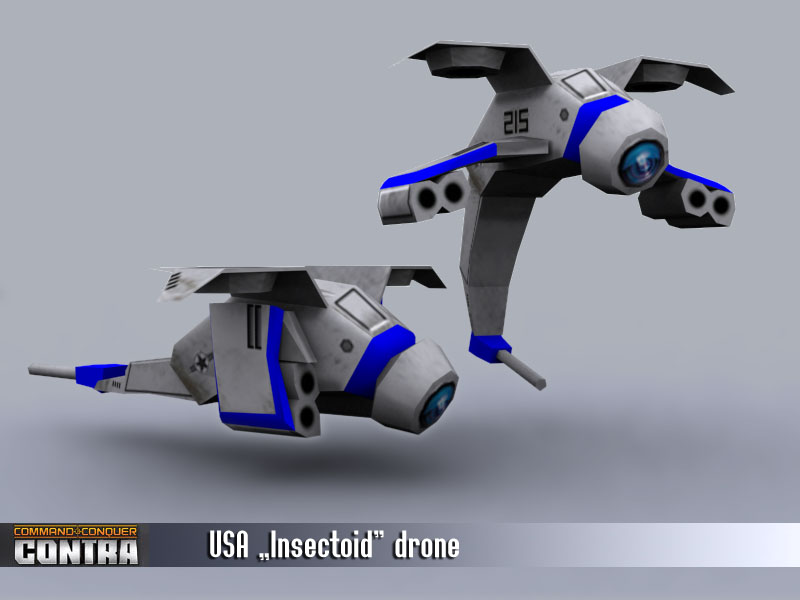 Now, let us talk about China. Tank general has bad skin on his ZTZ-104 tank. I represent new, improoved variant. 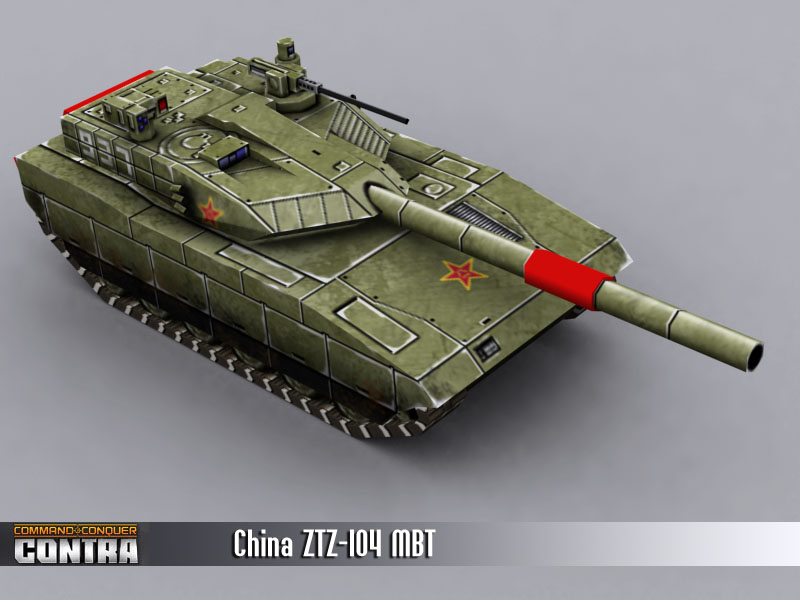 And there is yet another innovation - new parachutes for both vehicles and infantry. Triple parachutes for vehicles are shown on the screenshot below. Infantry parachute is the same, but single and smaller in size. 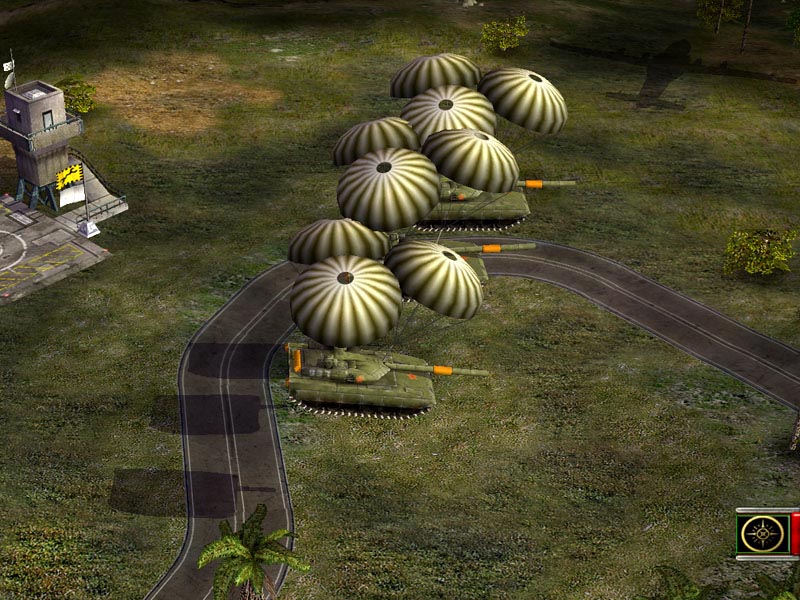 Take the Magic: The Gathering 'What Color Are You?' Quiz.

Nice updates!! Especially like the new models Dce, and the new parachutes look much more realstic.

I'm glad to see this update.

WOW!!!! so much epicness in 1 post lol those are some nice models keep it up

beyond the eternal pleasure of war, when the dead rule and the living die, and the pain of destruction has reigned. when skulls are crushed under the threads of heavy metal. when this time comes i shall arise and rule you all HAIL TO THE KING. praise all forms of xeno for they inherit the future

nice!
keep it up!

The new skin for the ZTZ looks much better indeed, and the chutes have something more realistic in them =)

its like a big ball of tesla troopers firing on down below, but cant attack structures. ION STORM

Do you want a mod that is half-finished and buggy? No? Then be patient and wait!

wow, you sure creator'd alot in 5 month

Wait until we release it.

Nice updates!! Especially like the new models Dce, and the new parachutes look much more realstic.

I try to start contra but my computer keeps saying critical error. that is may be caused my overheating and what not. i put the resolution to 800x600 and that still didn't work. any suggestions?

I can't run contra because it says that i am having a serious error."It may be caused by a virus, overheating, or system is not able to run the program." i lowered the resolution and it still didn't work. any suggestions?

Do you have windows 7 or vista?

Hey guys, can anyone tell when you plan on releasing this mod ?

HI!!!
I am new here (this forum) and i wanna know if sometimes
we can have Command and conquer Contra 007 in spanish.
I would like it!!
And if I have to traslate something just tell me.
I´m really interested in this mod.
Thanks.

Looks like forum is dead for two months now

The problem is, the modders don't get that, the longer they wait, the more fans they lose.

It just seems that the modders themselves lost the interest in making this mod, creating only a couple of new skins in 5 (!) month.


Sad, really. Had much fun with it.