In this update, I'll be showing off Isengard's new hero and some major changes to Saruman. 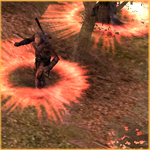 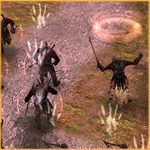 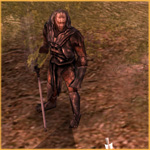 A relatively cheap hero, Ugluk is Lurtz's second in command in Peter Jackson's movies. He is less of a fighter than his superior officer, but better at working with his subordinate Uruks. In The Dwarf Holds, his powers are leadership and support oriented. His initial Orc Draught power heals nearby Uruk-hai (as they are the only ones who will drink it!). Later, Uruk Lieutenant power gives a small bonus to Uruk Warriors and Scouts. At Rank 5, Commanding Roar gives a temporary buff to all nearby units' attributes. 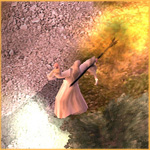 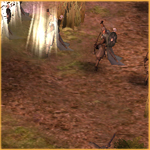 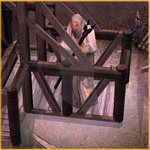 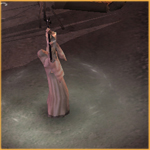 Saruman starts off with a new Rank 10 power - Storm. This power can be cast on enemy buildings to massively decrease their production output while damaging them as well. Don't like your opponent's prized Level 3 Mumakil Pen? Well, a Storm or two will destroy it. The rest of his powers are unchanged.

Eventually Saruman the White broke light to see what it was made of, and so became Saruman of Many Colours. In the mod, Summon Balrog has been replaced by a power upgrading Saruman. This gives him a host of new devastating powers to choose from. Firstly, Wizard blast becomes Crushing Blast, a new power with greater range that deals crushing damage to all enemies causght within its area of effect. Fireball is improved to Searing Fireball, which ignites the ground for several seconds after impact. Both Dominate and his Leadership powers also increase in radius and strength. Speech Craft is replaced by Isengard Unleashed, a new power that greatly boots the production speed of a target building for quite a long duration. Finally, Storm is also replaced - Duel of Minds is another crafty new power. When used, Saruman will engage in a duel of wills with the opponent. This has the effect of debuffing all of their attributes and doing some light damage. The power lasts until Saruman is moved or uses another power, so can be used to lock down an opponent's hero. However, there are a few mighty characters with the mental fortitude to stave off this attack completely... 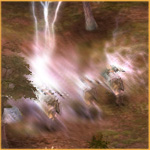 Besides this set of powers, Saruman also casts lightning bolts when upgraded, which provide a slow but rather powerful attack. 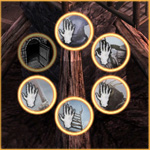 When you purchase Saruman of Many Colours from the spellbook, you also gain a new structure. Your Citadels construct a scaffhold around them upon which Saruman can perch and give orders to his minions. From the building, you can purchase Focus upgrades. Only one can be active at a time, but you may choose from modes that benefit Uruks, Archers, Warg Riders, Siege Weapons or resource collection.

, Ugluk looks brilliant and Saruman up in that scaffolding looks Top notch

All this work to make every faction unique is really paying off. Good work

Love what you did with saruman.

and is that a new map I see?

That's sexy. Question: does Ugluk's medicine apply to himself and Lurtz? What about friendly orc or warg units?

Poor Merry with all those arrows, or is it crossbow bolts?

Here's a fixed link for anyone who's wondering about that broken screenshot:

and is that a new map I see?

There will be plenty of new maps in the next release, more than just those from the few mapping updates we've had

Question: does Ugluk's medicine apply to himself and Lurtz? What about friendly orc or warg units?

To Ugluk and Lurtz yes, but not to wargs or friendly orcs.

Oh thanks about that I forgot to mention it was knackered

(well that I know of anyway)

Orc Draught power heals nearby Uruk-hai (as they are the only ones who will drink it!).

Thanks for the fix Rad

Certain heroes able to resist his will, ah i get it like Gandalf, Aragorn, Legolas, Gimli, Haldir, Theoden, the Nazgul, and Faramir also the uruks aren't the only ones who drink the drought Merry and Pippin drank it in the books

Yeah, they totally would have had several flasks, they loved it so much

This is the last update for isengard isn't it?

The Focus Upgrades you spoke of other than the spell book upgrade what else is necessary to use those? Must Saruman be in the scaffold to activate the upgrades? Does the upgrade cancel if you move Saruman off the scaffold?