Figured this was a topic of interest. I've not read much about it, but if Wikipedia threatens to block its content to make a point, it has to be relevant.

Wikipedia co-founder Jimmy Wales has proposed a Wikipedia blackout to protest an anti-piracy bill in the US.On his personal space on the user-edited encyclopedia, Wales has raised the possibility of shutting down the English-speaking sections of Wikipedia, to try to prevent the Stop Online Piracy Act (SOPA) from becoming US law.

SOPA is a bill that would allow rights holders to seek court orders against websites they accuse of copyright infringement, potentially having sites barred from search engines or forcing ISPs to block them.

The bill is predictably unpopular in online communities, who feel it would negatively impact the Internet as a whole, or introduce unhelpful levels of censorship. Google is one notable opponent of SOPA -- Yahoo, Facebook, eBay and Twitter are others.

Wales reckons powering down Wikipedia could put the willies up proponents of the bill, saying, "A global strike of at least the English Wikipedia would put the maximum pressure on the US government." He's asked fellow Wikipedia users whether there is interest in the idea.


also, this site with some comics. 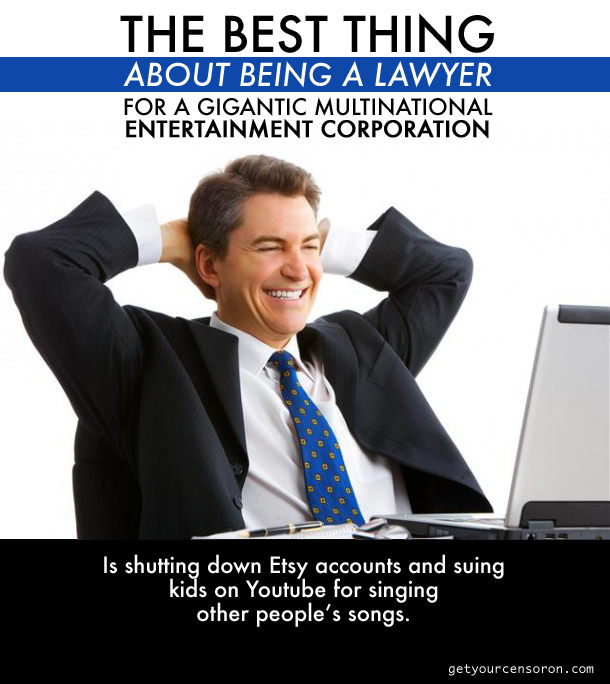 Seems like a good enough cause so i'll do my part in spreading the news. What is your opinion on the topic?

There's an online petition being held by Avaaz.
There's also a fair amount of talk about among Youtubers as well.


Megaupload even has a song about it.

There was supposed to be a vote yesterday, but because of the overwhelming response and concerns from those in the House, the vote on this has been delayed for weeks or longer. More time for us to arm ourselves against it and squash it before it even has a chance of becoming law.

Here's a video a found, it's a good watch.

I found this to be a fairly accurate account of the situation and those supporting it:

Yeah, it pretty much is one group trying to force a law that will give ISPs and consumers a bigger bill for their convenience. Its like forcing the ladder-company to pay hospital-bills for all ladder-related injuries.

Not to mention the industry has very little influence and doesn't even bring in that much money to the US.

Probably a bunch of Mormons. But I'm curious to see who does support them. We have a long list of groups who don't, but what about the ones who do?

I believe the RIAA is one of the supporters, no surprise their(sp?).

Huhuh... nope. It wouldn't surprise me if they alone funded SOPA. RIAA would be one of the few groups on YouTube allowed to post music if SOPA got its way.

The RIAA and MPAA are the biggest supporters of this bill. However, as said before, it's been delayed for a good while now so we have time to steel ourselves for the second round. Very high chance of this being stopped since more Reps were on the fence and actually SIDED WITH THE PEOPLE this time. Probably cause we bombarded them with emails, calls and protests.

So Revora does not seem to support Sopa... that should be big news.