Well, one month has passed and this is kind of the end of my holiday duration. So, here is the deal, first of all, I decided that there won't be a public beta but it's to be released once it's done. Now, things change; I've decided to release a public beta. Good news enough? 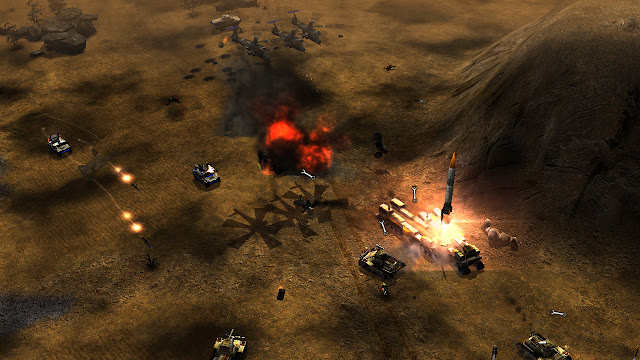 Why exactly? Because I have no idea when I'm going to have the time to touch this project again, with the incoming university stuff, other projects stuff and perhaps "national service, perhaps. I'll cut the talk here.

Here's a quick detail of the beta:

1. Now we've got a working mod launcher, fully compatible with other mods. This is still a beta built version so there might be some bugs or glitches. Take a quick preview at our latest built. 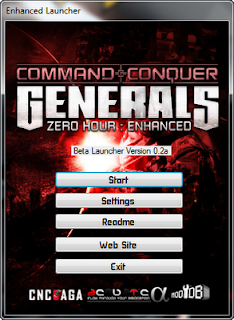 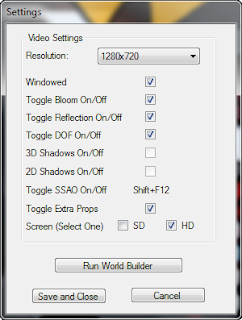 As you can see, you can set your screen resolution here as well as full screen or windowed mode. Also, bloom, reflection, depth of field, props and screen definition options are now available. The mod's world builder is yet also available for usage for a mapper or a modder.

2. Sum of the mainly old updates such as:
-3D visual light rays with animation in game as if it's from C&C3.
http://www.youtube.com/watch?v=6udv1ZN07WY&feature=plcp

-Dynamic locomotion surface effects depending on what type of terrain your units are which includes water, dirt, snow for example.
http://www.youtube.com/watch?v=FFWGkM7S6Bs&feature=plcp

-Visual sandstorm and fog are now a issue in your battles while it's snowing, storming or when you're high on a mountain.
http://www.youtube.com/watch?v=Vey9Z2n3E6M&feature=plcp

-Projectile bullet system is now implemented, depending on the weapon, each has its own accuracy and speed.
http://www.youtube.com/watch?v=gMyEKuyQIEY&feature=plcp

-Lastly, the new flame thrower and incendiary weapon system, now they will leave a fire field to burn your opposing targets to the death.
http://www.youtube.com/watch?v=01ZOBLh3v6Y&feature=plcp

There is also the crush-able hulks system but I haven't make any out of it. So yes, see it for yourself in game. Variety Avengers? Well, not so vary if you ask me. Now, there are only the rocket one and the laser one availble.

Variety Dragon Tanks? Now, there are Jiaolong Dragon as the picture above for Tank General, Raging Dragon for Infantry General and the normal one for vanilla China and Boss General. Nuke General? Forgot him, I do not, his is special because he don't use Dragon Tank anymore since he has his new toy, the Devastator. Variety Overlords? Now, there are Nuke version of the Overlord, the good old emperor and the normal one available.

Variety Gattlings? Oh, each sub faction has its own style except Nuke General, for now. You mean the gattling canon or the gattling tank? I mean both.

What about GLA? They don't have many new units but they do have the Katyusha and the Elite Quad which are both for Prince Kassad. The new units will be featured in a later version. You may ask, what about the other units you promised? The answer is that they'll be featured in the patch of this beta. Why? Because I ran out of time. The details of the "new" units will be revealed soon after I got the time to work on them.

4. A new feature just have been implemented, weapon against garrison which cause damage to who ever nears the building. This applied to vanilla Toxin and Flame weapons, see the screenies. 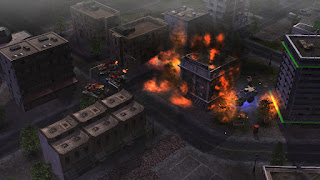 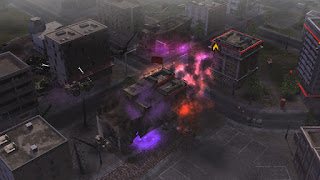 5. What else you should know about this beta? There are so many that I'm starting to lack the strength to write any further. Mi(a)nor bugs which haven't been solved yet such? AI stupidity, enemy infantry running towards a hulk and enter it, lag-ness, etc. 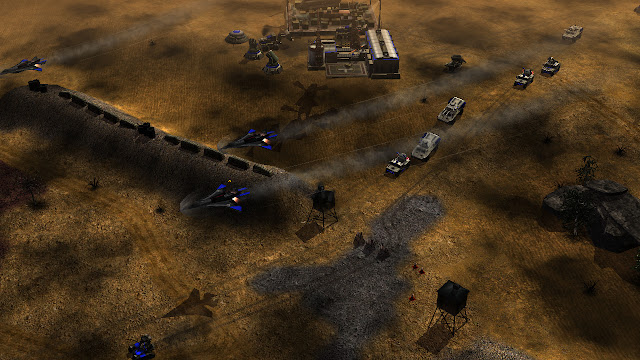 Also, the voices, sounds, cameos and descriptions are quite done yet. Even so, there will be errors and mismatch and stuff going on such units using the same voice, crappy cameos and a funny description and so on. 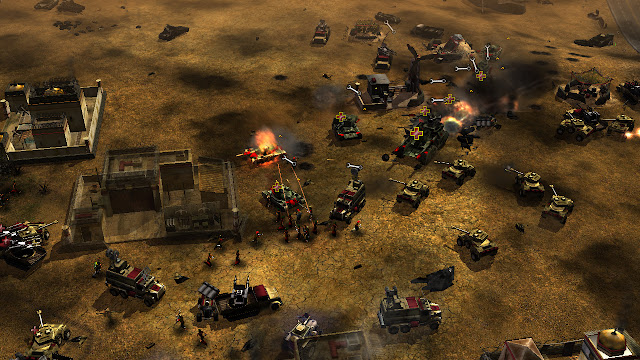 Nope, not going to write anymore. The day of release should be within a day or two or this week or two more weeks. If there is no emergency issues, you'll get the beta in no time.

If you need more details or have any questions, either ask me or wait for the readme, packing with the beta.

Also tagged with one or more of these keywords: zero hour, c&c generals, enhanced