101 replies to this topic

Hey everyone I think it's time i reveal my mod in progress :

The Battle for Middle Earth 2 : The Horse Lords Mod

- The Horse Lords is a mod for the Battle For Middle Earth 2 so far roughly 40% complete
- This Mod Will obviously bring back the the Rohan Faction into game with new units and structures as well as a unique spellbook for Rohan
- Pictures of the mod so far can be found here https://picasaweb.go...LordSExpansion#
- A quick list of changes in armor can be seen here [attachment=31284:ReadmeforHorselord1(Armor).txt]
- The Heroes of Middle Earth are Stronger than they were before for more reliable Heroes
- New units will be included for each faction as well as new skins (well for the ones that sucked )
- So far I have no team If anyone is interested in helping please pm me as i could use assistance
- A Brand new Campaign for good i already have ideas for the first 4 levels Read Me : [attachment=31285:The Horse Lord Campaign Plan.txt]
- New tactics in place : e.g. Uruk-hai have become more resistant to infantry attacks and would require assistance from calvary or archers to be successful
- A BETA Release will be done after i can say the Rohan Faction is around 70% complete with an AI for it
- Made an Intro for the mod if you want to check it out :
( if you like my editing and want an intro for your mod PM me and I'll see what i can do )

The trailer has no in game anything it's just clips from the in game cinematics and an odd song choice.

We'll need to see more work done before you get hosted.

but like Rad said. Keep at it and give us some footage of the ACTUAL stuff in game.

Thanks Lauri for the skipping times. ;p

That is actually an interesting effect. ; )

So you guys i have 2 questions :
1.) What units did you most hate in BFME 2 and why as I could try and improve on some of them ? ( can be texture related)
2.) Should i keep the new fire flares and the new Isengard armor changes (NOTE: the price has increased for the Uruk-hai )

You're making the apperance of not having a real, solid plan at the base.

We'll besides having a completed Rohan Faction and Campaign in the mod i thought why not ask to see what people didn't like so i could try and improve on what people really want to see in a BFME 2 mod I've already started to re texture Gondor's and Mordor's skins and I've got a an idea for a new way to play with and against Rohan, Gondor, and Mordor. I have decided the Goblins and Dwarves way of play was ideal and the Elves I am still drafting Ideas on

Hey guys i just thought i'd show you my rohirrim skin in progress : https://picasaweb.go...LordSExpansion#

@ Lauri sorry bout that i didn't think they would be so small i updated them in my web album though i put a link. Right now they're pretty much generic until i learn to do their armor properly 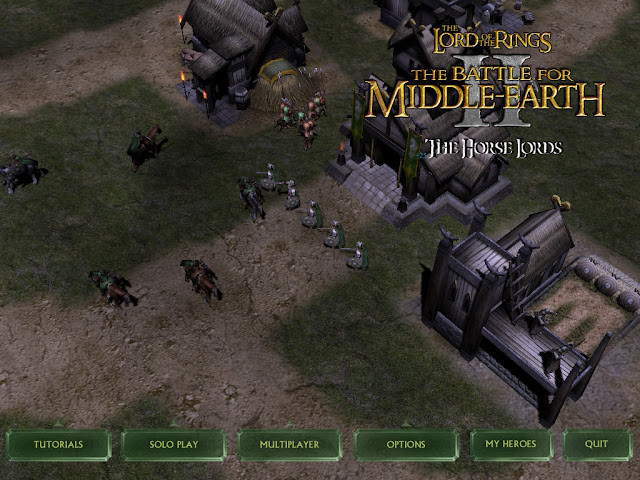 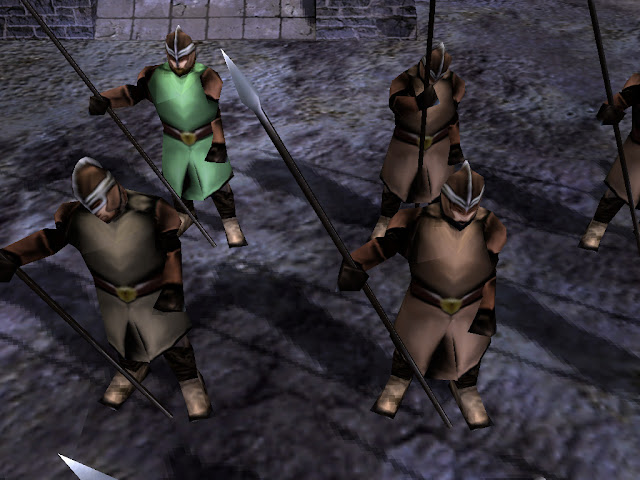 3.) You can find more pictures of them here : https://picasaweb.go...LordSExpansion#

The shellmap is nice, but you should try tilting it a bit, so it's not as steep.

Maybe try throwing some shrubs or something on the shellmap? It's good, but it is looking a bit bland at the moment...

Make the green way darker on the skins. haha

If you're going to go through the trouble of making a new shellmap I'd advise you to make it as pretty as possible. Play with object placement and the camera tools in Worldbuilder to create a unique perspective shot (study images from the films like the opening shot of Meduseld, for example, to serve as inspiration) that'll really set the tone for your mod. You could also create paths for units to follow to further animate the shellmap, making it seem more organic and living - things like a unit of cavalry riding through a town, archers marching to a tower, that sort of things. You're on the right track, you just need to devote more thinking-time and polishing to what you're putting out before you show it to us.

Also, I'd advise you to seriously rethink your music selections. There's lots of great instrumental "background" stuff out there that can be used for free if you know where to look (just practice your Google-fu and you'll be fine), and also plenty of aspiring musicians looking to break out by helping a small project just like this free of charge; many people are just happy to get their name out in the world. If you can befriend someone like that, or already know some musicians personally, it would greatly help your project. The music in your trailer is not jiving thematically with what you'll want your mod to have, trust me.

Edit: Alternatively, you could just use the Rohan music that's already in the game files

Hmm.. Well I've just added some shrubbery and a slightly better view to the camera (note i'm trying to get the Rohirrim to walk instead of run just to bring out something new) 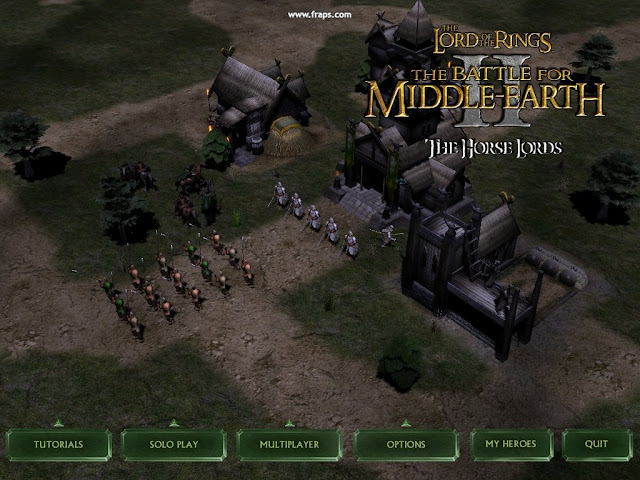 and @ mike there are units running (and walking) about the base and I am still learning to use Worldbuilder and map.ini but i'll learn how to use the camera properly sooner or later

Back to Obsolete Topics

Also tagged with one or more of these keywords: the, horse, lords, hosting, request