59 replies to this topic

Anyone else think it'd be nice to get this model ingame ?

Obviously it's loadout needs some tinkering from the wookiepedia article as It had turbolasers in the XWvsTIE series as well as in some of the books, but it'd make a great early tech cruiser, especially for the rebels, as another no-research older ship for both sides with a few upgrades, whose hull never gets that much stronger.

I'm just going to say that yes, this ship will be in the next version. It's another one of those things we'll properly announce at some point.

Will it be the neutron star class, or the XWA model ? 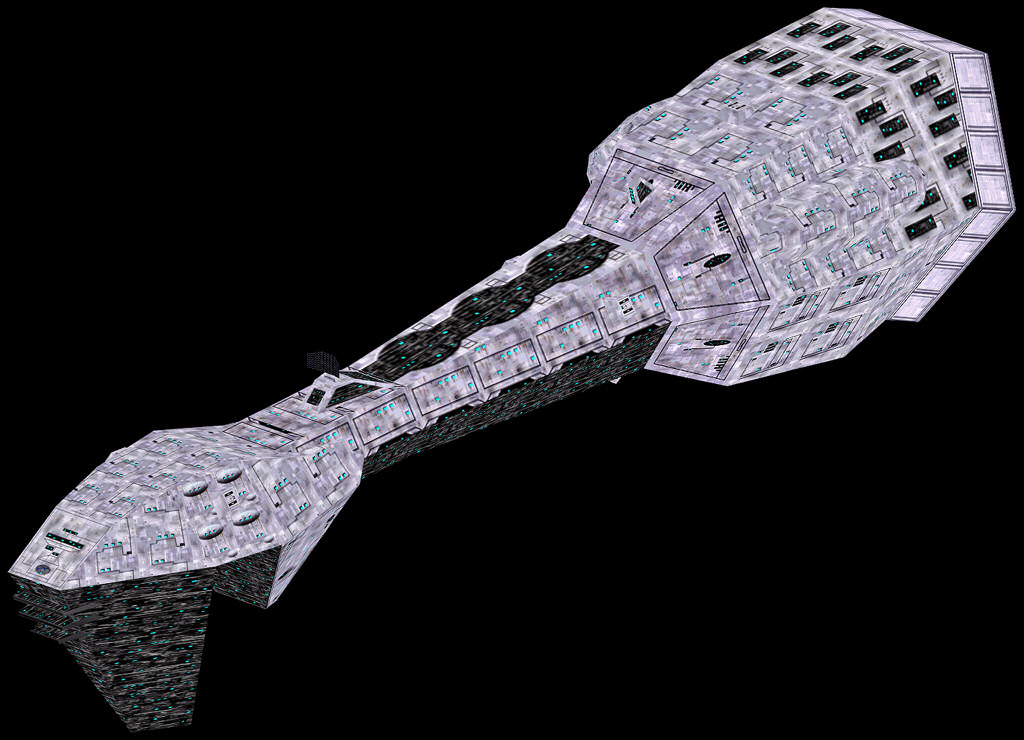 It's actually a model I made myself, based on the SW: Rebellion render.

Personally I'd be happy with stock XWA models, but if we can get newer ones, all the better.

Any plan to revise the guns on the Imperial interdictor cruiser ?
It's been specefically stated as having turbos AND ions in some of the books, and frankly the current loadout makes little sense, it's basically a heavier version of the lancer, with its double lasers and quads.


edit: to be clear, yes there's also the interdictor class star destroyer, which predates the 418, but not always clear which is which in usage.

<DevXen> Today I was at the store and saw a Darth Vader action figure that said "Choking Hazard." It was great.

I know Kitkun, I was reading that as I wrote this.

However there has been MUCH confusion between the 418 and the Inderdictor class Star Destroyer.

Personally, I say upgrade it to turbos and a couple of turboions (in addition to the double lasers) and balance it to be an ultralight cruiser in combat.

That's the Dominator I in PR, it's been around since the start.

Ah ok then, this time it was me that was confused by the haphazard way the EU got treated by lucas and company

edit: and as Im sure lots of you have noticed, I'm very slightly OCD when it comes to trying to reconcile all of those issues

ALL HUMANS ARE VERMIN IN THE EYES OF MORBO!

I'm fine with either ship. It seems like a good ship. If anything, I like how different the neutron looks, with all the bow protrusions. It's different from a lot of what we've seen so far.

If nothing else, it would make an exellent suppliment to the quasar fire class bulk cruisers that have varriants ranging from carrier to missile boat on neutral worlds currently.

Plus if it didn't require research, it could be an intresting early game suppliment to both fleets in several varriants, seperate ones per side.

is it a full unit or starting forces/ indigenous only?

Full unit for the Rebels.

Hmm interesting. I'm anxious to see how it performs. I never used them in Rebellion since they were overall ineffective, but I can't wait to see what PR's creative mind comes with.

In playtesting they hold up reasonably well against other frigates and corvettes, and rip fighters apart. The later upgrades turn them into makeshift carriers with some turbolaser armament.

Personally I say remove most of the quads and replace with a few more turbos, otherwise they'll just become the rebel lancer class.

The turbolasers are an addition. The quad lasers are too front-facing to make it as versatile as the Lancer-class. Plus it's rather slow and clunky.

So it's a slow/clunky lancer, not as vulnerable to bombers, that you have to point at a fighter cloud.......

I still don't see the problem in my statement, as you can order cap ships to point in a specific direction.

Ahb that sounds interesting. At late levels I can see it as a good ambusher, pull it out of hyperspace on fighter clouds or smaller targets. Sounds like a good early "knife fighter" enough quads are nasty to anything up close.

Just sounds weird to me, it's an on the cheap capitol ship that is now going to be equipped to be one of the best anti-snubcraft ships in the game.


Personally, I'd say outfit it about like the modular taskforce cruiser (sans magpulse), give it a number of basic single turbolasers, with a secondary battery of laser turrets for defense.

That way it's a decent cheap outdated capital ship, but is not over powered.

Back to Community Suggestions