Part four of the Japanese units shows their heavy tanks. All of them are shrouded in mystery and rumor as very little documentation has survived to this day, most being destroyed at the end of the war to keep it out of the hands of the Americans. 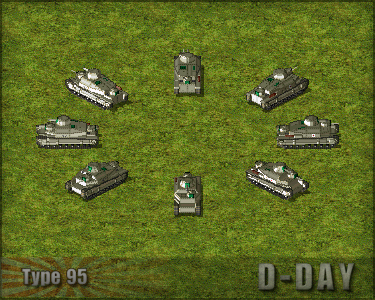 The Type 95 was the final evolution of Japan's pre-war multi-turreted heavy tank designs, which begin with Japan's first indigenous tank the Experimental Tank No.1. From the Tank No.1 to the Type 91 and then to the Type 95 efforts were made to improve the design with multiple engine and track configurations. In the end the Type 95 was deemed to slow and cumbersome and only a single prototype was built. 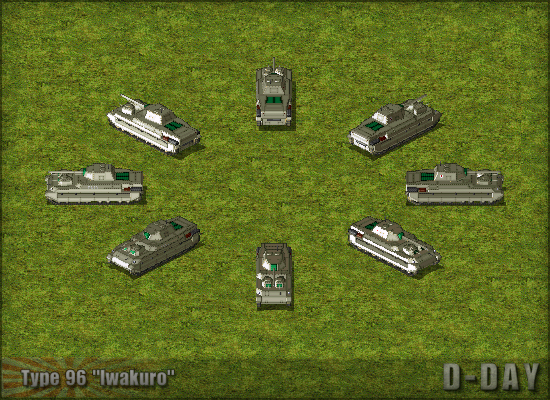 Confusingly know as the 100 ton tank, the Type 96 and also as the O-I, this heavy tank project was started by Colonel Hideo Iwakuro of the Department of War so it is often named after him. Iwakuro started the project in response to the defeat of Japanese forces to the Soviets on the Manchurian border in 1939, stating "I want a huge tank built which can be used as a mobile pillbox in the wide open plains of Manchuria". Information on its development is limited and is often confused or interchangeable with another Japanese "100 ton tank" project. 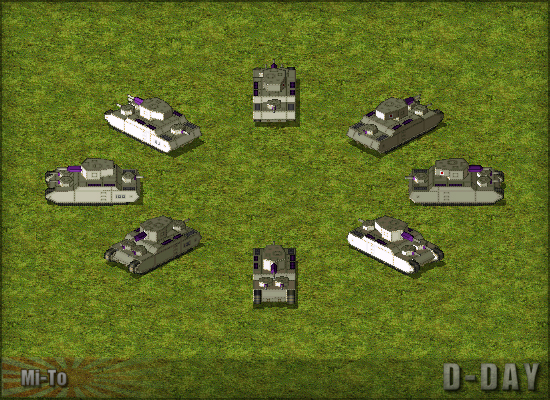 Mainly know as the "100 Ton Tank" the only surviving documents of this project are on display at the Wakajishi shrine museum along with a single track link. The name Mi-To comes from post-war interviews with engineers working on the project who nicknamed it the Mitsubishi-Tokyo or Mi-To tank for short, they also state that a prototype was built but failed miserably and was later scrapped, the piece of track at Wakajishi shrine being the only thing left. 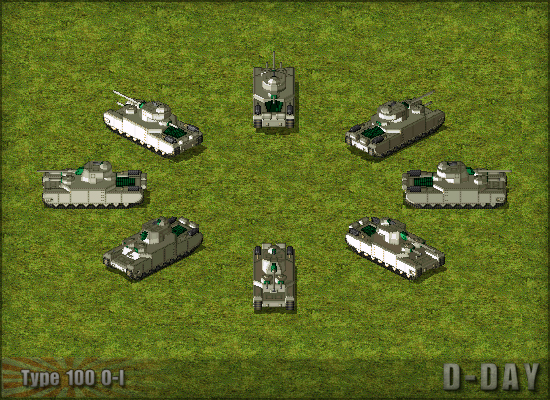 The O-I is the most well known of Japan's multi-turreted heavy tank design of world war 2. There is however very little information available and the few sources often contradict each other, leading to speculation of multiple versions of this tank being designed over its development. It is reported that the O-I reached a wooden mockup stage near the end of the war but there are also rumors that one prototype was finished and tested in Manchuria but no evidence to support this has been found. 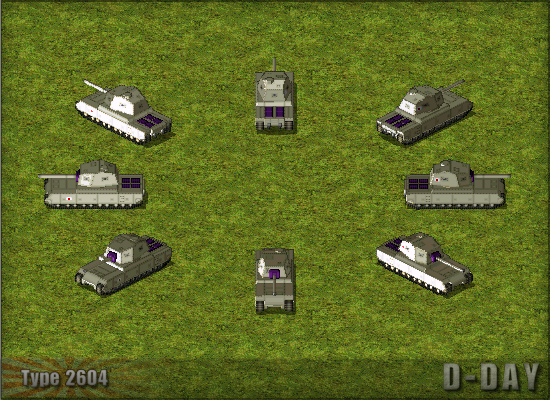 Documents about the Type 2604 were only recently discovered in a Russian archive about foreign tank designs. The Russian report mainly focused on the engine and its cooling system with little to no information about the other parts on the tank. However it did also include some diagrams which show off this massive vehicle and its turret which has a resemblance to a turret that was used as a fortification on the Japanese-Soviet border. This has lead to much speculations about the turret's origins and if it could have been left over from an unfinished Type 2604 prototype.

Great job for VXL, however for gameplay and history wise, I serious doubt heavy tanks would fit Jap faction. Because if you make their stats according to history, as you did for all other sides, Jap tanks suck as hell. A typical mid-war Jap medium tank, Chi-Ha II or Chi-He, is at best as powerful as an pre-war to early-war european light tank, but as mobile as a KingTiger...

Even so, I agree that an medium-light armoured force is necessary for gameplay, and some of them can have a Mirage Tank tag, as they did disguised into trees on Pacific Islands in real histroy.

But for Heavys or Super Heavys, no, there is no way for they to be effective and also close to history. I'd rather to have Suicide Bombers, booby traps, those poor guys who hide underground holding a heavy shell waiting for US tanks to rollover their head...... and whatever more "GLA like", to counter enemy heavys.

Also tagged with one or more of these keywords: japan, d-day, heavy tanks