This is part nine of the Japanese units showing their ground attack and bomber aircraft. 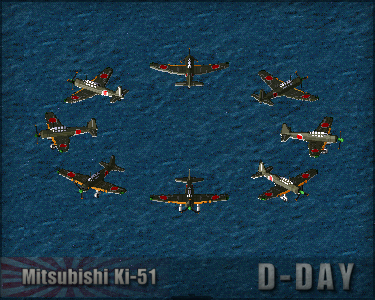 In 1937 the Japanese Army issued a request for a new ground attack aircraft that could perform dive and level bombing, light transport and reconnaissance missions. To meet this long list of requirements Mitsubishi further developed their Ki-30 light bomber, designing a lighter more compact and maneuverable version. In 1939 two prototypes were completed, one designed to perform bombing missions and the other fitted with reconnaissance cameras. Testing showed that the bomber version could easily be modified to also carry the reconnaissance equipment and the two designs were merged and put into production. The Ki-51 proved successful during fighting in China,were it showed its strength from being able to operate from rough temporary jungle airfields that other aircraft were to fragile to use. However when it faced the Americans over the Pacific its slow speed left it extremely vulnerable and it had to rely on its maneuverability during combat.

The Ki-51 is available in the Pre/Early-War time frame. 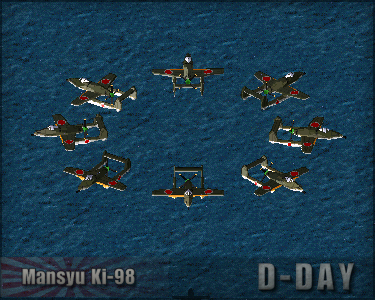 In 1942 the Japanese Army requested a new ground attack plane to replace the Ki-51, Mansy&#363; submitted their Ki-98 design which used an unconventional twin boom and pusher propeller configuration. Work on the prototype started in 1943 but material shortages and bombing raids meant that work progressed slowly. In 1944 the Japanese Army then asked Mansy&#363; to modify the design into a high altitude fighter, this required fitting a different engine and delayed things even further. By mid 1945 the prototype was nearing completion but soon after the Soviet Union invaded Manchuria were the Mansy&#363; factory was located. To stop the plane from falling into enemy hands the prototype and nearly all documents were then destroyed.

The Ki-98 is available in the Post-War time frame. 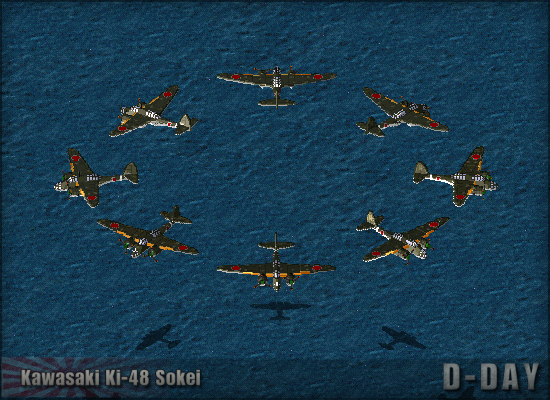 The Ki-48 Sokei was the result of a 1937 Japanese Army requirement for a new fast light bomber. The prototype was ready in July 1939 and demonstrated great maneuverability being able to perform loops and rolls like a fighter plane. It was soon put into production and was first used in China were its speed and maneuverability made it all but immune to the Chinese fighters of the time. By 1942 it was having to deal with newer Allied fighters and could no longer simply outrun the enemy, even so it continued to be used right up until the end of the war.

The Ki-48 Sokei is available in the Pre/Early-War time frame. 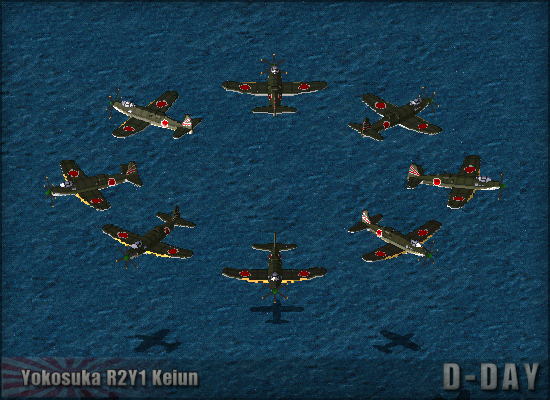 The R2Y1 Keiun was an experimental high speed reconnaissance aircraft using two Aichi Atsuta engines coupled together and driving a single propeller. The prototype first flew on the 8th of May 1945, it took a short flight around the airfield and then landed during which the plane suffered from extreme vibration problems. A few days later the prototype was destroyed by an American air raid, the war then ended before any further work could be carried out.

The R2Y1 Keiun is available in the Total-War time frame. 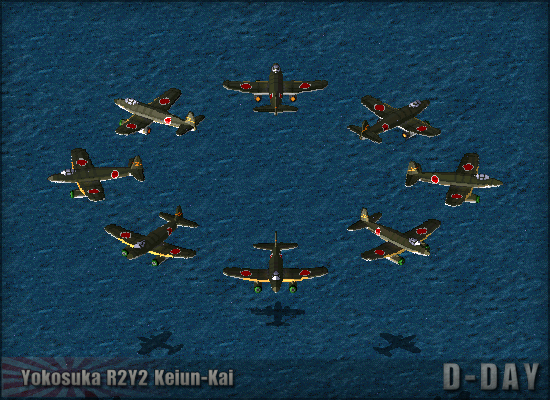 The R2Y2 Keiun-Kai was a proposed upgrade of the R2Y1 Keiun replacing its piston engines with two Ne-330 turbo jets and equipping it with fuselage bomb racks. Little documentation has survived and there are several speculative engine configurations; a nose air intake with the engines in the aft fuselage, the engines placed within the wing roots or the most common layout seen here with the engines placed in pods under the wings.

The R2Y2 Keiun-Kai is available in the Post-War time frame.

The Mitsubishi G4M was the result of an Japanese Navy specification for a long range bomber that would have a range of over 4,800km. Originally Mitsubishi wanted to design a large four engined aircraft to fulfill this role, but the navy insisted on a smaller two engined plane. To achieve the required long range with only two engines the design had to be extremely light and use large fuel tanks, this meant that the G4M was unarmoured, was equipped with a limited defensive armament and had very vulnerable fuel tanks. Much to the enjoyment of Allied fighter pilots that nicknamed it the "the one-shot lighter". However the aircraft's long range was extremely useful in the vast Pacific ocean where the G4M performed many successful long range bombing missions during the early stages of the war. Later in the war they were one of the few aircraft that were able to counterattack the American bases from which the B-29 Superfortress were operating.

The G4M is available in the Late-War time frame. 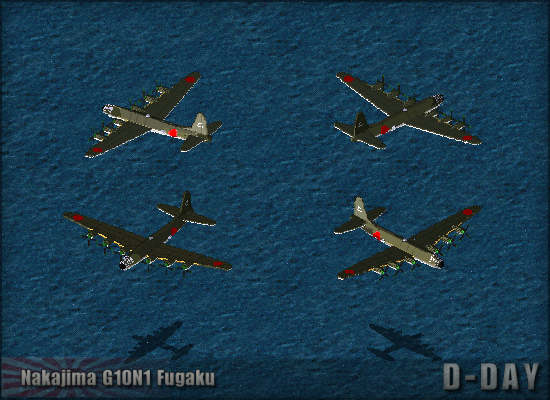 The Nakajima G10N Fugaku was designed to fulfill a 1942 joint Japanese Army and Navy requirement for an intercontinental bomber capable of attacking targets within the continental United States from bases on the Japanese home islands. This ambitious task required a completely new aircraft of huge proportions equipped with six experimental Ha-50 5,000 horse power engines. Work progressed very slowly and several versions were designed but in 1944 as the war situation worsened and all work on the G10N Fugaku was stopped and the resources reallocated to fighter plane projects. In 1979 one of the Ha-50 engines was discovered during the expansion of Haneda Airport and is now on display at the Museum of Aeronautical Sciences.

The G10N1 Fugaku is available in the Post-War time frame. 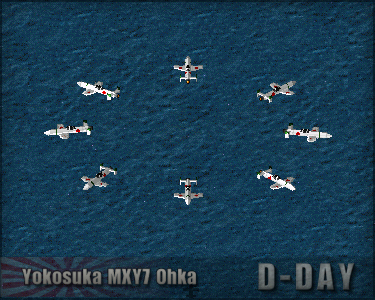 The MXY-7 Ohka was a small rocket powered plane made specifically for kamikaze missions. The Ohka had a very short range and required a Mitsubishi G4M carrier aircraft to transport them to their target, after launch the Ohka was able to reach speeds up to 1,000 km/h making it nearly impossible to intercept. The first missions were carried out in April 1945 during the battle of Okinawa sinking a destroyer and several transports. After this battle the Americans deployed larger aerial defense screens that intercepted the G4M carrier aircraft before they could launch the Ohka. Over 800 MXY-7 Ohka were built by the end of the war, most of them were placed along the Japanese coastline in anticipation of the Allied invasion, where the short range wasn't a problem and they could be launched from rails on the ground.

The MXY7 Ohka is available in the Late-War time frame.

Sadly this is the last of the Japanese news posts, their naval units are still under construction but they will hopefully be launched to sea soon.

There seems to be some normal problem at Fugaku's  left cockpit side?

I can't wait for that

The Fugaku is a very old vxl, nearly 10 years old in fact! It's full of errors so I'll be replacing it in the future with a newer much improved version.

The G4M is used as the Late-war transport plane & not as a bomber. The Japanese will use medium Army aircraft instead of the heavy Navy planes;

Also tagged with one or more of these keywords: japan, d-day, ground attack, bomber