Harad is one of the two new factions decided for SEE-dc. (There might be a final addition in a split for elves, but that is still higly unlikely and for another topic). As such, and since I am personally pretty interested in trying to interpret and visualize how the lands of Haradwaith would look, I am very keen on starting work on this faction. Same goes for Rhûn, but we have both concept and assets as good as finished there, so this faction requires more thought before coming to life in SEE.

Now, most maps of Middle Earth, don't portray the Haradwaith region, and beyond that is almost never ever shown. I'm not sure if this is due to lack of descriptions from Tolkien, but the following map seems to be somewhat accepted as an official visualization of Arda. In this, as well as most smaller maps, it seems to be fairly certain to assume that the city of Umbar - once built by the Númenórians - would be the largest city in all of Haradwaith. Second is most likely the city of Karna... 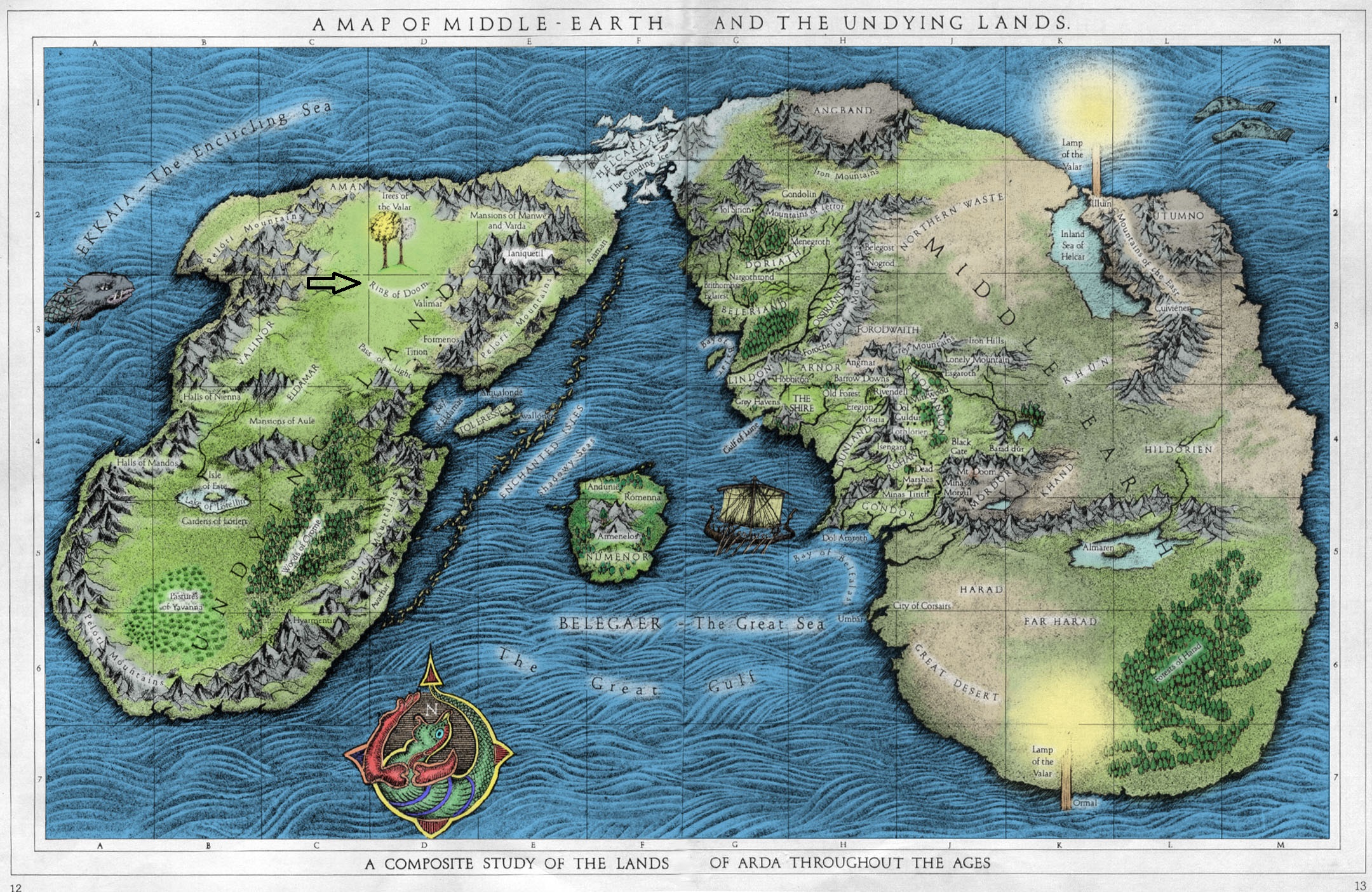 The people of Haradwaith, the Haradrim, is often described as a nomadic tribe. Something that was picked up and endorsed by Games Workshop. GW is, second only to the movies, the largest source of visual concept and inspiration for SEE, so I defenitely see the haradrim as a nomadic tribe like culture indeed and as such I really do find the EA tent design to be very fitting for them. However, Harad is a vast region, and they do have a few cities. So how does one visualize them? How would the haradrim live, when they're not moving around and relocating across Harad? I found an online artist under the nick DireImpulse, residing in the UK. Her name is Angelique and she made some fantastic art work that I find to be exactly how I invision these cities, or mainly the city of Umbar...

All of these images are ©2014 DireImpulse So, considering that Umbar and the Corsairs of Umbar seems to be allied with Harad and under Haradrim control, I think we have an option to let this concept influence the arcitecture of the Harad faction in this mod. We have all the basic structures ready, such as barracks, archery range, etc... but we could really use a more sturdy fortress than that of a giant tent. If nothing else, then for balance reasons. Harad will be a fast faction, sort of like the orcs and goblins of Misty Mountains, and even though most structures will be voulnerable tents, I do think we have an option to make the fortress keep out of sand stone, like IRL desert cities of ancient arabic nations in the Middle East. While Rhûn have an asian theme in arcitecture, I think the arabic theme is most fitting for Harad. The final picture could perhaps be lesser cities like Karna, etc?

I like your thoughts Naz, I agree with most everything you have suggested. I could see the sandstone structures being those of the defensive kind, IE fortress, towers and possibly walls if the faction will have em.

As for Umbar, Thats what I envision as well, though I see it as having numenorean architecure but crafted out of the sandstone of the region, additional tent and wood structures come from the influences from the cultures that later occupied the city.

Look what I found... Would be great for city maps of the region. Not vastelands, where the tents are perfect, but for the few cities there were like Umbar, Karna and such places...  It's a low poly game ready collection for about 100 bucks, but I'm willing to pay that if you mappers are willing to work with them ^^

Ahhhhhhhh I don't think that'll be necessary. For Umbar I've been working on extensively reskinning various buildings we already have.

Save the money, it's not worth it.

But yeah, they do look nice.

Yeah save the money, they do look nice, but I think MTL will pull off some awesome retextures, and hopefully we can just make assets thatll add to the environment rather than need all new buildings.

Back to Harad faction