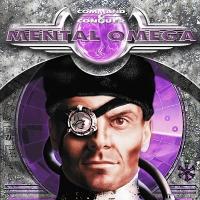 I do not reply to Private Messages.

These special insignia are indeed there to help you quickly distinguish certain unique units on the battlefield.

Your edit for Medic is good FELITH, I will apply it. I wish we could do completion trophies/stars for singleplayer missions, but right now it's impossible.

Co-Ops are Co-Ops, they're not intended to be played solo. Any additional changes we do to this particular set of 36 maps are to put even more emphasis on 2P gameplay, not less. Besides, due to the nature of the maps that are played in skirmish, and co-op maps still technically being skirmish maps, converting them to singleplayer would be a nightmare. There's a huge amount of workarounds and "hacks" to make their scripts work the way they do and then we'd have to keep track of double the amount of map files for further updates. We would basically have to create another set of 36 missions and treat them as separate entities for scripting, bugtracking and updating. I understand where your suggestion is coming from, but it's not going to happen.

You need to infiltrate both a lab and a Construction Yard now.

The idea for the unit was that it inverts the value of firepower using chrono technology. So the unit does just that, it's Red Alert. There are already other units that modify speed and armor stats.

That's all very great but in the next update you won't even be able to start a co-op mission solo. They're all being modified to put even more emphasis on "co-op gameplay" too.