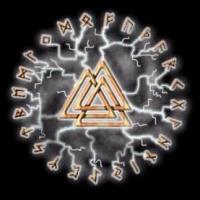 The streamer of Mental Omega, OpenRA and Rise of the Reds
My channel on Twitch
My facebook page
My profile on ModDb
My twitter

This upcoming friday, at 15:00 GMT My channel will be hosting the first livestream of a new mod for Yuri's Revenge: Red Alert: Colony Wars by Atomic Noodles, lead developper of the mod.

"They have long stayed dormant. The Giant Ants have returned and are now wreaking havoc against those who tried to elminate them. Will you help them achieve their revenge or will you be the one to stop them? Colony Wars is a partial Conversion Mod for Red Alert 2 : Yuri's Revenge. The Mod aims to add in the Giant Ants (The Colony) as a fully playable side,A New Set of Campaigns for each side as well as adding new toys for the original three sides. Allies,Soviets & Yuri. Awaken the Swarm!!!"

Countdown to the stream

Hope to see you all then!

Yunru, mainly because of fanboys

When mr Whitedragon25 publicly disrespected me here on the forums by saying I was the worst of the Mentalmeisters at the game, also bitching about how OP HQ was vs Russia.

Then me beating his ass (he was playing HQ) in 6 minutes as Russia with just T2. Then, reversing the roles with me playing as HQ, him playing as Russia and me STILL beating him, using only Epsilon generic units (no subfaction speciffic)

You really think that Soviets / Allies would have a non-robotic, non-hero infantry that is immune to MC, while Epsilon has the technology to manipulate minds to such a point that these infantry become MC immune? Where's the sense in that, at least in Act 1? I'm sure that Act 2 will focus more on YR, perhaps somewhat different and there the Allies get the Robot Tanks in the story, while Soviets already had the Terror Drones.

I doubt that neither Soviets or Allies will ever find a way to manipulate the human brain, without having captured 1 Adept or something, in such a way to make infantry MC immune. It just doesn;t make sense, since I'd expect Epsilon soldiers are smart enough not to be captured I know I remembered a topic already existing for this subject

What about if each subfaction has a unique Miner:

how about if sinuman ang pwedeng makaisip ng iba pang infantry that each subfaction has a 3 unique stolen infantry.

That sentence reminds me of this:


How much would it take to stop you?

Only my own death can stop me