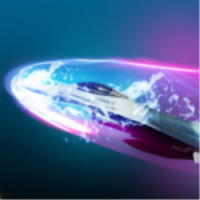 First of all, please make sure you can see full file extensions in your operating system.
Change the .ctr extension of the following extracted contra files to .big like so:
!Contra009Beta.big
!Contra009BetaEN.big
!Contra009BetaMNew.big
!Contra009BetaVLoc.big
...or whichever files suit you. If you'd like the russian language version get !Contra009BetaRU.ctr
Default zero hour music? Use !Contra009BetaMStandard.ctr instead of !Contra009BetaMNew.ctr, and so on...
(after renaming extension from .ctr to .big)
Navigate to game data directory in documents:
(WIN+R and type => %USERPROFILE%\Documents\Command and Conquer Zero Hour Data )
create a file called options.ini and populate it with the following:
Spoiler
set your resolution, tunngle IP, settings, volume and whatever else and save it.
if all else fails, try starting generals.exe as admin and/or with DPI scaling off in its properties.
Serious errors:
Spoiler
Serious errors tend to be caused by bad configuration.
ReleaseCrashInfo.txt in generals data dir will tell you more about the crash.
An example of a common error in that file is:
"Description: The thread tried to read from or write to a virtual address for which it does not have the appropriate access."
which suggests file permission issues. (Start as admin and try again)

Here you can attach multiplayer and perhaps any skirmish/strategy replays you think are interesting to watch.

The release of 008 final redefines the gameplay of many generals. The rather under-used Fuel Truck is now an important part of Flame's arsenal while the avenger delay (until rank 3) in Air Force forces a more creative use of his avation. Older guides written for 007 still remain partially relevant, however replays of course do not.

I think it's about time for a replay/strategy topic.

After all, replays are one of the best way to learn right?

I'll start off with my exhaustive pack of 50 replays which I've gathered since the start of this year.

Found within are a vast variety of games involving 2 up to 8 players (Yes, none of them are played with AI).

Here is a little preview, to show you what to expect:

Thanks to Persun AKA Sandro/Su for his walkthroughs (and good plays).

Some of my favourites include:

You may often find the longer/detailed games gave a bigger filesize.
Also, you may have noticed a naming pattern with some of the replays. Improvements are welcome.

Generals are named short after their worldbuilder counterparts. They suggests the developers may prefer "Chemical" to "Toxic" general.

This is simplified with my unreleased WIP powershell script.

This will append the modified date to the beginning the file.

To iterate through the .rep files in the current directory, call the above with:

However that goes waaaaay beyond the purpose of this topic.

The "Showcase" series such as:

focuses heavily on one general in each replay and either shows off their tech-tree,  how to use their units effectively in various situations and/or attempt to maximize the efficiency of that general. For example in the above game, AirF's planes were micromanaged well which allowed them to be very cost-efficient by constantly damaging tank's supply lines. Angled structure placement made it challenging for tank to avoid security systems.

Of course most (if not all) of these were played on standard maps, $10000 and tournament mode on.

Players picked their generals at random as if it's some sort of an unspoken rule.

Lastly, Here is a virus scan.Just in case.

I hope to meet you on the battlefield General