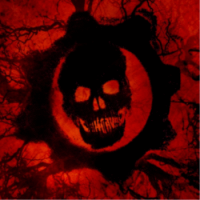 When I first played Dawn of War, I found it quite entertaining. After a while playing through Dawn of War, Winter Assault, Dark Crusade, and Soulstorm, I found something totally new and created by my cousin. Krronus created an "Apocalypse mod" for Soulstorm, and man was it awesome! I joined his Apocalypse mod Team back in July of 2010, and I became a co modder, yay me.

I added in the Warhound Titan myself into the mod, then some other stuff and then a month later, Apocalypse mod version "1.58" got released. It was grand and huge, but Krronus left. Seven days after he went to the military, I took over the mod, and released 1.6 to the public, and now I'm a "hero" and MY mod is apparently one of the most popular mods in Dawn of War history.

I dunno how I did it, it just happened, and I question why it is this amazing to everyone every day. But there we have it, Krronus's mod = epic.