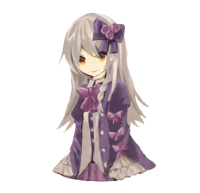 I don't want to start a quarrel although there can be much to say.

My main point is :

It's speed is good,but not excellent or IMBA, it doesn't counts so much to get 100 hit points cut or disability to crush,you're just kidding

faster than a Bulldog and as fast as Mantis. Excuse me? speed 7 has some difference?

and about damage against Structure

and in my test after seeing your post  :against Nuclear Recator(concrete) or against Soviet War Factory(wood)

Cyclops (no close)  performs rather bad against Borillo, its perfromance is worse than even Mantis
if get close Cyclops just does a liitle better than Borillo
but I have to say that Cavalier or Rhino(I just choose randomly) does almost as fast as Borillo too against concrete
(Rhino is a little slower,and Cavalier is a little faster if constant attack)
and they two does better than Borillo against  wood
And Cyclops's Firepower buff range is 3.5,Borillo range is 5, MBT's range is always above 3.5
I don't want to upload gifs to prove myself because Chinese's using Imgur is rather troublesome ,but everyone can do test himself

If a Chinese guy goes to this Revora forum,he understands English. And registering an account nowadays needs VPN,this could be some difficult. I quite don't understand why are you doing this

but the website says the duration is 40 seconds. What's the actual duration?

in fact，it last for 10 seconds in present version.   40 seconds is too long ,it's a mistake

sorry to say that I use time in real life ,not timer in game.this may cause some...mistake

can't wait to see it