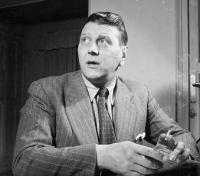 Can somebody explain to me how the webway system works exactly? What does it do? And how exactly does the Ion cannon upgrade work? Do I need a regular, unupgraded webway turret for it to function and target enemies, or can it fire at will, without needing any form of targeting?

Seems to work for me. AI still isn't as hard as in contra 007, but atleast they put up a challenge now. Now I don't have to spend one hour getting to rank 5.

I have several suggestions after playing the beta. I'm not doing any bug-reporting since the developers stated that they are aware of most of the current bugs.

1.- AF General: currently lacks strong anti-infantry cepabilities, apart from a combat chinook filled with rangers. The commanches are inadequite to deal with infantry fast enough, and none of the planes seem to handle infantry with apparant ease. Either give AF general the pathfinder back, or give him a rank 3 upgrade that switches the commanche's standard machine gun with a vulcan cannon/ minigun or anything of that calibre.

2. AF general: I still feel that AF general needs some sort of armored air unit, similar to the rank 5 air unit that the cyber general gets. The new stryker-line APC's are a welcome addition to USAF's arsenal, but he still cannot put pressure on an assault. The combat chinooks with infantry are too costly and fragile, the commanches die like flies to even rank 1 AA units, and aircraft are incapable of forcing an advance.

3.- SW general: Bring back a weakened form of the security systems. A machine gun or alaser that laser general used to have that can only target infantry. I feel that SW general has been severely nerfed in this new version.

4.- SW general: Weaken Saturn's long range laser, but buff it by allowing it to construct defenses 3 times as fast as a regular dozer and from a certain range (so it doesn't have to stand next to a building in order to start the process)

5. SW general: Implement a static building that can emit a defensive shield. It emits the shield longer and over a larger area than the mobile defense field generator, at the cost of mobility.

I have more suggestions in the near future.

My AI does not function correctly. Only demolition, USAF and tanks work correctly, coincidently the same generals that also only work with the latest version of remix. And even on insane they're not much of a challenge. Demo only build quads and mortar buggies, whereas tank general mindlessly builds command centers everywhere.

Putting a hacker into a troop carrier (the assault version or the one with the gatling cannon) will work miracles too. As you know, the hacker has the ability to disable tanks, and the range at which he can use this ability is quite long, beyond the range of most tank cannons, in fact. It'll certainly outrange everything that tank general has apart from those troop crawler sniper guns. Also, never engage the enemy directly when using troop crawlers. They're simply too costly and too fragile to use them in that manner. Instead, force the enemy to attack your troop crawlers, tactically retreat, watch the hackers disable enemy tanks from range, then move in to destroy the attackers. My typical infantry assault force consists of:

-One assault troop crawler with 2 gatling gunners and 6 TH

assign this group to a number, then press cntrl + f so they'll all move at the same speed. The ecm tank can deviate missles, while the troop crawlers can pretty much finish anything else. Deploying some howitzers to cover your crawler advance is a pretty good idea too. And don't forget that infantry general has the second best defenses in the game. Use bunkers - which can be built quickly - to create forward outposts and reinforcement points. Built a propaganda tower next to it so you can heal any damaged units. A howitzer or two will ensure that you can counter potential enemy artillery fire.

Inf. general really is one of the better generals in this mod. We don't need units that can magically destroy tanks with a shield, no matter how funny it is.