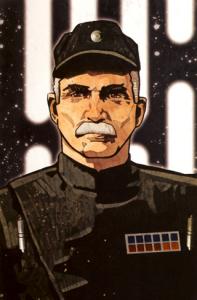 it might not be proper etiquette, but i have first to point out that i'm not only a paying customer, i also bought the game for friends as a gift via Steam, if i recall correctly i bought 5 copies each 25€ and intend to buy more as well recommend it to more friends. (My Steam ID is 'XXXXX' if it's of any use to you). Personally i think you are probably underestimating the market possibilities for this game, despite its age of 5 years.

The game itself is shortsaid a masterpiece, but it contains some bugs that need to get solved. There are some lag issues when the CPU opponent has to calculate its power and dispatchment of units, but that is a performance issue one can live with. The very serious one is: During a galactic conquest, once the total of units has reached a certain number, either the game crashes completely with a pointer exception, or from that point on i'm unable to select any unit at all during a battle; as well the battle intro animation does not appear anymore, the vessels jump out from hyperspace in the default view.

This bug is even more intense with some Mods (Phoenix Rising being my preferred Mod) that are made for EaW/FoC, and as the modders pointed out, there's no way they can fix that bug via mod, it needs Petroglyph as well LucasArts to get rid of it, thus the reason i am writing you.

In the Phoenix Rising Forums another user mentioned that he already contacted LucasArts; his original Ticket Number was #264338 and he said that your staff member "Leon P." was of great help to him.

Of course this game was made 2007 so it's hard to expect full compatibility with 64bit systems, but given you are selling it actively i presume you are bound to provide support of this kind.


Kind regards and thanks in advance
XXXXX