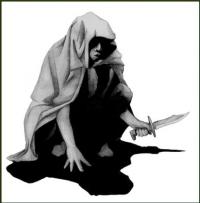 Cloak And Dagger hasn't added any friends yet.

Its great to hear that the mod is still being worked on. With the sheer amount of effort and thought that has gone into the mod, it would have been a real shame if it was abandoned. The "intellectual architecture" that the mod is built around, with every aspect, statistic and feature considered and deliberated, goes far beyond most commercially released games. EaW seems to still be very popular on Moddb, so I am sure there are loads of new fans out there, waiting for something they never knew they were missing. Keep up the great work.