Version 0.8 of The 4th Age is released, over a decade since the previous release. You can find the download link here.

Please enjoy, and if possible, please give feedback and suggestions, as it really helps out! Easiest to do on our Discord server, but you can also use these forums. 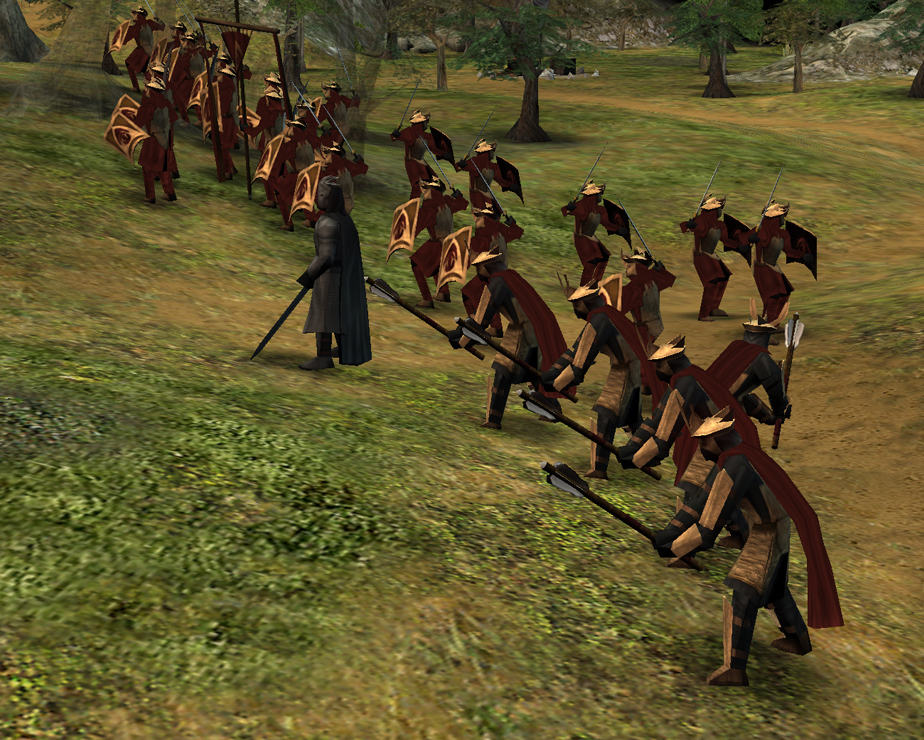 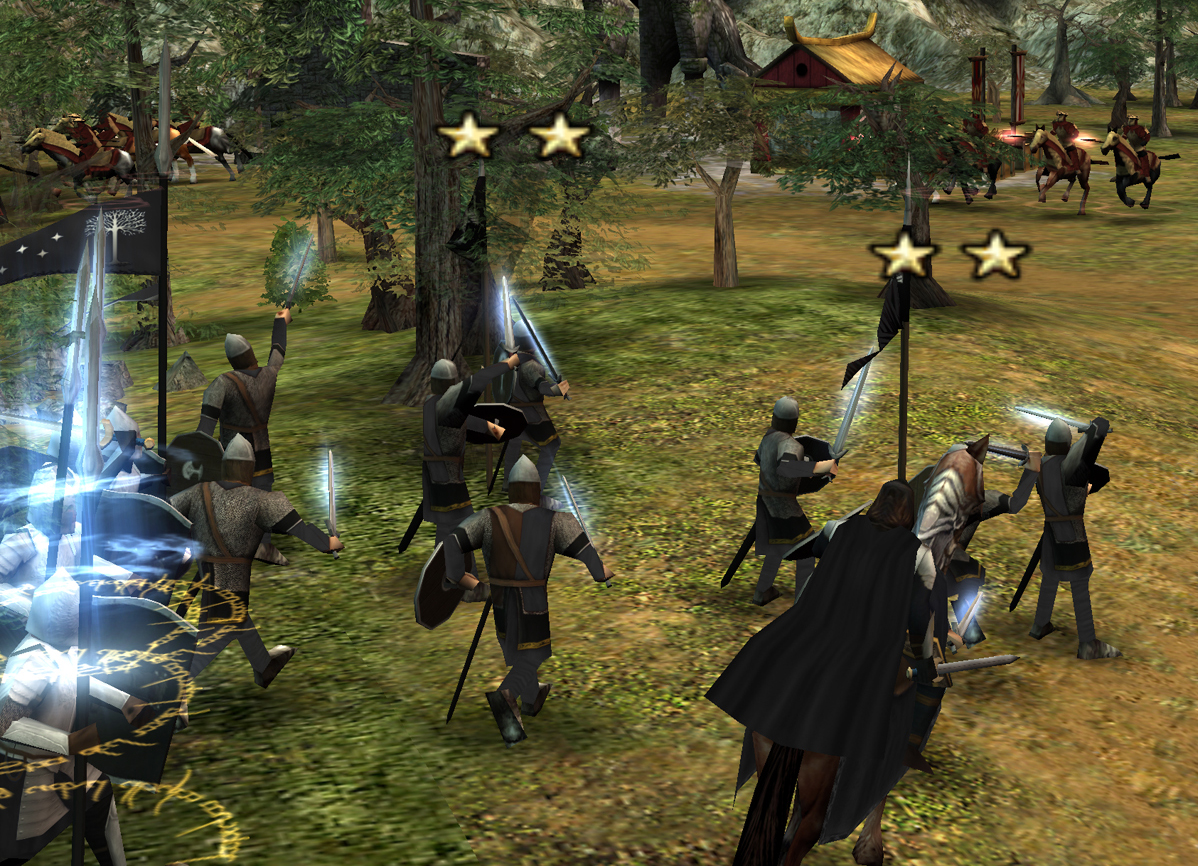 The Return of the King

After a short 8-11 year hiatus, and nearly 14 years since the latest release of The 4th Age, the Age of Men is approaching. If you're new to this mod, here's a short summary: Roughly 200 years has passed since the Fall of Sauron, and the Age of Men has come. The New Shadow looms, and peace between the Men of the West and the Men of the East and South has shattered once again. The strength of the East and South is massive, and both Gondor and Rohan are pushed back from their territory. You may play as Gondor, Rohan, Rhûn or Harad, with new heroes, units, abilities and spells. The mod retains the core gameplay of BFME1.

Here are a few pictures to enjoy, a mixture of both older and newer models. Read on after the pictures for informations about my plans going forward. 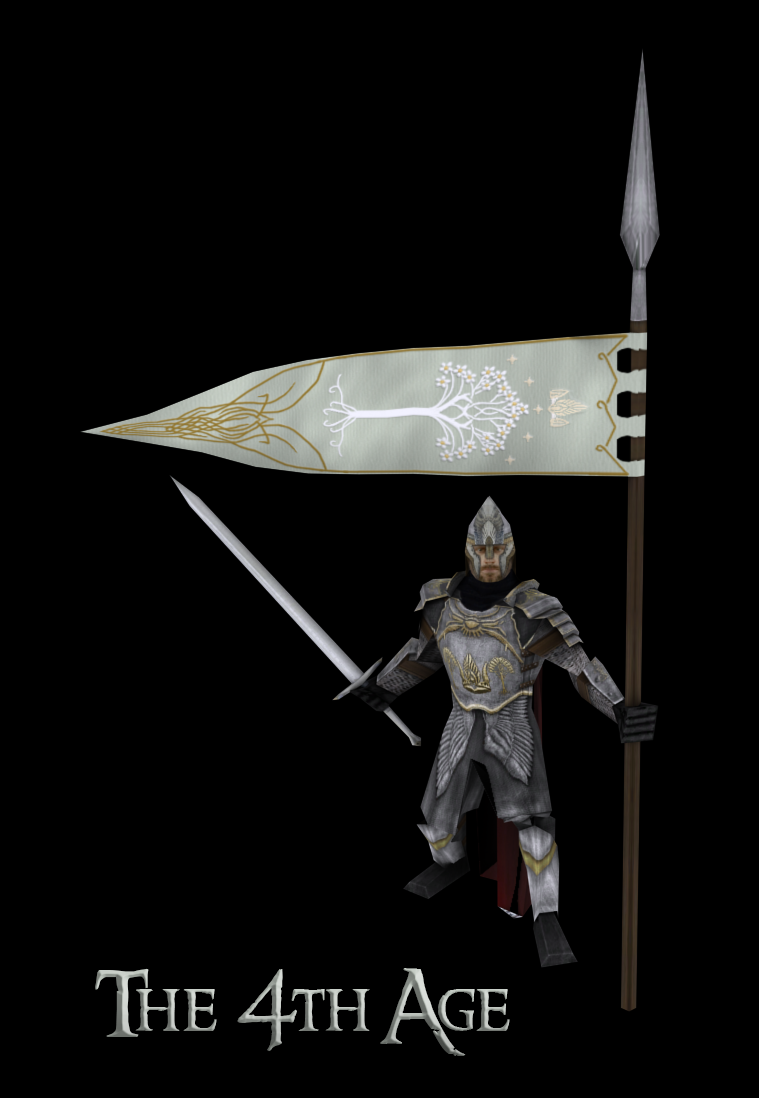 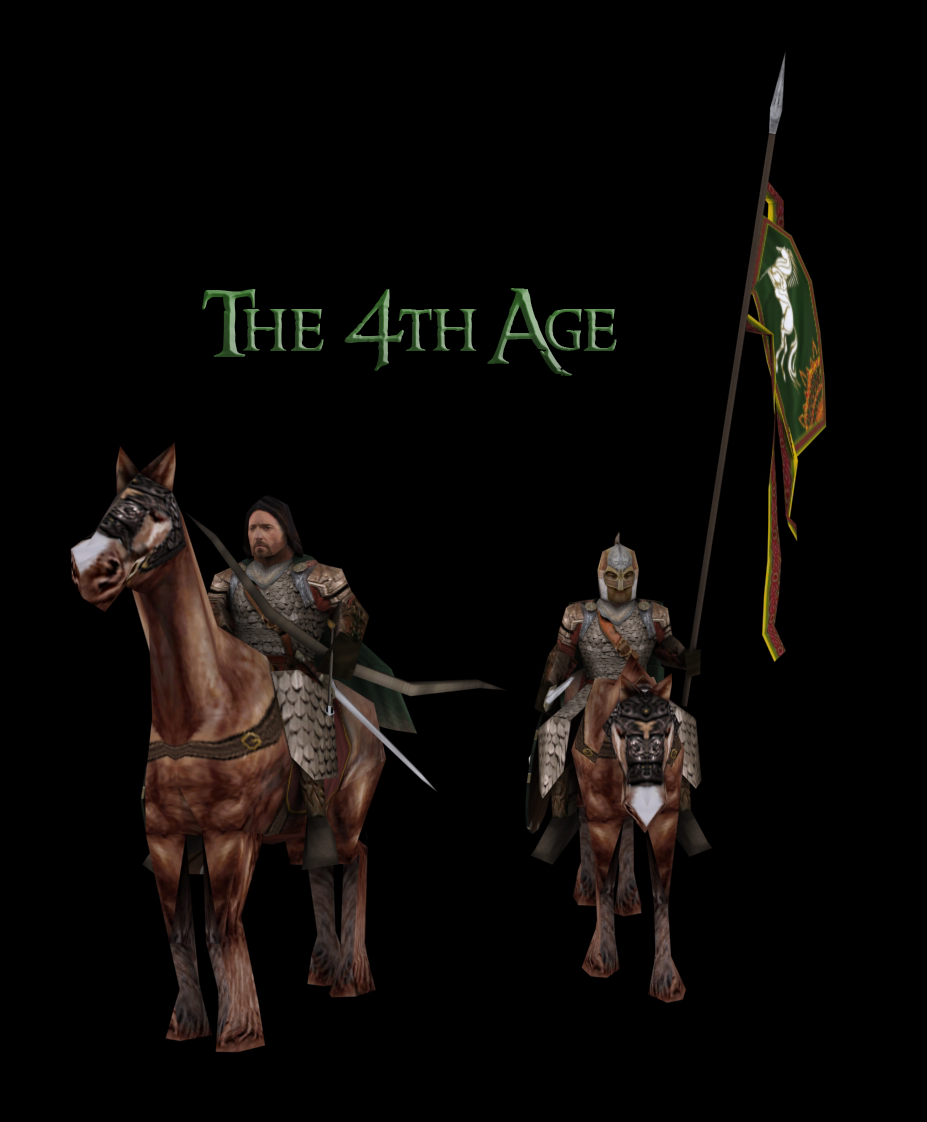 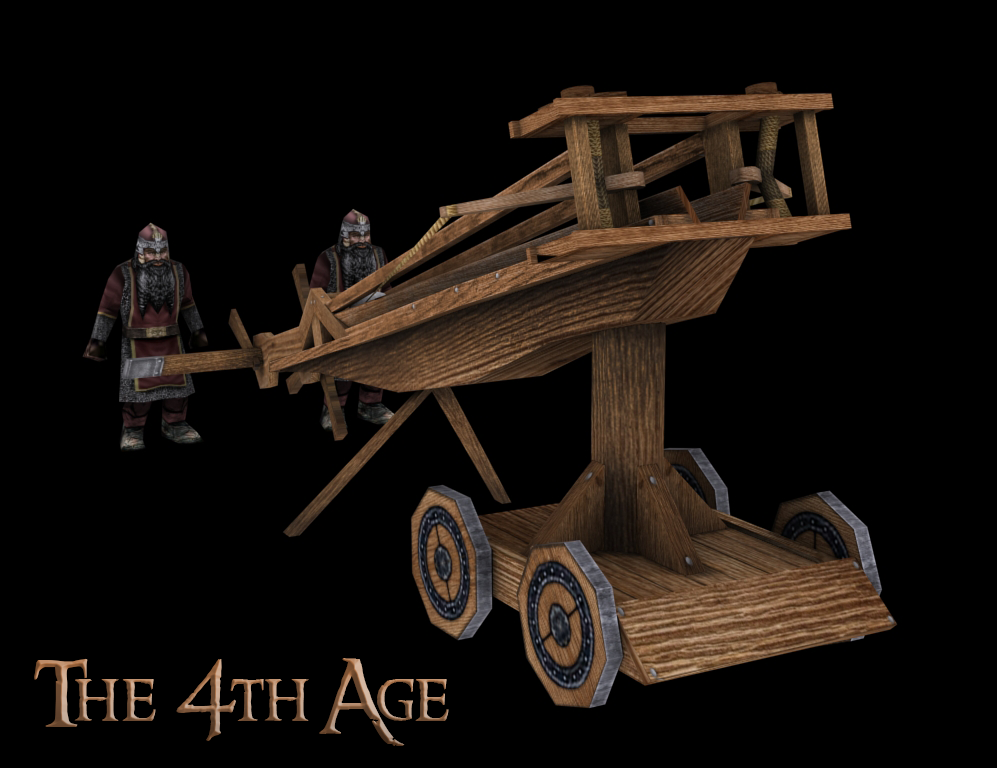 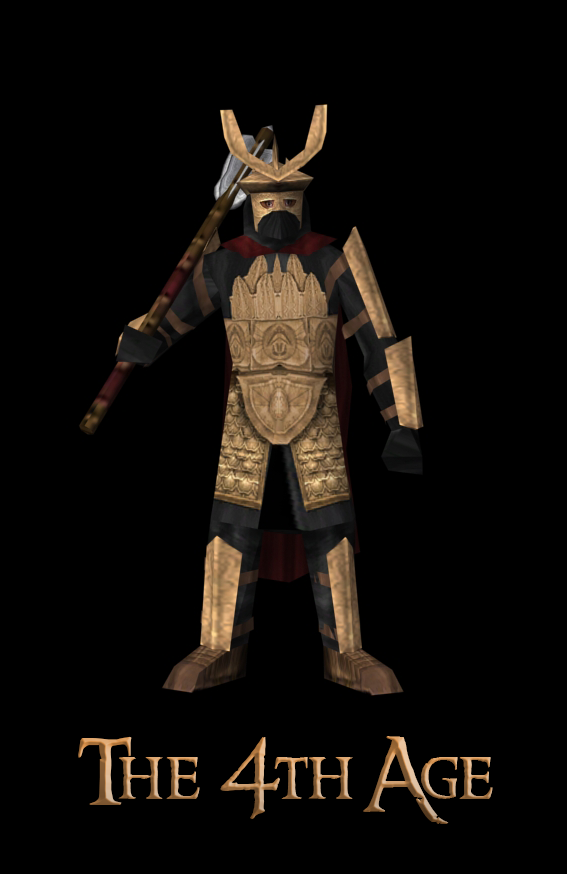 and the red dawn.

When I left the mod and the modding community 8 years ago, the mod had gotten quite a lot done since the 0.7 beta. In fact, when I suddenly felt an urge to return to the mod a couple of months ago to complete the mod, or at least update it to work on the newest 1.06 community patch, I was surprised at how "little" was left to do on Gondor and Rohan, specifically.

Thus a motivational surge was kindled, and a lot of coding has already been completed during this summer. However, coding is also where most of the work left to do remains, and you probably won't get a lot of updates on new or updated models going forth, which is usually what's easiest to show off. I am kind of a perfectionist, so there is a lot of old models I would like to remake (I've seen how far the art in this community has come, and I want in). However, I would much rather be able to release the mod in a fun, functional and "as-bugfree-as-possible" state to you as soon as possible, and save potensial upgrades on the art department for after an initial release.

Therefore, the release plan is as following:

While I make no guarantees, this is the plan I'm working towards. I'm pretty confident that 0.8 will be released within a few months or the end of the year, with or without Rhûn's AI, and after that I will simply have to see if I'm up for doing Harad as well. By the way, voice acting isn't included when I say a faction is "complete". I've enjoyed my summer vacation immensely working on this, but my job starts again tomorrow, and I won't be able to keep up the production I've had these past weeks.

Now, I'm working on this mod alone. While I've had help in the past, particularly from Mathijs, this was always "my" project. That doesn't mean that I wouldn't like help, should you be interested in helping out on any of the following:

Just send me a message here on Revora, on Discord or ModDB if anything sounds interesting.

That's all for now. While I will still be posting here on Revora, feel free to join the newly created Discord server, or the mod's page on ModDB. You may even visit the mod's old website, though updating that site is not a priority.