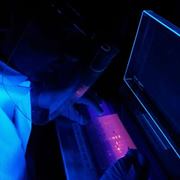 Kazyumi hasn't added any friends yet.

Hello all! I'm planning on making a mod for Warcraft 3: The Frozen Throne.

The plans are as follows:
-Introduce 5 new factions with their respective heroes/units/buildings whilst trying to keep true to the original melee flavour.
-Rework the 4 factions to fit with the new factions.

I noticed these new forums.

I once attempted to make my own melee mod map. My personal Warcraft 4 as I had anticipated it to be before WoW started going apeshit on the lore.

Let me lay it down for you...
I tried to add in additional races into the old mix and bringing back heroes to 3 per race.

These races included:
The Forsaken (split from UD with lots of skelly units) - heroes: Dark Ranger, Dreadlord?, -some banshee hero-
General concept is to make them a kind of a cross-breed of the Night elf and the humans. Weak and cheap units like skelly archers and soldiers. They'd share a couple of units with the undead until models and ideas are made for air units and siege.

Blood Elves (based on TFT and Highelves from ROC) - heroes: Ranger, Bloodmage, Rune Knight (anti-magic hero somewhat like Demon hunter with the model of the Blood Elf captain).
They'd be pretty much based off of the Highelves from the campaigns. Magical towers, Highelf structures - models are pretty much all in the game already. Ofcourse they'd get all the Elven units from the humans so they'll both need placeholders. I was thinking since the Humans would miss their Dragon hawks maybe they'd get a tougher Flying machine like they had in ROC.

Elune's Corrupted (the leftover of the corrupted Satyrs/Night elves). Some models are already in the game - the corrupted moonwells and treants. The Satyr npc models will work well for starters aswell as well as some corrupted forest beasties. Not too sure on the heroes yet.

Naga - heroes: Sea Witch, Royal Guard, Sea Giant.
They are pretty much are all done from the campaigns, only need working on heroes

Burning Legion - heroes: Fel Blade Master, Pitlord, Eredar Warlock
I planned on having them half Fel Orcs (for melee/light caster) and siege Infernal Cannons, Void Walkers and heavy melee Infernals. Air would be Red dragons. What would distinct them from the rest is that they'd do chaos damage - ofcourse this is going to need heavy balancing.

I had modified a melee map to start ingame with a script that gave you a race selection. Sadly I've lost all my progress thusfar during a system crash/harddisc format.

Anyone interested in picking this up with me?
We'll have to start from scratch but I have some experience.