Any news on the upcoming Commandos game or remakes by Kalypso?

I was just wondering if anyone has heard or seen anything new about the upcoming equal or remakes of Commandos from Kalypso?

It seems they have been completely silent ever since the original announcements, I wish they'd release some news on how the development is going.

There's only a very few posts on their forums. The latest one seems to be from an admin, who says they can't reveal anything yet; that post was from about a month ago. In another, slightly older post, he refers to the Kalypso News Feed for information on upcoming games. I guess we'll have to be patient ...

...Twitter doesn't help much at all. Wherever I tried to have an answer, a firm NO or YES if things are going in the background, nobody of Kalypso's officials responded. Seems we're out of luck on the news part.

At any point, don't expect much. Nothing may happen and it could be Kalypso trying to gain more attention from the media. I can't say I played any of their games, despite the popular franchises. None.actually.

Looks like Kalypso has released a german version of C2 on Steam. Press release says "for the first time ever". Next to that their post on Facebook contains a reference link as "http://bit.ly/CommadosReturns)", which leads to the license announcement from June last year.

Reads for Developer of German Digital Version. Whatever it sounds I never heard of that studio. Either just founded or dunno.

Some user on Facebook asked them why game still requires compatibility options on newer operating systems to run properly. An answer by official employee states:

We are still working on other projects regarded to Commandos. 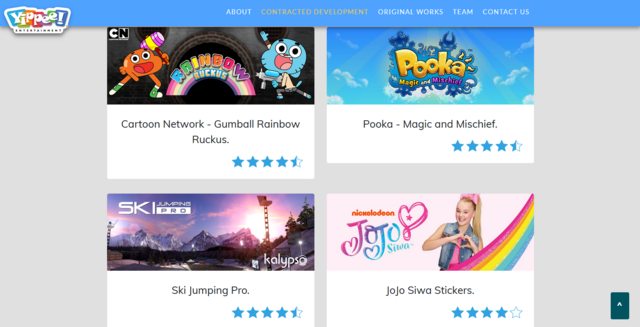 LOL..WHAT? If I'm on the right path, this is Yippee Entertainments own website. These "products" are listed under "CONTRACTED DEVELOPMENT" tab (nothing like Commandos mentioned everywhere!). No wonder I never heard that team before. Jojo Siwa Stickers, lol.

I guess the reason why Pyro switched to mobile games only is because it makes more money for them than a new Commandos game, microtransaction plagued games whether you like it or not makes companies quite a lot of money however greedy it is unfortunately. I'm only slightly ok with microtransactions if the game is free to play to start with. And omg I want Jojo Siwo Stickers game plssss that looks amazing, who needs Commandos 4 when you have bloody brilliant games like that

Great news! Just a shame it looks like they only remastered the 3d models and not the maps which look pretty much exactly the same

That video is... weird. Why not show a real comparison or whatever. This is 2 minutes and 50 seconds of talking with barely 3 seconds of stuff to actually see.

And I don't think the models were that simple in C2. They oversimplify. Still it's good to see the rights to using this stuff are with mr Perez apparently, those were never transferred to some company (eidos or SE or so).

Remember that this is "Pre-Alpha", as well its done by a studio with actually no background.As I said in the E3 topic, it has never done a triple-A game - we might be in for the biggest disappointment, ever.

@up, Commandos was never and will never be a triple A game either. It is rather niche type of game. Still, I know what you mean and we should manage our expactations.

Back to Commandos HQ